Posted on Published: May 14, 2021 Categories Woolwich 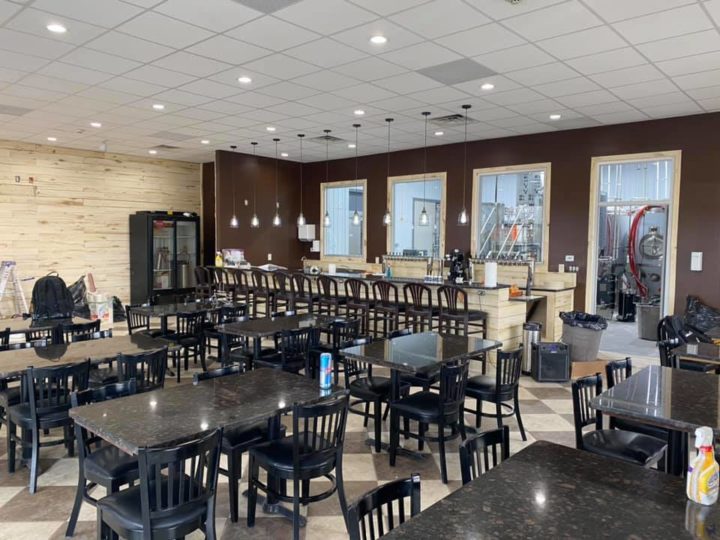 They are located as the end unit of a newer small strip mall, just south of the Swedesboro Diner, Botto’s and Red Hen.

While the address for the brewery is technically 95 Woodstown Rd, the building has the well known Kings Highway running behind it.

As a side note, also just 2 minutes away is the equally awesome Independent Spirits Distilling. While they both aren’t far from our core 42Freeway area, it’s definitely worth the “one-two punch” of allowing some time to check out both places when you come to town!

From much of 42Freeway turf you can head across rt 322, and they are also not too far off of Rt 295. Well more on that later… let’s talk brewery and beer!

The new brewery has a very inviting and well styled look to it.

The brewhouse sits in the back, tasting room in the front (makes sense of course!)

Large windows in the wall behind the bar give a constant view of the brewhouse. And a door to right leads into the brewing area where tours are conducted.

They really thought this through. Their is no confusion of “Umm.. where do you brew? How do I get there?”. It’s all right there and easily understood. Sitting at the bar you are basically looking at the brewhouse!

The decor is earth tones and has a hint of 1800s styling. Not full steam-punk.. but it has that “character” to it.

The bar has seating for 11 people, and of course tables are available. A fair amount of tables, actually.

As a reference point, the tasting room seems to be about the size of Axe and Arrow in Glassboro, or maybe Neck of the Woods

I didn’t get a ton of information on the brewing equipment, but I do know it is a “10 Barrel, 2 Vessel Brewhouse”, developed and installed by Specific Mechanical out of Canada.

While the Swedesboro Brewing website lists 12 beers at opening, they have 24 taps behind the bar, so plans for many more beers to come!

I’m going to run down a some of the core items of the new brewery in this post, calling out who they are, and the beers.. but I want to point out that they’ve done a really nice job getting the website ready, and if you really want the details on their beers, check out their website.

Their website is easily one of the best presentations and details on a brewery’s beers that I’ve seen yet.

Swedesboro Brewing: Who Are They?

Swedesboro Brewing was cofounded by Marvin Bowe and Kevin Bain in 2020… but the story goes back to decades of being craft beer lovers and home brewers.

They both were raised in Philadelphia as friends in the same neighborhood, and while they ended up taking two different succesful paths in life…. their friendship and love of beer brought them together to form the brewery.

Like the best Marvel Supehero movie plot, they each bring unique skills to the venture… which seem to match-up perfectly!

Kevin has a scientific background and a 20 year career in healthcare and adjunct faculty at the University of Sciences. If you’ve ever really gotten a tour of what it takes to make a successful large batch of beer, there definitely is a ton of mad scientist in the mix! Kevin manages the Brewhouse side of the business.

We take crafting beer very seriously and we experiment regularly—that’s the scientist in me speaking. But above all, we love producing different styles of beer for our customers to sample—some styles will stay the same and others will change over time—and that’s how beer was intended.

Marvin spent 20 years in creative fields… advertising, Creative Director, and also taught at Northeast Catholic. Marketing, presentation and style.. also very important to a successful business. Marvin of course is fully involved in the beer process… and is the Taproom Manager!

We want to give the community a hometown brewery as a destination to celebrate the history of Swedesboro and enjoy each other’s company while drinking exceptional beer of the highest quality.

But it’s an interesting mix of skills that came together to form this new brewery.

With the start of the brewery, they added professional brewer Andrew. According to an excellent and informative article over at Pretzels Beer Blog, Andrew was previously the head brewer at Tuckahoe Brewing

Pretzels Beer Blog also tells us that Kevin has family ties to the Swedesboro area, and Marvin has lived in Swedesboro for over 10 years! A local, local!

I have been down to the Swedesboro Brewery a couple times before they opened… the first time the room was cleared for construction, most recently I was there when the Taproom looked mostly complete…

But I never timed it right to be down at Brewery while the guys were onsite! Doh!

So I haven’t tried their beers.

So from their information… I’ll share the starting list of beers the are working on! No guarantees from me that all of these are available opening day.

Oh did I mention their mascot is a racoon…and he is featured on the logo?! Hoppie the Raccoon!

Well he makes it onto the first beer listed on their website Raccoon.

Again… for details on all of the beers... check out their website! Excellent descriptions, food pairings and glassware to use!

This is a new business, so be sure to check their hours! 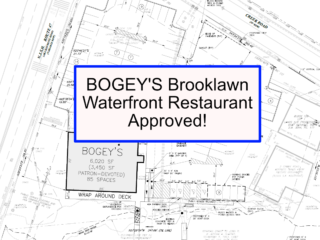 Previous
Brooklawn Circle Waterfront Bar/Restaurant and Dock Approved! Bogey is Back, Baby! We Have the Siteplans! 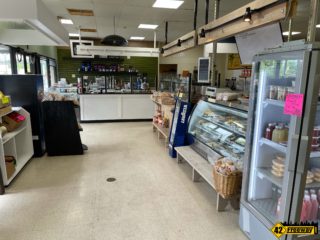 Next
Stratford's Philadelphia Provision Company Is Open, Bringing Us Tasty Area Favorites... and Making Their Own Deliciousness!