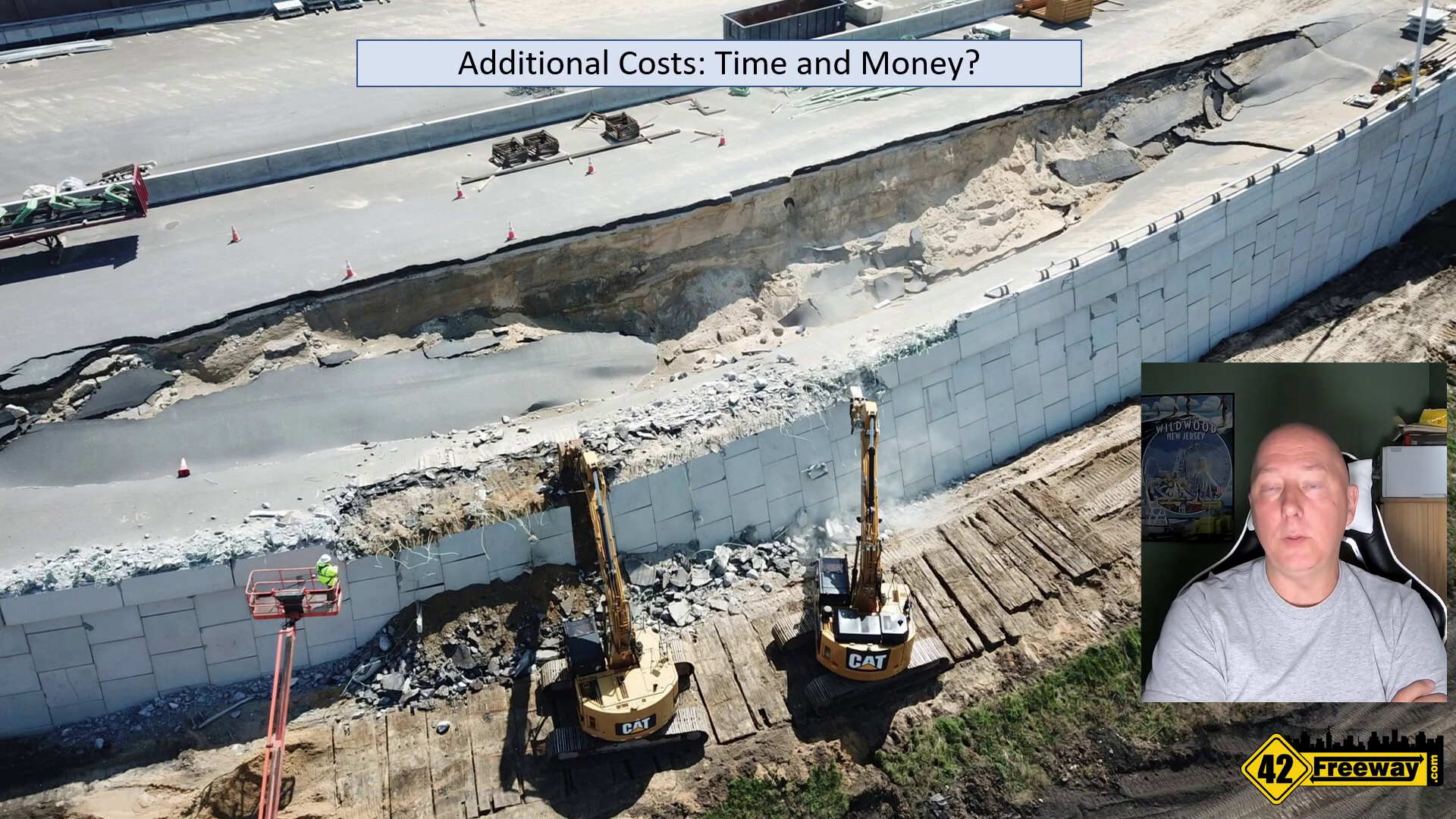 NJ Department of Transportation is conducting a Public Direct Connect Project update on Wednesday, April 7th!  You need to register in advance to listen in, and you can submit questions.  Plus, ANOTHER 42Freewway commentary/drone video (Below) 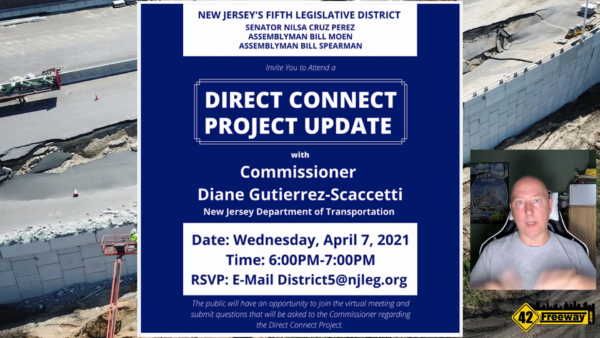 As widely reported in media and 42Freeway, on Thursday March 25th, a large segment of retaining wall and roadway for the massive Direct Connect project for Routes 295 and 42 in Bellmawr New Jersey… collapsed.

In a video on March 28th, area retail and road (commerce) website 42Freeway published a post and video of the project, including some theories.

From our prior post we explained the project as:

The 42Freeway post and video stirred a lot of interest and comments… mostly were positive towards the content mainly just due to awareness brought to the project.

Many offered their own theories.. and we talk about them below. 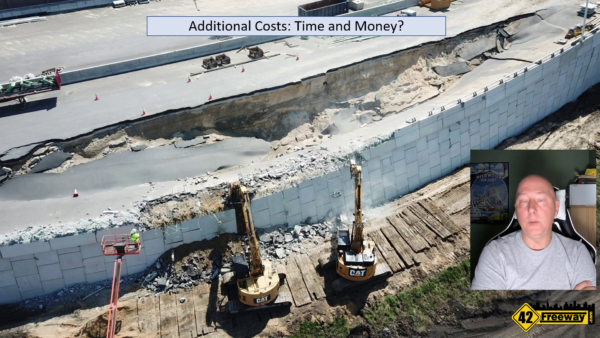 Bill explained he follows the 42Freeway posts, and saw my Direct Connect collapse video and post.

Bill was looking for answers also.. but also inquired about my comments on the lack of proactive communications on the Direct Connect projects.

In my video I had called out.. that when asked directly, NJDOT is responsive to reply.  But the proactive explanations for the public, and even clear project descriptions, are very lacking.

Assemblyman Moen said he too was looking for answers.

… the Direct Connect Project Update has been scheduled for this Wednesday!

Well a big THANK YOU also to Commissioner Gutierrez-Scaccetti!

You need to register in advance.   Registration is specific to a viewer.

You can email or use the online registration link

A few topics that 42Freeway would like to be addressed if possible…  and a suggestion or two.

This really goes without saying:

A December 29, 2019 article at NJ.com gives an update on the project, and a NJDOT spokesperson informs:

That schedule is off by about two years from a 2022 completion date because some modifications had to be made to pre-cast pier designs.

It would be great to get additional details on the pier redesigns. 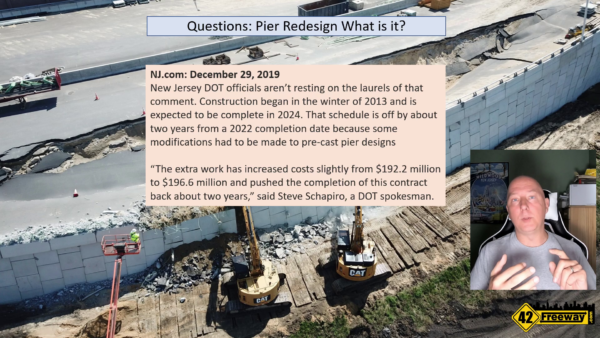 We’ve learned from an article at Construction Equipment Guide (Feb 11, 2021) that most things are worked out on the Temporary Browning Road bridge.. and they are securing additional work area to assemble the bridge. 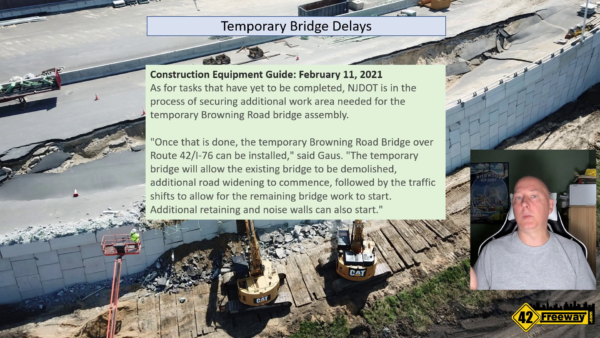 More of a suggestion than a question from 42Freeway.com (and residents)

In the video below, Mark shares a website of the Colorado DOT where they faced a similar retaining wall/roadway collapse.. and how they handled the communications aspect 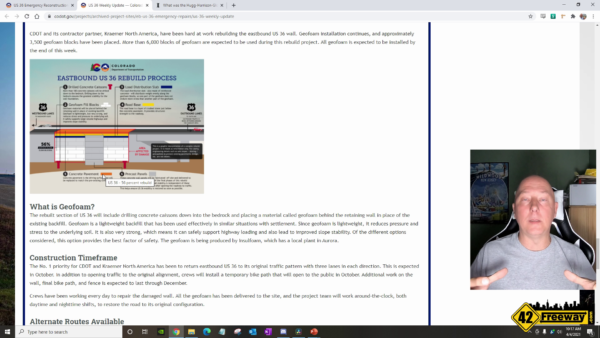 In the video below, Mark shares video from last Thursday where the crews are already taking down the impacted retaining wall.

It’s also clear to see they have already leveled out the large humps that appeared in front of the wall.

The scope of the roadway collapse is very evident when you factor in the size of the CAT equipment seen in the video. 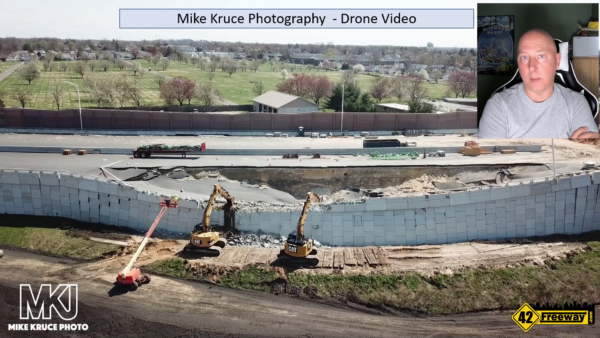 From the prior post we got a LOT of comments and messages.

Most were on board with bringing additional awareness to the project.

Some followed along with Mark’s theory… well one or two called out “Don’t even try…. you aren’t a civil engineer”

Well.. I do have an Editorial Opinion and I put my neck out there with it.  If anything, it definitely helped bring awareness to the issue.. and the Project Update meeting Wednesday is part of the outcome

The missing link I left out seems to be WATER!

Several readers brought up water impacts on a project like this, with two different themes.

While I was on point with pressure (if not obvious) the core theme was… water is involved in some way, to impact the stability of the core foundation and cause a SLIDE…  The roadway slid down and out from the embankment. 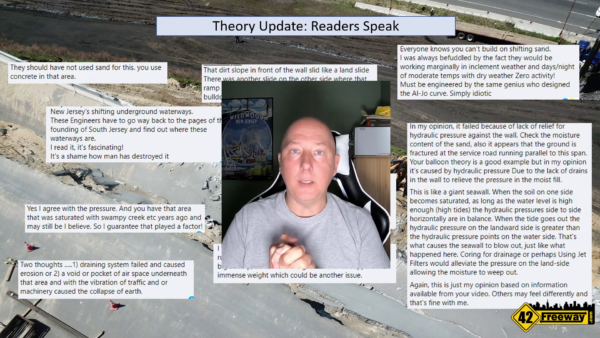 Bellmawr: Living in a Construction Zone and Getting…

I think the Project Update should probably stick with topics directly related to the project as it is only an hour.. but realizing I have folks’ attention, let me call out a few things about Bellmawr and this project, where I feel the residents have had to give, give, give.. and when they asked for something…

While other towns are listed as being impacted by the construction of Direct Connect and Missing Moves, no one is going to deny the core of this construction effort is in Bellmawr.

and for what?  Where is Bellmawr’s win in this?

In the Bellmawr Park housing development, h0mes were relocated.. again.  Again because this happened originally in the 50s, and now for this Direct Connect project it has happened again.

In the new project, several multi-family units were relocated from the core Bellmawr Park neighborhood. 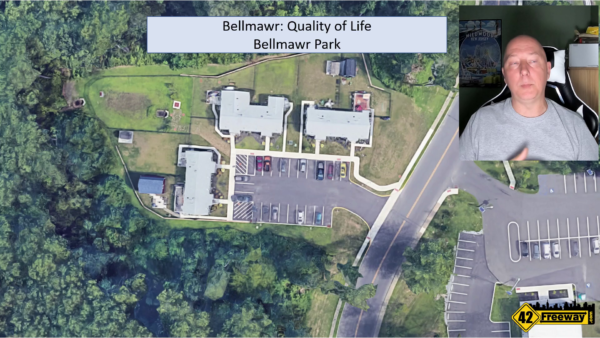 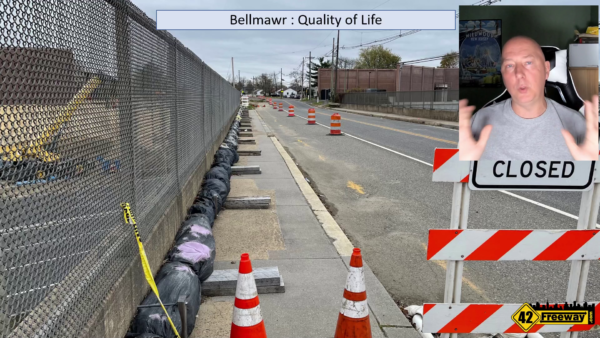 Still to come.. is the massive 40ft barrier and elevated roadways through the center of town!   I don’t think residents are fully aware of this! 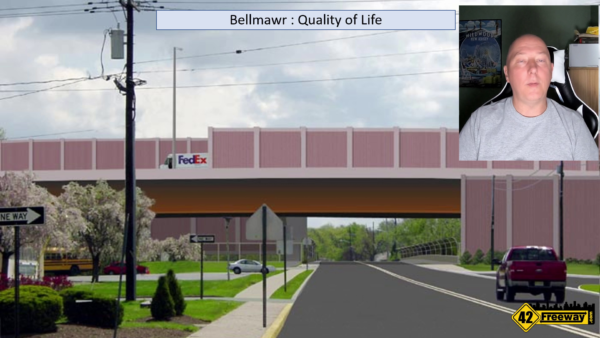 What Bellmawr didn’t get:

The new Missing Moves project will solve the missing connectors of 295 and 42.

This actually has some direct benefit for Bellmawr, in that currently countless drivers are forced to get off the highways and travel the Bellmawr local road system.. and with the completion of Missing Moves, the towns should see some reduction in local traffic.

But one aspect the town asked for that they could net get.. .was an exit off of 295 or the Missing Moves road, in the area of the landfill.

This would’ve been beneficial for local residents, but was also a big “ask” of potential development projects for the landfill acreage.

I know this was asked for… but to be fair I don’t know the details of what happened with it. 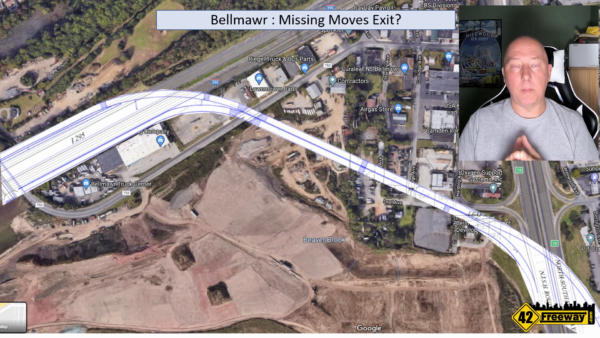 People have lived within the Bellmawr boundaries for hundreds of years… but most of that time it was farmland and woods.

In the early days of our country it did not develop into a full town, and has a limited known history because of it.

One connecting piece to a time long lost was the Hugg Harrison Glover House… which is now gone. 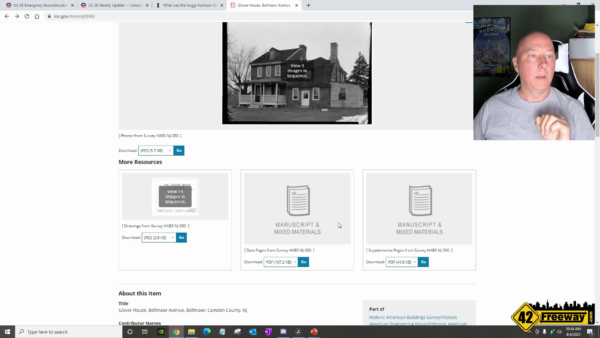 The house was located in the back corner of the cemetery and dated back to the 1700s.

While organizations and politicians were trying to save the house, and even have it moved.

It was surprisingly demolished one morning, to make room for the roadway project.

Register online with this link. 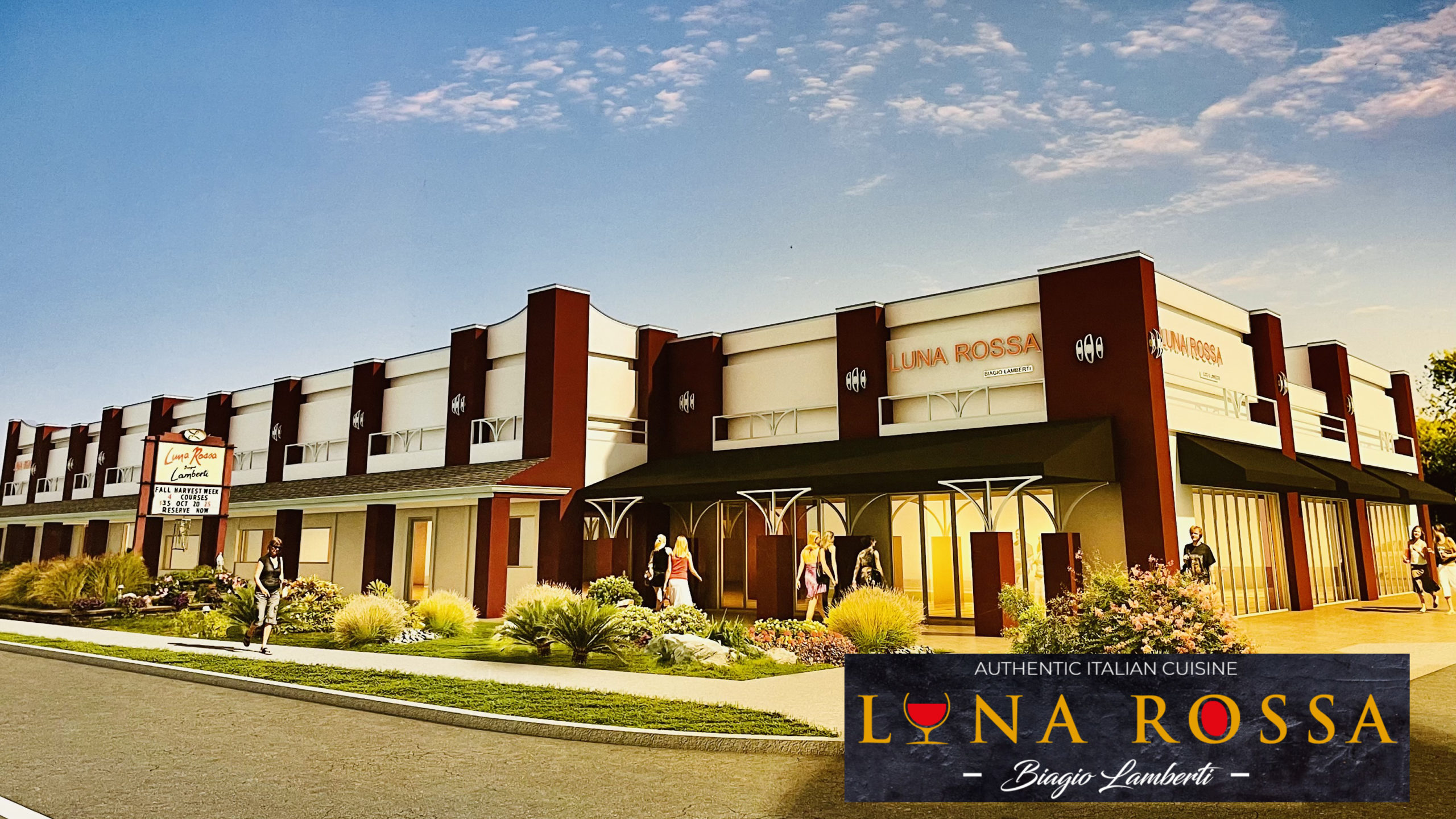 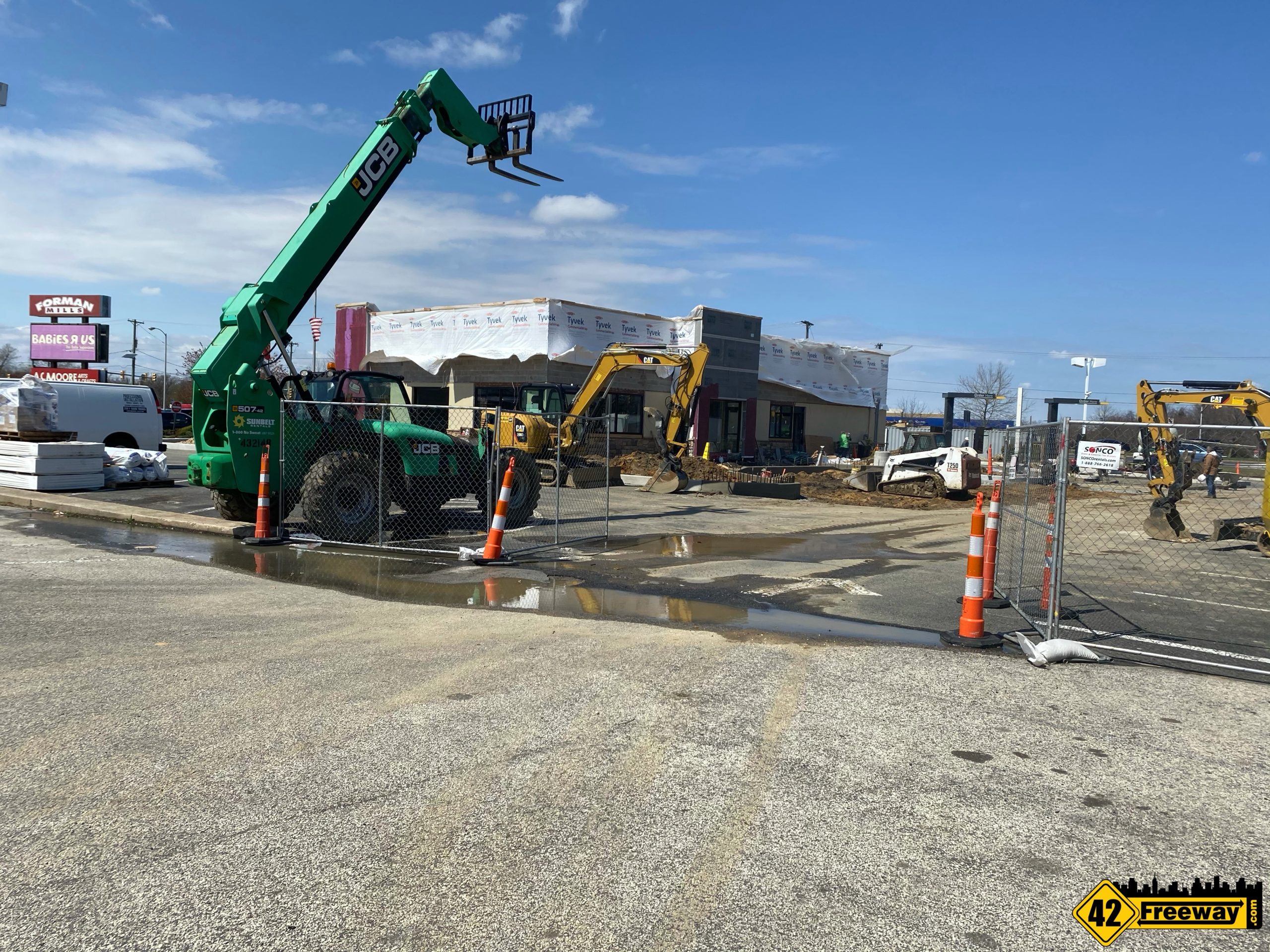