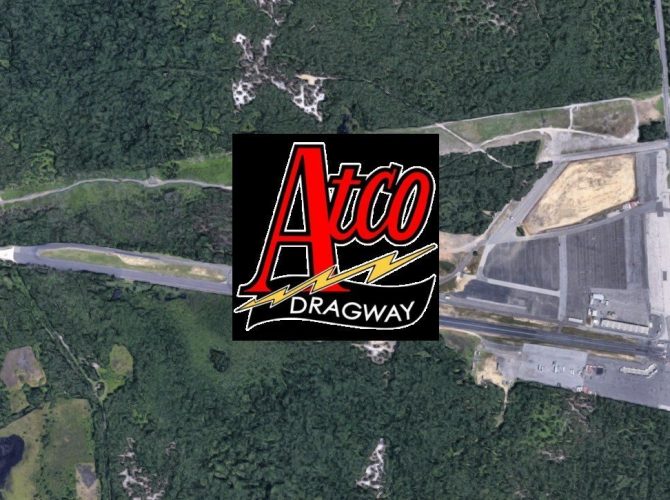 For 60 years the Atco Dragway has thrilled area racing fans with drag racing competitions on it’s 1/4 mile track.  But according to comments in the May 2020 Pineland’s Commission Meeting Minutes, a buyer has signed a contract to purchase the dragway property, presumably pending approval of “change of use” to an automobile storage and auction Facility!

We are not clear on if “change of use” means they are adding additional uses to the property, or if the days of drag racing at the Jackson Road complex are running out.

This story was first published earlier today by DragZine.com.  Please read their article here, and like their Facebook page here.   Also a big thank you to a 42Freeaway reader for pointing out the article.

So back to the story!  That area of Atco is part of the Pinelands, a 1,1 million acre protected natural reserve, under the watchful eye of the State’s Pinelands Commission.  The Pinelands were created in a Congressional Act in 1978 and it is the first National Reserve in the United States.

So it’s kind of a big deal.

And you can’t just go into the Pinelands and develop things or change the land’s usage without approval from the Commssion.  The Commission has a legal right to know and approve plans for Pinelands properties to ensure that it doesn’t impact the Eco-System.

In the May 8th Pinelands Commission meeting minutes they share the following item.

Staff held a pre-application conference with a contract purchaser of Atco Raceway to discuss the potential change use of the raceway to an automobile storage and auction facility. The applicant anticipates submitting an application to the Commission in June.

Also in the same meeting minutes there were questions on a prior land clearing:

Chairman Prickett asked about the status of the clearing that occurred at Atco Raceway.
Director Horner said approximately 17 acres at the raceway were cleared for an agricultural use several years ago. He said there was a rumor that the cleared area was actually for additional parking at the raceway. To date, an agricultural use has never been established and the area has not been reforested.
During, the pre-application meeting, the contract purchaser said that there was a plan to reforest the area.  Commissioner Avery said staff may want to evaluate the benefit of creating a managed grassland in the cleared area rather than reforesting it.

Hopefully there is a good explanation and the Commission doesn’t hold a grudge!

The folks over at DragZine say they reached out to the current owner, but they were unavailable and had to leave messages.