The Deptford Township Police posted an update on their Facebook page saying around 11:00 am the lost bear was seen behind “Court at Deptford II” which is where Barne’s & Noble is, and was headed towards Best Buy.

The Deptford bear was last seen a short time ago (11am) behind The Court at Deptford 2- Moving toward Best Buy. This wooded area is an extremely unstable and dangerous area for foot traffic.

Traveled Through the Heart of Shopping Mecca

Earlier this morning a Deptford resident posted a video of the bear on Ladd’s Lane in Deptford, sitting in a home’s front yard eating from a trash can.  That means he has traveled this morning during daylight, through the massive Locust Grove development past Loews, and through the heart of the Deptford Mall Shopping District!

The Ladd’s Landing development is separated from the mall area by the adjacent NJ Turnpike.  There is a small bridge at Turkey Hill Road to cross over to the Locust Grove shopping center.

Leave him alone, or move?

I get the idea of “leave the bear alone” but I am strongly leaning towards tranquilizing and relocating the bear.  The NJ Turnpike and the Deptford Mall are not the bear’s natural habitats.   Eating from residential trashcans is not the bear’s natural food source.   If he is from Winslow woods (where there was a fire was)… how is he expected to find his own way back into his own woods, 10 miles away… through heavily congested roads, neighborhoods and commercial districts? 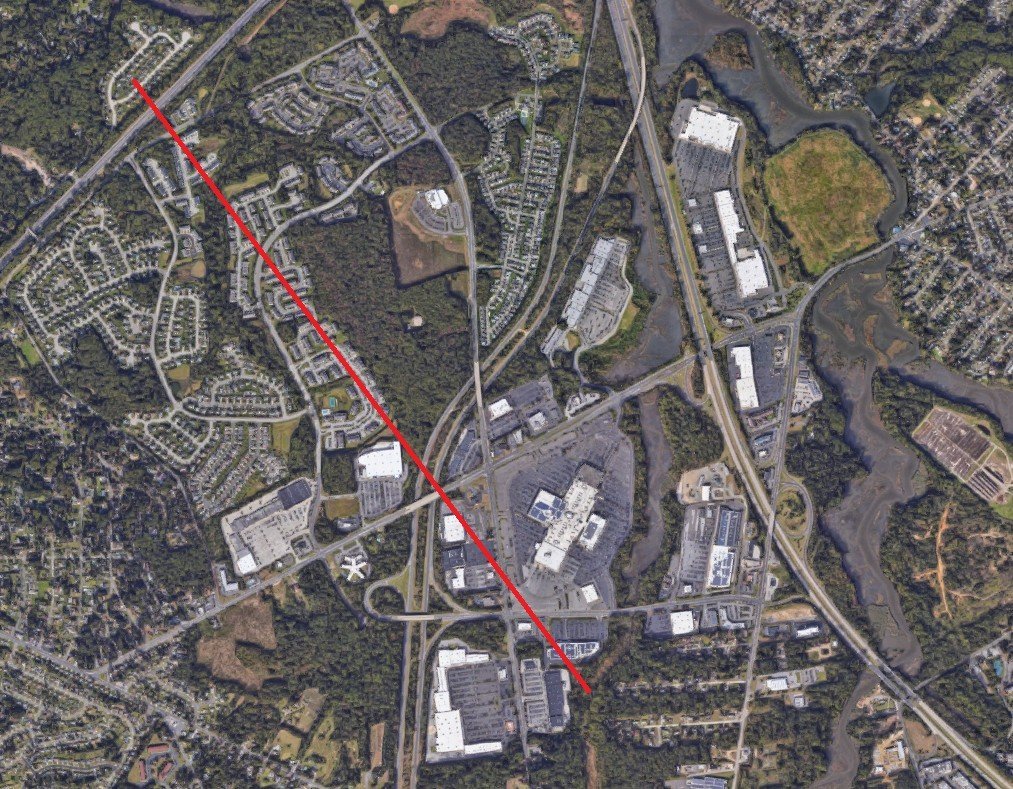 Dollar Tree has been quietly putting together another Turnersville Dollar Tree store, this one located in the Cross Keys Commons shopping center, across the parking lot from Walmart.  We drove by on Sunday and a sign on the wall said "Opening in 4 days"... which if accurate means they will be opening this Thursday (April 16th).

Neck of the Woods Brewing Company in Pitman NJ is targeting a late April, early May opening! The unique location is within the massive Total Turf indoor athletic facility on Lambs Rd, which attracts 80,000 people a month. NOW Brewing are a great group of local guys, with a unique twist on the brewing process... the beer served from the tasting room taps comes directly from the brewing tanks!
This Post Has One Comment