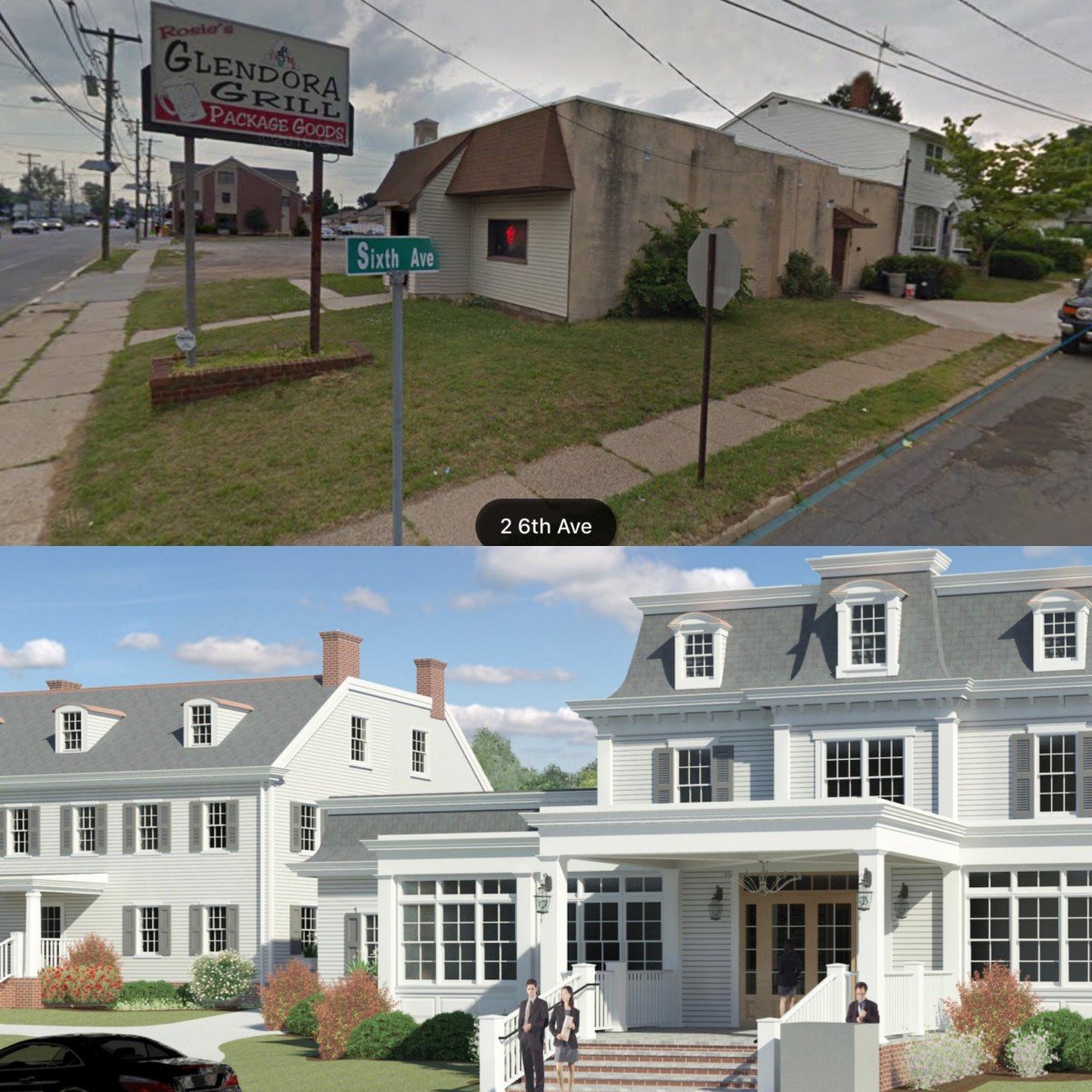 There are several things about this story that you may not know, and I’m just going to bullet this out:

So that mostly covers it, but here’s some more that I found in my internet researching.

While I knew that Rosie’s Glendora Grill had closed near the end of last year, I wasn’t aware of what the future held, and hadn’t gotten around to posting.  The information above started with a Gloucester Township legal notice regarding the request to change the ownership of the liquor license to a new owner and location.

A quick search on the web and Facebook led me to an attractive preview website for Founders Grove Event Venue, which does a good job of describing this interesting property and plans.

the simplicity of the Georgian style Farmhouse dating back to 1743. The original post and beam, turn of the century Carriage House Barn, exudes rustic yet refined style

The site also includes artist rendering of the front of the historic building, presumably after remodeling is completed.

As mentioned the house was originally constructed in 1743.  For most of the 275+ years it was owned by the same family, the Albertsons who built the home.   Close to the house is Magnolia’s Albertson Memorial Park and Albertson Ave, both of which were part of the large Albertson estate…. and I mean LARGE.   At one time the Albertson property was 500 acres!

I found many articles on this property and the family (that I seem to be the only one who didn’t know about it!) going back to the 1880s!   A Camden County Courier article from Dec 1888 describes a large barn fire on the property!

There are several articles from early-mid 1900s which describe the property and its most notable owner, Charles Albertson.  An article on the owner from the Morning Post in 1938 gives the best description…

The article title is “Defies Time On Magnolia” farm and describes how the then 83 yr old Charles was still working the farm at his Magnolia Farmhouse!  Let’s be honest… in 1938 there really weren’t too many octogenarians around let alone in shape to work a farm… and especially after the great depression!   Amazingly this is the only home Mr Albertson knew, so his tenure in the farmhouse started in 1855!   But the home is much older than that.

The article describes that the Albertson family arrived in South Jersey in 1686 when Josiah Albertson came from Holland and purchased 500 acres of land!   The original house was built in 1743, and was rebuilt in 1867 as was indicated on a stone in the foundation of the farmhouse.

In 1938 when the article I refer to was written, the property still amounted to 225 acres!  In other articles I see that that family donated some of the land to Magnolia to build the Albertson Memorial Park and as mentioned, the Albertson Road is named after the family, or Charles Albertson specifically.

Mr Albertson was a well known man in Camden County for many decades.  He started his career as an educator, and in 1890 became Superintendent of Camden County Schools.  I believe this was a big deal back then…  you have to remember there were no television,video games or smart phones… and life for most centered around community and church, so this made Mr Albertson, his family and house, well known to many.  Another early 1900s small article mentions Mrs Albertson hosting the local Women’s Garden Society at the house!

Mr Albertson went on to start the Camden County Vocational school, and in the 1938 article talks with pride how it’s students were part of the teams building distinctive buildings in the area including the courthouse!

At this time we have not been in contact with Denise Herker and her team to get a sense of their timeline for opening this venue, but I hope to speak to her soon.

From what is shown on their website, it appears they are really planning on bring this historic farmhouse back to life and to it’s younger self, opening up for the area public to see and experience, and also… giving new life to the Bruno’s Glendora Grill liquor license.

In a related note, New Jersey really has to do something about it’s liquor license laws.   While the winery and brewery licenses have opened up new avenues for businesses, it’s odd to me how restrictive the state still is.  Specifically, for the Founders Grove venue to serve alcohol  they had to purchase a very expensive full liquor license (I estimate half a million or more) so that they can serve alcohol for one or two events a week?  Gloucester Township has a similar scenario with Palace Caterers.  It seems to me one simple change in the law would be to issue special Event Venue liquor licenses at a reduced cost, and make those full liquor licenses available to other restaurants. 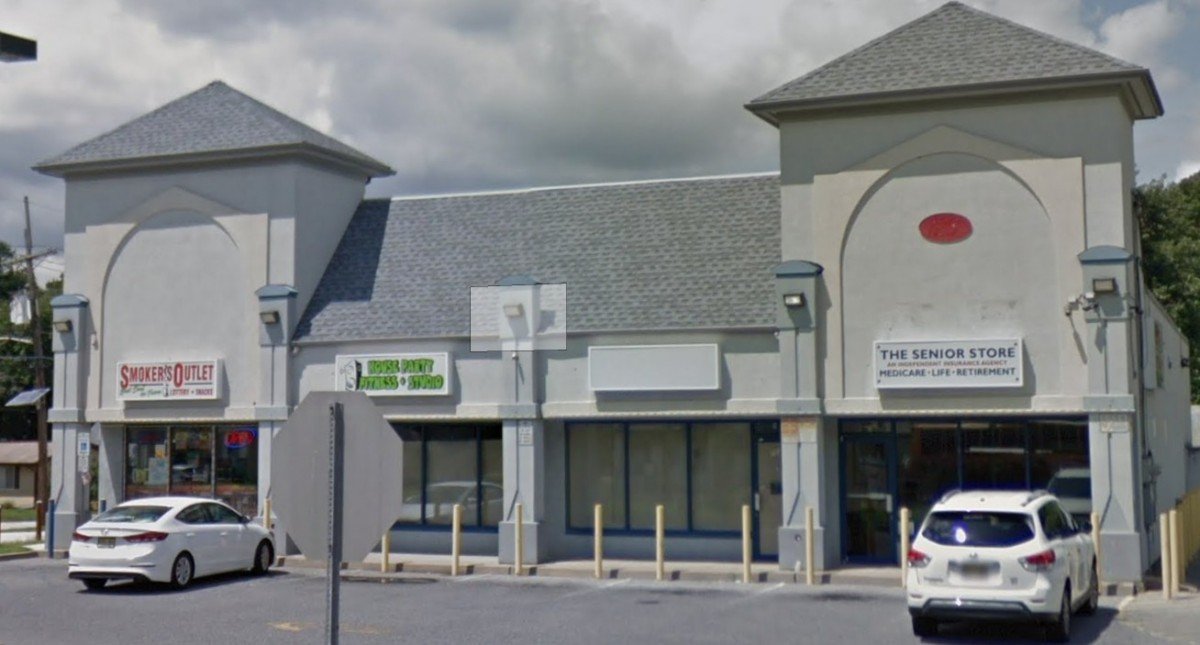 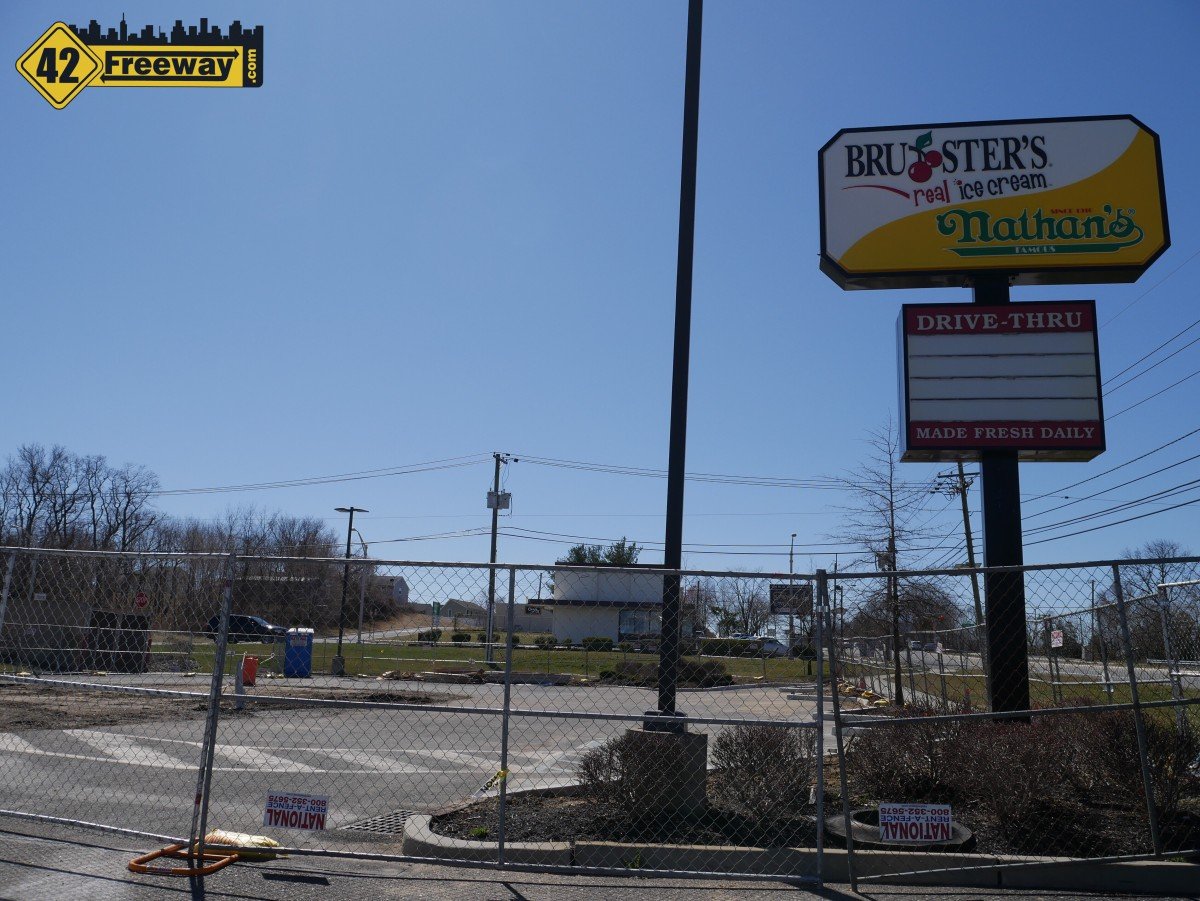 Next
Woodbury Heights: Construction Fencing at Former Bruster's. Starbucks is Still Our Belief