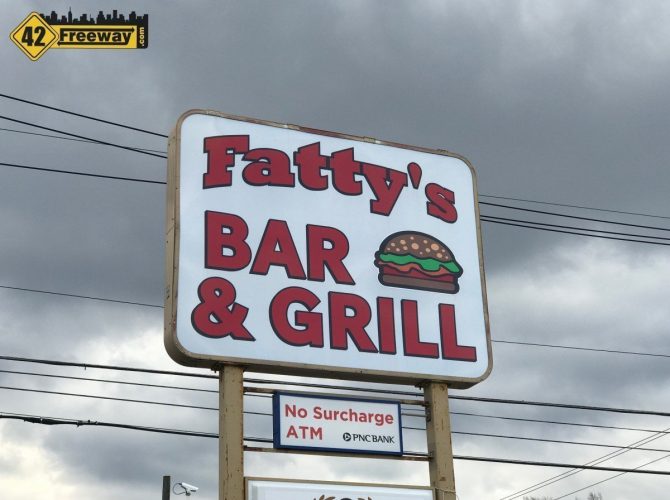 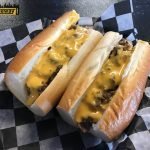 “You should try our cheese steak.  The wiz… we use real Kraft Cheez Wiz.  I hate those places that say Wiz and then they give you that cheap warehouse store stuff.”   I immediately realized I was going to like Albert, one of the co-owners of the just opened Fatty’s Bar & Grill on the White Horse Pike in Somerdale.  Anyone who recognizes the importance of real Kraft cheez wiz is a kindred spirit with me.  I also met Anthony, the other owner of the very recently opened bar (and Billiards hall), but it was Albert behind the bar this afternoon chatting with my buddy and I over a couple of beers and a delicious “Wiz Wit”. 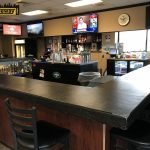 It was good to finally have a seat at the bar.  The sign has been looming over the intersection of White Horse Pike and Evergreen Rd in Somerdale for a long time, and in fact I stopped in several times in hopes of catching them open.   So yes, we can say now with confidence that Fatty’s Bar & Grill is officially open, unlocking the doors each day at 11am!  As I’ve said countless times in FB post comments… it takes a lot of time and effort to get a business built and the short story is…   this one took some time. 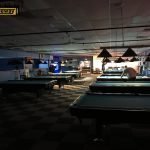 The bar is an extension to the long-standing Fat Albert’s Billiards, which is a 10,000 sq ft space of over 20 billiard tables.  The new bar “Fatty’s” sits at the corner of the strip shopping center, and if you look at the glass vestibule doors you can see the tell tale signs of a former Wawa store.  While there is some separation between the billiards hall and the bar (there are new bathrooms located between the two spaces), the large entry between the two rooms offers patrons the ability to bring beers and food into the billiards area.

Some of the conversation with Al reminded somewhat of the reasons why Hollydell Ice Skating also recently added a bar… Both businesses were already successful (Ice Skating for one, Billiards for another) but realized by adding a bar and fresh food, it increased the value and foot traffic to the overall business.  Albert mentioned the number of pool leagues and tournaments he has coming through his billiards hall… people can be there for hours, and having food and refreshments is a great way to keep them happy, coming back for more, and hopefully scheduling more events.   Almost word for word what I heard from the Hollydell folks. 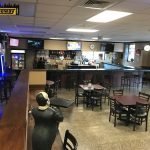 The bar itself is a decent size… 20 to 25 stools?  And the bar area has a dedicated pool table and additional seating.  The liquor license comes from the now demolished Tuzi’s Tavern. Albert said he is just getting the website ready, and has plans for adding daily specials and and events, but I imagine there is some comfort from knowing he is starting with a built in customer base from the billiards hall.   Look for more additions to the bar and billairds areas, more specials… and try the cheesesteak! Highly recommended.