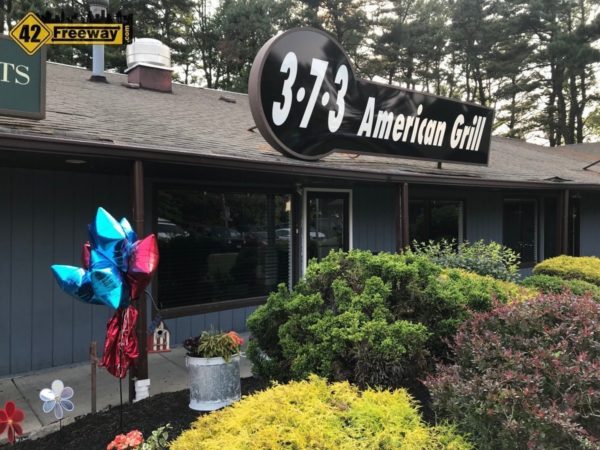 Washington Township (Gloucester County) gets another exciting new locally owned restaurant with the opening of 373 American Grill this week on Egg Harbor Road in Sewell.  Their name is a combination of the address… and that they are serving a variety of American food offerings ranging from sandwiches and pizza, to full gourmet entrees including filet mignon, shrimp & linguine and more!   The location is across from Shop-rite in the same small strip shopping center which many recognize as where Liscio’s Bakery and Philly Pretzel are located.

We stopped in during the quieter time between lunch and dinner and caught up with owners Gaston Quintuna and Dawn Keeley, who are splitting the duties in running the new eatery.  Dawn runs the “front” of the house, and Gaston is the chef leading the team in making the delicious variety of food.  Gaston was previously part of the team at Italian Affair, who established his own reputation enough to make the leap into running his own restaurant.

373 American Grill is a BYOB restaurant, and is another exciting addition to the Washington Township dining scene which also recently welcomed Pesce just up the road a bit, and The Wing Kitchen around the corner at the Wedgwood Country Club.  Hours on the 373 American Grill Facebook show they are open at noon for lunch and of course through dinner.

These are local people making their dreams happen!  Go check them out! The Washington Township area is known for it’s variety of Italian Restaurants and Pizzerias, and while there are several Italian dishes available at 373 American, the menu doesn’t call out a dedicated “Pasta/Italian” section… it’s clear the new owners targeted providing something different to the area.  They really do have something for everyone… you could bring the entire family and find something to make everyone happy.

A few featured items from the menu are listed below.  This is much less than half and is only meant to give an idea of what to expect: