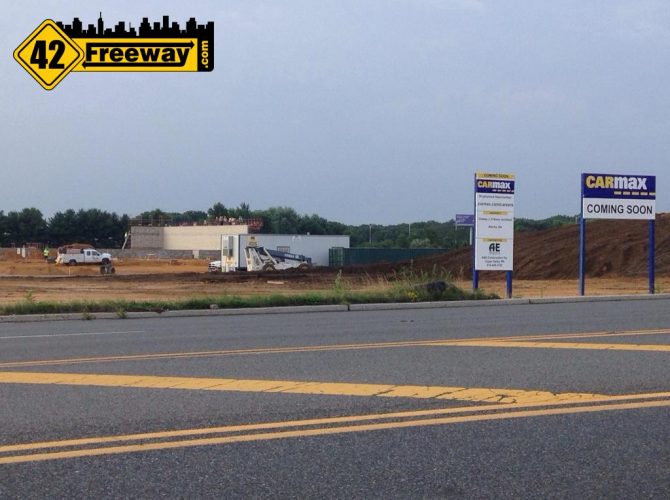 I just noticed that walls started going up at the new Carmax location in Winslow, on Cross-Keys Are directly across from the popular “Shops at Cross-Keys” and adjacent to the Atlantic City Expressway exit.

According to published reports, Carmax closed on the Winslow property in January of this year, and on March 11th. 2014 the developer started clearing land.

This is a large 20 acre property. Carmax knows how to sell cars. Lots of cars and it requires a lot of space for parking them, as well as space for drainage. The typical sales center building is over 50,000 sq ft (although I am not sure of the Winslow size), but it is known that there will be an additional 30,000 Sq ft for additional retail.

A 6-9 month construction schedule was stated which could put the opening in 2014.