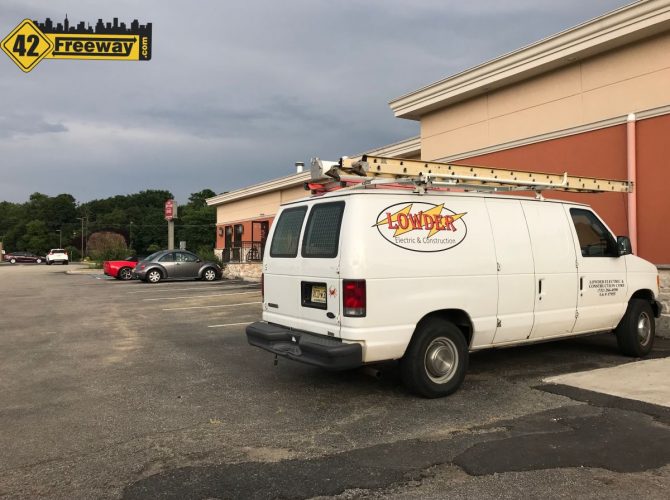 On Wednesday July 25th the Seven Star Diner in Deptford NJ suddenly closed for a temporary outage. Management put signs on the doors the next day saying “Electrical Problem”, and they also updated their website with a similar message.  Admittedly it is a little surprising that 3 days later the diner is still closed, so I drove by at 6pm and saw an electrician truck on-site, and a new large piece of kitchen hardware on the loading dock.  They also have a large generator running. presumably to keep food refrigerated?

I heard about this on Wednesday and initially chose to post a photo and brief comment to the facebook page only, thinking they would be opening soon.  But the reader comments on that post have been a little crazy…   and the fact that it looks like we are heading into 4 days closed… I decided to post.

While I haven’t had the ability to talk to an owner or manager directly, here’s my take:

To sum it up, based on the pieces of evidence I have… it appears to be an electrical problem and they are looking to open again soon.

Full disclosure:  I live near the Seven Star Diner and the family LOVES the place.  We are there multiple times a week!  Looking forward to them opening back up soon!

Taking over a prime free-standing building on Almomesson Road next to a core shopping area, the Deptford School of Rock is targeting a June 2020 opening.  School of Rock is the largest after school music education program primarily targeted at children (and also an Adult program)... with classes starting as early as 2 years old, and heading into the older teen years and adults.

The legendary Brooklawn Diner moves closer to opening, showing off its mostly complete beautiful exterior! We were tipped to the opening by the Brooklawn Town Facebook page and went over to take a few pics. Check out the post link for an additional image.

Dinner Bell, a new Indian Restaurant, has opened this spring in the Glendora section of Gloucester Township.  The new restaurant is located on the Black Horse Pike, directly behind a Dunkin Donuts.
This Post Has 0 Comments