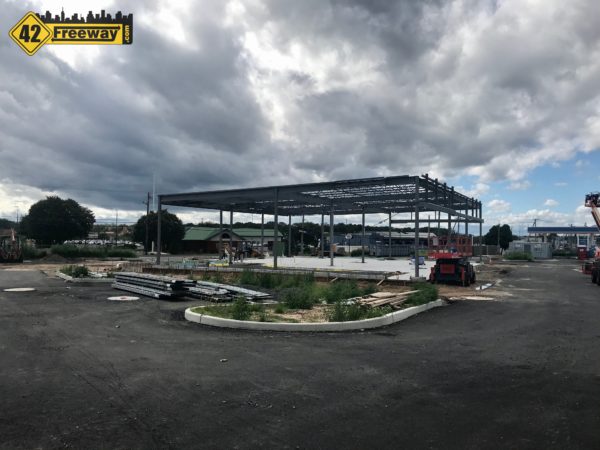 The new Panda Express and Jersey Mike’s location on the Black Horse Pike across from The House of Brews (and Walmart Shopping Center) is finally taking shape, with the construction of the steel frame going up.

The location was previously the D’eva Furniture store, and we first brought this story to readers back in November 2018.  While the property has seen some work recently, this the first sign of actual building construction.  Signage at the site states there is still 2,400 sq ft of space available.

Posting again about this project again, well… it’s finally seeing some real progress after almost 2 years, and I have several messages from people asking about what is going in  (as they missed my prior post, understandably).  Plus during Covid, people just aren’t driving around as much!

One thing to learn from these projects… they take a long long time.  And also, because 42Freeway gets the info out so early, you are aware of them much earlier, making the timeline seem longer.  There was a similar feeling about the Chipotle/First Watch project.

Panda Express is a fast-casual American Chinese restaurant chain, similar to Pei Wei.  They have a location in Cherry Hill, and also recently developed a store in Voorhees (although I am not sure if that one opened yet, as the opening was timed right at the start of Covid).

What I had not posted about for the Washington Township property, is that Jersey Mike’s Sandwich shop has also joined in on the property with Panda Express.  Jersey Mike’s traces its routes back to Point Pleasant beach in the 50s.. well the current ownership took over the shop in 1975 (as a high school student) and grew the business from there into 1,600 franchised locations!  In the same category as Subway, the offer cold “subs” and hot sandwiches, such as cheesesteaks.  One big difference tho, is Jersey Mike’s has a grill in the restaurant so hot sandwiches are made right there! 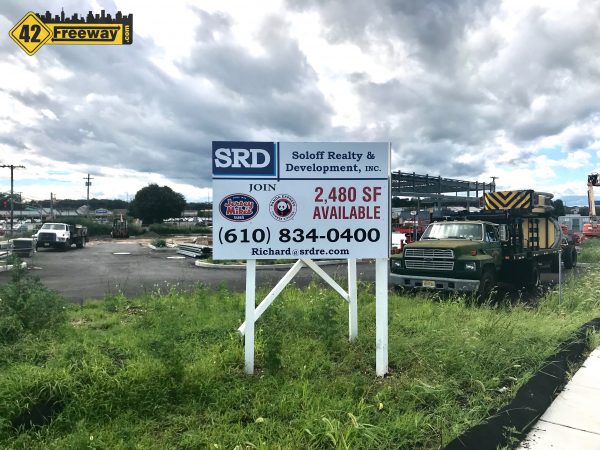