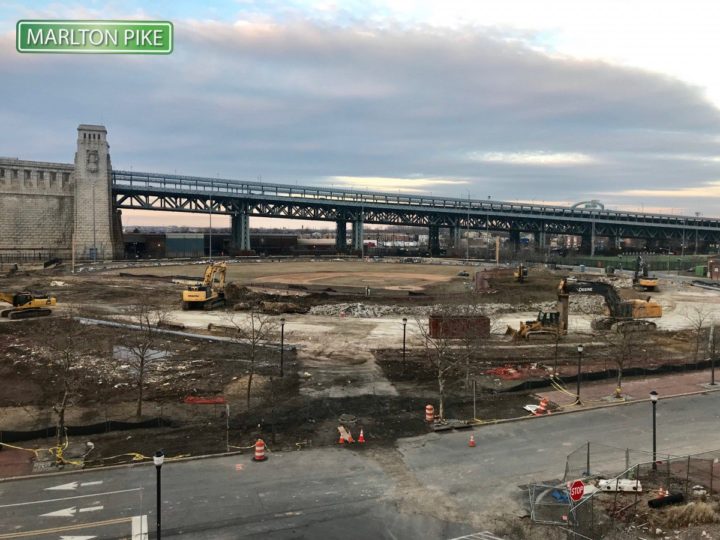 A MarltonPike.com reader and Patco rider tipped us to “Hey, did you know they’ve basically finished the demolition of the Campbell’s Field in Camden?”

Well no we didn’t, and considering I was getting ready to head home a little early, we were able to stop for a few photos and a very short video clip.

The minor league ballpark stood for 16 years and was originally the home of the Riversharks team.   The independent league team never established a strong enough following, and like a similar field in Atlantic City, the team moved on leaving the Camden ballpark empty.  With large office and townhome development taking place next to the field, it was decided to demolish the ballpark.  Rutgers University is stepping in to develop the field into additional practice fields.  Earlier reports stated it would include a domed practice facility, but I can’t find updated information.

The demolition of the field has a couple numbers associated to lost dollars.  A NJ.Com report from 3 months ago puts the cost of the facility at $21 Million.  The article goes on to say that South Jersey power-broker George Norcross was stating a larger number at $35 Million (The stadium was developed when Republican Governor Christie Todd Whitman was in office)

Also consider the $1.1 million to demolish the ballpark, and the $7 Million Rutgers is spending to redevelop it. 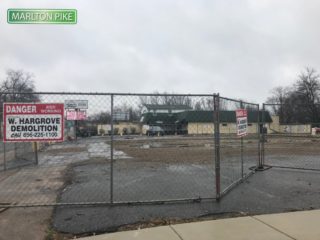 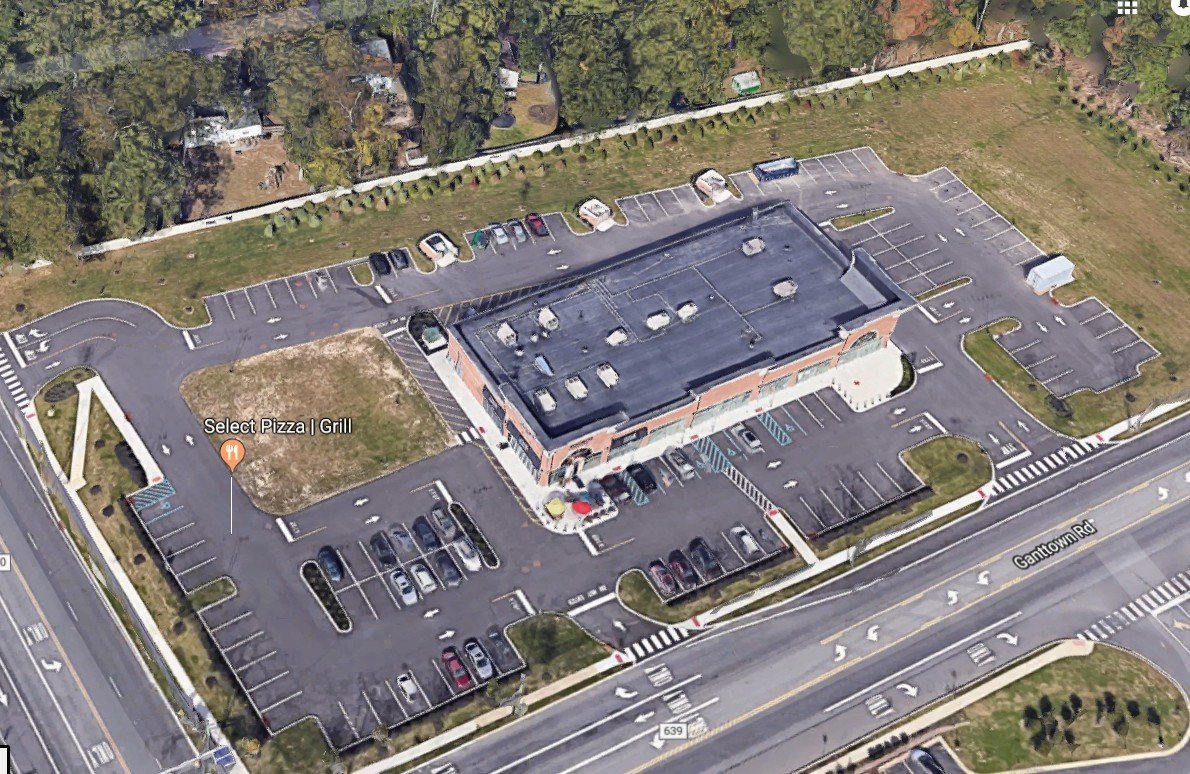