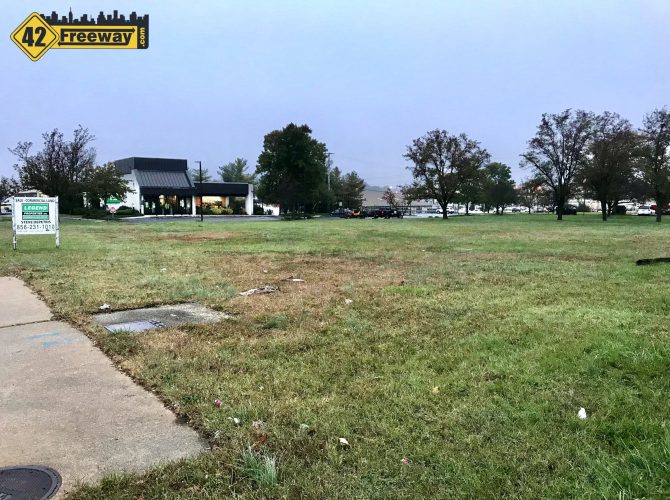 Last year we were all surprised by the news that Canadian Coffee and Donut shop Tim Hortons was planning on coming to the White Horse Pike in Stratford.   I was so off kilter about it, every other news outlet had the story online before me so I simply shared the one from South Jersey Observer.

This week the town of Stratford is boldly saying that construction will start within the week, and it will take 4 months to build.

Let’s Take a Step Back

The extra surprise with last year’s announcement is that there just aren’t any Tim Hortons around our area.  Not really anywhere close.  And unless you traveled North you probably don’t even know what a Time Hortons is!

So as mentioned, they are based out of Canada, but they do have 700+ locations in the USA of their over 4,000… but those USA locations are predominantly in the cold Canada border areas of Ohio, Michigan, New York, with a growing number in the New York City area.   Oh and there is one in Dover Delaware, but more so because they have 6 locations in 5 Military bases.. that’s about a deal with Military bases, not targeting metro locations.

So when Tim Hortons decided to come South of the US Freeze belt… they chose Stratford New Jersey’s White Horse Pike.

And I don’t think anyone saw that coming!

It’s kind of a big deal in the industry.   While I don’t know of any others planned, you would imagine this won’t be the only one.  There are distribution and advertising costs which if shared with multiple stores, reduces the cost to support each.

Oh did I explain what they are?

No disrespect to either “restaurant”… but literally for folks in our area, that is the best way to explain it.  I feel that maybe that Tim Hortons is a step above a Dunkin?  Coffee and donuts are a huge part of the Tim Hortons business model (the Maple glazed are a signature item), but they also have a lunch menu featuring Turkey Bacon Club, BLT, Chipotle Cheddar Chicken Wrap, Paninis and more.

Just my theories.. but I had to compare to Dunkin Donuts for a reason… they are EVERYWHERE in our area.  And I don’t know local Dunkin Franchisees folks nor the Tim Hortons franchise person… but the way it works typically is if you are a franchise owner and prove successful, you get options at more stores.   And locked in territories.

The big company doesn’t want to deal with 1,000 different owners, they’d prefer to work with fewer who know what they are doing.

And my theory is, in our area if you want to be in the quick coffee donut business, well you definitely aren’t buying a Wawa.  And if you aren’t already in the Dunkin family here, there is no way to get in unless you marry into the franchisee’s family… because all of the locations have probably already been allocated.

So maybe it’s not a coincidence that Deptford was just approved to add a new Krispy Kreme donut shop.

And maybe that’s why we have Tim Hortons coming down our way.  Someone sees the crazed way we drink coffee down here, wants a piece of the proverbial coffee flavored pie.

And in these parts, you can’t do it with Dunkin.

So of all the areas in South Jersey to build new restaurants, why Stratford?  Why the White Horse Pike for the first foray into the Philadelphia Metro Market?

Well again, just my theory, but following the lead of my prior section… we have a ton of Dunkin Donuts and Starbucks shops in the area, but oddly in that area of Stratford there is a huge demand and really not enough coffee options.

The new TIm Hortons location is the corner lot next to the TD Bank, right at the traffic light intersection enter PATCO.

PATCO… the train.  Cars drive by that empty corner lot all day and night.  Those people sit on trains.  In cold weather, people who sit on trains like to drink coffee.

Now I am not saying you can’t stop at a Wawa on the way… but guess what, look at Google maps and you see there is just one “classic” Wawa even close to Patco, and it’s over on White Horse Road.  The Wawa’s form a distant ring around the Patco area.

And let’s not forget the Jefferson Hospital which is also very close to the new Tim Hortons location.   And a car dealership.  And a tech school.  And homes.

Plus there are plans for a redevelopment at the long closed Bradlees across the street… it’s changing it seems, and we’ll post more on that later.

So to me it just feels like the a coffee, donut and sandwich place would do well there on the White Horse Pike in Stratford.

How did Dunkin or Wawa let this spot get by them?

Well Royal Farms was said to be coming in across the street, but my sources tell me it’s not happening.  hmmmm.

The Stratford NJ website was updated this week to give an update on new economic developments, and Tim Hortons was listed.  Both on the Mayor’s page and the Economic Development page.  Oh and in the Fall newsletter.  The folks in Stratford are really excited for this Tim Hortons.  And so am I.  And so is 42Freeway superfan Kevin S, who has been commenting in Facebook on every one of my posts, asking about a status on this Tim Hortons so that he can satisfy his Maple Glazed donut addiction.

Tim Hortons Restaurant – 59 South White Horse Pike
Hortons has all necessary approvals to begin construction at the vacant parcel adjacent to the TD Bank on the White Horse Pike. On Tuesday, a pre-construction meeting was conducted with all stakeholders. We expect they will break-ground next week and complete construction within 120 days. This is a welcomed addition to a parcel that sat vacant for over 15 years.

So admittedly its a little ambiguous to what week it is, as this wasn’t dated. doh!   But the reference the “since our prior update in September”, but then I learned from some folks in town that these updates were driven by a resident’s questions at the very recent council meeting.. and the Town then decide to post online.

I stopped by the site this morning and there are no signs of activity, yet.  Not even a construction fence.  But we’ll be watching over the next few weeks to see the first shovel of dirt turned!