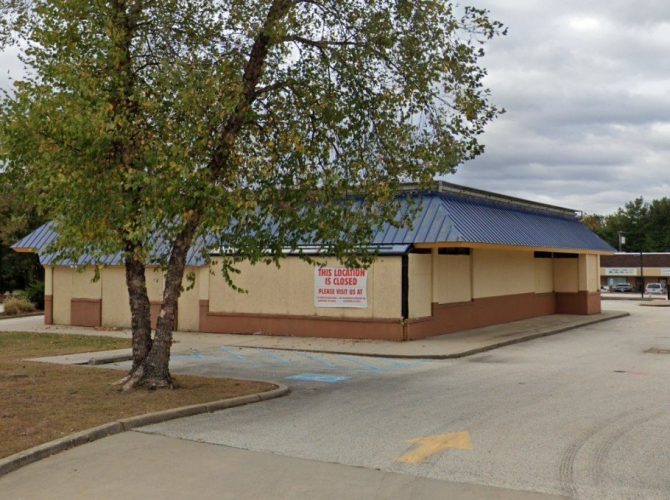 This one is straight from the public notices… a new 4,600 sq ft car wash is being proposed in Washington Township, taking over the location of the closed Burger King on the South side of the Black Horse Pike (next to Chick-fil-a).  The developers will be appearing at a township planning board hearing seeking final site plan approval for the car wash.

The developer is Hutton who has been building out the Mach 1 Express Car Wash business in South Jersey, with new locations in Cherry Hill, Pennsauken, and another planned for Cross Keys Road in Winslow!     Well honestly I am slightly confused in that the Cherry Hill and Pennsauken location were approved as Zippy’s but now are listed under Mach 1.  Maybe the business name changed?

We feel this is a nice addition to the struggling heart of the Black Horse Pike… which lately has seen some rebirth.  On the other side of the Pike (and down a block) are the closed Wendy’s, Taco Bell, and Denny’s all in a row.  But the good news is the bagel store directly across from the new car wash is opening as a dentist office, and we previously reported the Wendy’s was going to be a Crab Du Jour, and while not open yet the location still appears on their “Coming Soon” section of their location page.  Additionally, a large AtHome store opened in the same general area of the pike!

In our post about the Winslow car wash, we put additional details in regarding the development company.  You can read that here.

Construction Underway for Supersized Self Storage Building at the Pennant Property in Bellmawr. Three Story Building Will Fill The Lot
The well known Pennant / Dick Lee's building was demolished earlier this year, to make way for a large self-storage facility.  Construction is well under way on the new three story building, designed to fill the property as much as possible.
Glassboro 47: New Big Lots Opens October 1st. Ross Opens Later. LIDL a Ways To Go. Save-A-Lot Closing!
The new (relocated) Big Lots in Glassboro on 47 is opening October 1st! This is the first of three stores for the former K-Mart building. Ross appears to be next in line, and LIDL is following after. There is also a Chase Bank and Chipotle coming. In sad news, the Save-A-Lot Grocery up the road a short bit, closes on 9/30/20
Perfect Crab Taking Over the Former Tony Luke’s Cross Keys Rd Location. Cajun Seafood Restaurant
Perfect Crab: Cajun Seafood will be opening on Berlin-Cross Keys Rd taking over the former Tony Luke's location in Sicklerville/Cross Keys.  More specifically, it is the strip mall center which on the north end has Tractor Supply and Tilted Kilt.