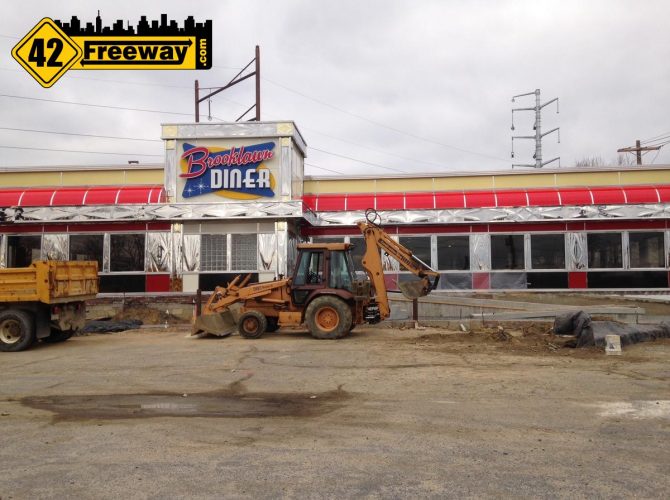 Well known local news and community site, Cleary’s Notebook (CNBNews) reached out to the new owners of the Brooklawn Diner, who have spent most of 2014 doing a major redesign of the famed diner located on the Rt 130 Circles.    42 Freeway was there on Dec 13 to grab a photo which shows the new building sign (which confirms the name), but Cleary’s went the extra distance and got the scoop, including when to expect the diner to open, who owns the diner, and what else do they own?!  Read all the details at CNBNews.Net