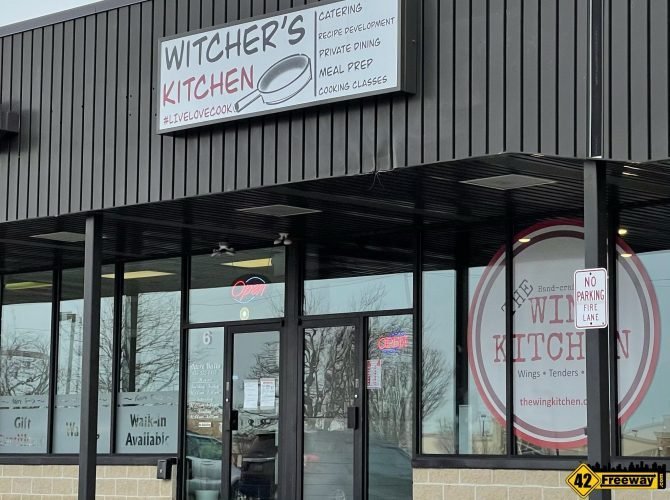 Specifically, Witcher’s Kitchen is in the strip of stores to the side of Kohl’s also know as Shopper’s Lane.

And don’t forget that Tim also has a Glassboro Wing Kitchen location PLUS a food truck for events… but they have moved on from the Wedgwood Country Club.

If you aren’t familiar with the history, Chef and owner Tim Witcher is a Food Network “Chopped Champion“, and also a local high school culinary teacher.   Two years ago Tim opened his first wing location at Washington Township’s Wedgwood Country Club, and that success has spawned the growth for the Wing Kitchen.

Tim believes so much in his chicken cooking recipe and the homemade sauces, that you can’t get blue cheese or ranch dressings at his restaurants!  The wing flavors and sauces stand on their own!

So as mentioned… Wedgwood was a huge success and launching pad for Tim, but they’ve chosen to move on to a more traditional retail location all their own, so as of the end of October 2020 the Country Club Wing Kitchen location closed, and the new Shoppers Lane location took over! 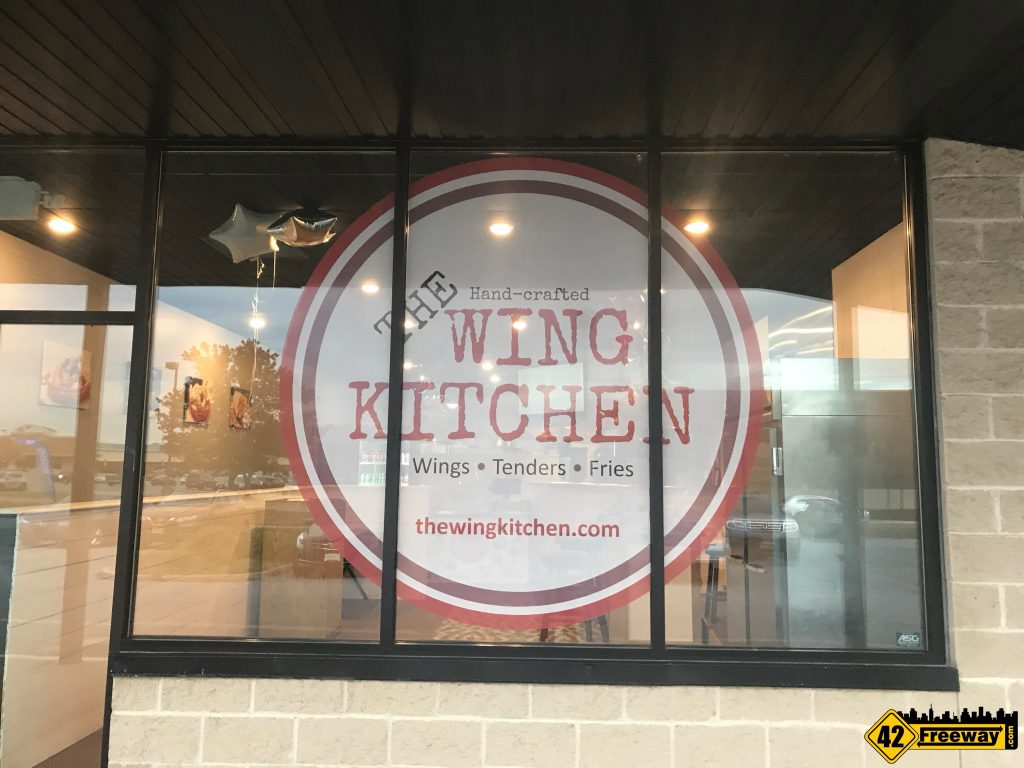 We visited the new Witcher’s Kitchen soon after the opened at the end of October… but things got a little busy at the 42Freeway household around then.

The new Turnersville location offers all of the Witcher favorites!

Delicious chicken wings in a variety of homemade sauces!  Wings are available on the bone, boneless, or as tenders!

They even offer fried cauliflower for a healthier, meatless option. 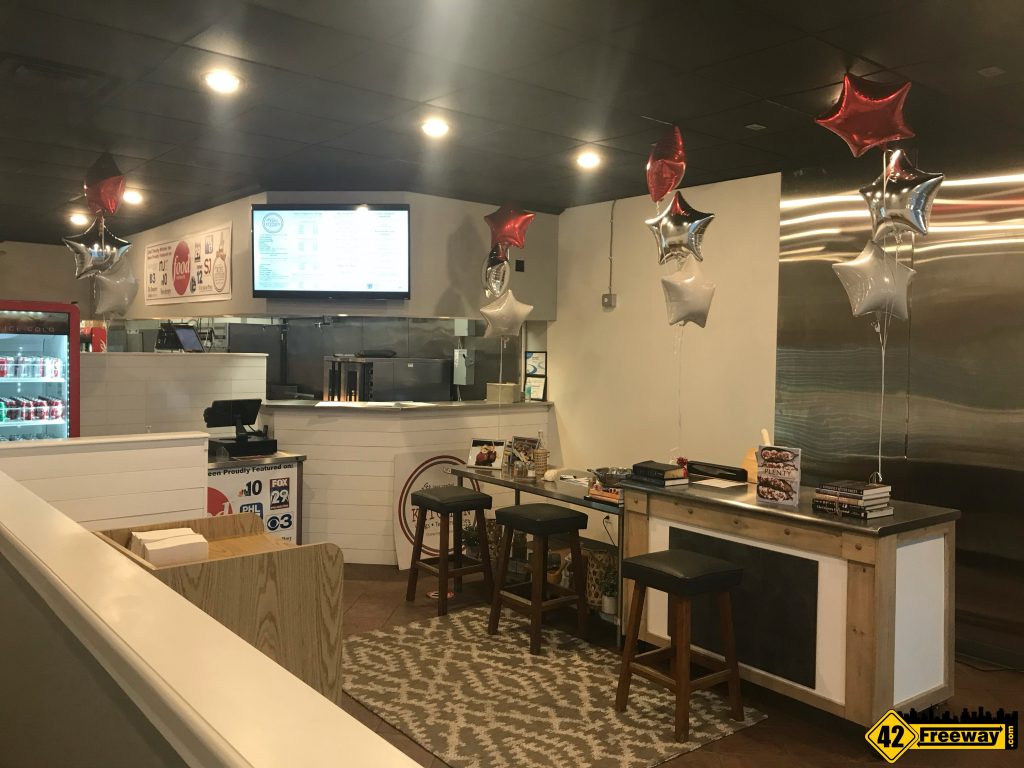 The Witcher Kitchen even offers a chicken sandwich, made from their delicious chicken tenders!   Chicken sandwiches are definitely the “in” thing right now!

And the item that has gained as much fame as his delicious wings.. is the “Famous Buttermilk Fried Donut”.    A tasty sweet dessert ending to your favorite chicken dinner (or lunch).  And yes, its absolutely ok to stop in just for a donut!

Now the thing that makes this Witcher’s Kitchen location unique, is Tim has designed it to be used as a multi-purpose kitchen.   In the plans are; Private Dining, Cooking Classes, Catering, Recipe Development, Meal Prep and More! 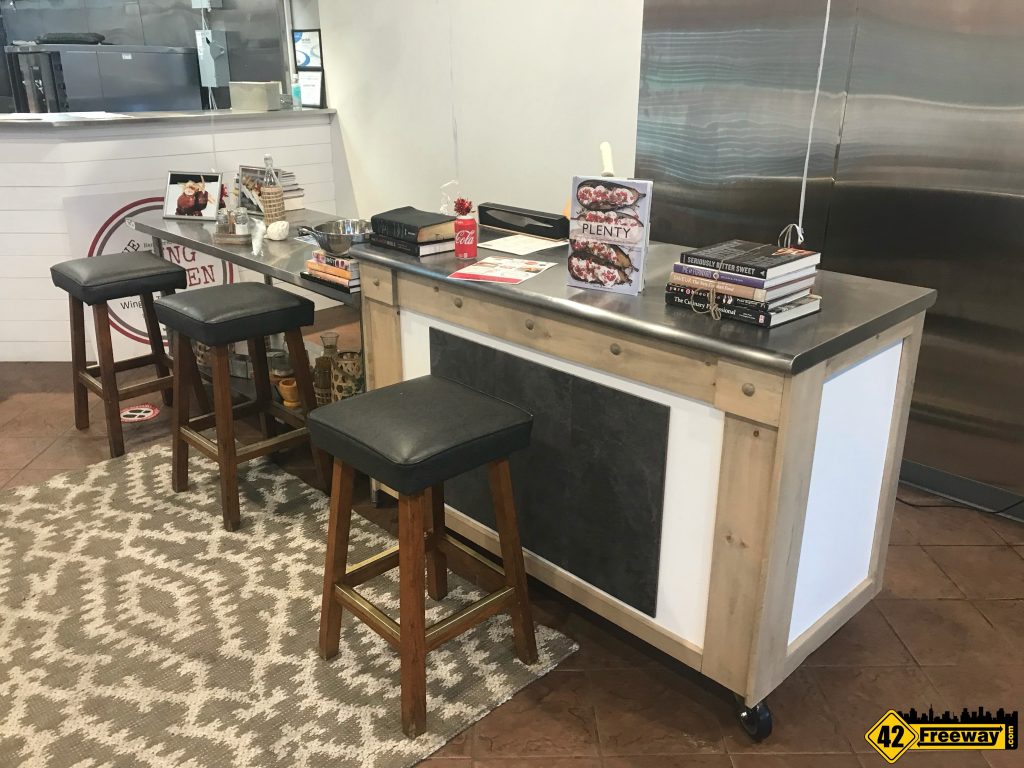 Early in 2020 Tim opened a Glassboro location, across the street from the awesome Rowan Boulevard development.

The 900 sq ft Glassboro location sits at a prominent corner, with easy access for local residents, travelers and the thousands of Rowan students.

They offer take-out and indoor dining, and for warmer days offer seating outside… with the outdoor dining feel of eating in Center City Philadelphia.

The Wing Kitchen also has a food truck, which has been seen at community events and breweries around the area!

We had Witcher Wings at the Bonesaw Brewery!

As the world opens up again in 2021, you can expect to find the truck out at even more events!

You can follow the Wing Kitchen web page to get the latest locations.

And if you run a large event and need food trucks to feed your hungry visitors… consider the Wing Kitchen Express truck!

Now is the time to get onto their spring and summer event calendar!