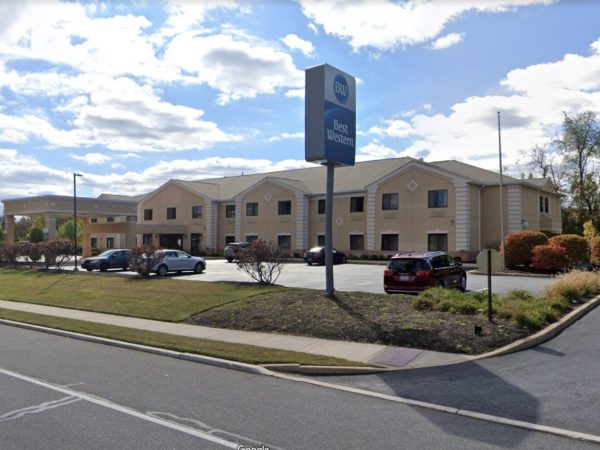 The Williamstown Best Western Hotel is starting an expansion project which will bring an additional 39 rooms, a larger lobby with patio areas, and a new taller front facade.  As part of the upgrades, they will be switching over to the Holiday Inn Express brand.

Readers have noted that construction crews are onsite, working on both sides of the hotel.  This short summary should explain what is taking place.  You can also read more in Planning Board meeting minutes (PDF)

The original hotel is only 15 years old, but apparently the owners have felt strong enough about the location that they are expanding.  Actually over the last few years they have presented a few different plans, but in the fall of 2019 they presented an expansion plan which is seeing construction activity today.

According to town meeting minutes, the hotel will switch to a Holiday Inn Express, which is a more recognizable brand and is expected to bring more Corporate clients.

No new rooms are being added to the current building, but it will have its front facade developed higher to look like a third floor (when its actually not)

The new room addition will be on the North side (where the current storm water basin is) and will require some of the parking to be relocated.   Parking spots will meet zoning requirements.

The addition will be positioned closer to the Black Horse Pike, so that there will be additional buffer to the housing behind it.

When completed, the hotel will have a total of 85 rooms. 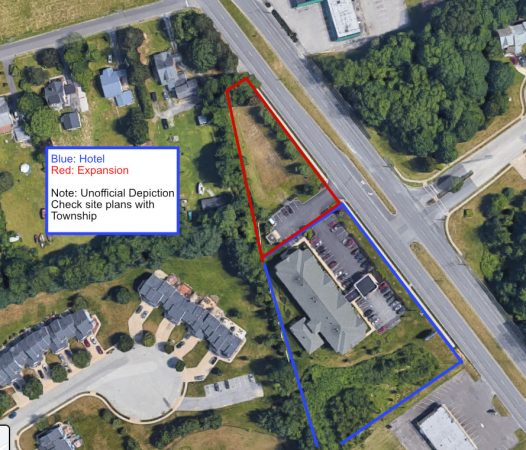