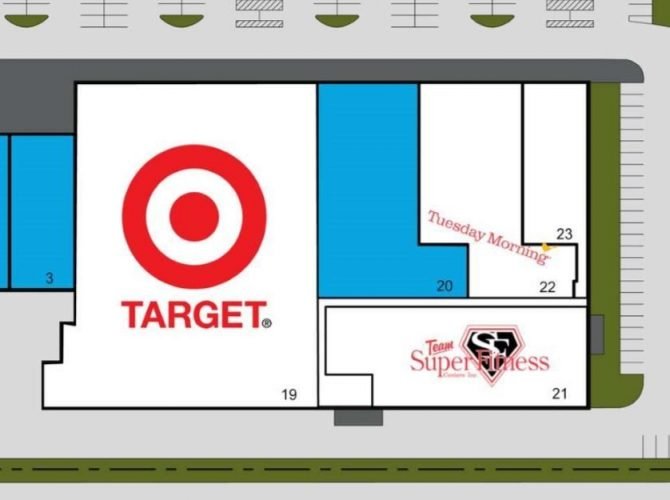 Kimco Realty, the owners of the Westmont Plaza located on Cuthbert Boulevard in Haddon Township, show on the center’s website that a 48,000 square foot Target store is coming.   The site plan tab shows an overhead depiction of the center, with Target and its recognizable logo clearly displayed.

The location in the center is a portion of what was the premier large section of the Westmont Plaza, which I remember first as a Clover discount store, a Superfresh, and a Thriftway!

Last fall Target announced that they would develop hundreds of smaller Target stores in the US “targeting” areas such as urban town centers, colleges, and other niche locations.  At first it seemed they were targeting downtown environments such as New York and Philadelphia and this is the first small format Target store I’ve seen being planned for our suburban areas.  The more traditional sized Target stores we are familiar with can be 135,000 to 175,000 square feet in size.

Target is really stretching the boundaries on its store footprints, as 2 stores opened up in Center City Philadelphia are approximately 20,000 square feet.

At the time of writing this, 42Freeway could not find any other details on this store.  Haddon Township doesn’t seem to post planning board agendas and minutes as most other towns do.

The building signage went up this week for Jaileene's Bar and Grill in Gloucester Township NJ. The location is on Lower Landing Road, and takes over the location of the well liked but short-lived Amanda's Bar None. We reached out to Management and have a preview of their theme!

Edge Fitness Deptford opened this weekend, and is the second in the area with Washington Township opened in October. The Deptford location is a large facility offering an impressive amount of features, at a budget price. Definitely worth checking out!

Two Sweet Boutique has opened in Deptford on Hurffville Road, and is owned by a local Washington Township family who live very close by. Delicious chocolates, candies, cakes and more! Many photos in the article!
This Post Has One Comment