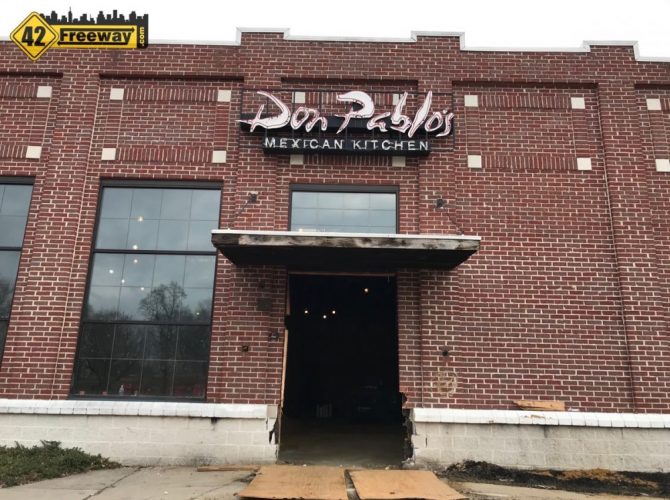 I don’t think the new Deptford Miller’s Ale House location is cancelled, yet… but its definitely back-burnered with no solid plans to start construction again, according to Miller’s Executive Management.  I know people want a crisp answer… there just isn’t one.

We reached out to Miller’s Ale House management, and a few weeks ago heard back from their VP of Marketing (how’s that for going after the story!), and this is the core of what she had to say:

At this time, we do not have specific plans to open the Deptford Location.  As you might imagine, Covid-19 has impacted the restaurant industry significantly.  We will continue to monitor previous committed leases as the year unfolds.

Heck, two weeks before the school year started it seemed most school districts and universities were still figuring out their plans for the new school year, so it seems reasonable that anyone in the restaurant industry would take a big pause to rethink their growth strategy.  That puts the Deptford location construction and opening on hold, probably as they focus their attention on existing stores, and of course existing employees.

We had reported on December 31st that construction for the new Deptford location of Miller’s Ale house was underway at the former Don Pablos (Target/BJ’s), as the interior demo work was mostly done.   The “coming soon” sign was up and HVAC equipment sat in the parking lot awaiting install… and then COVID-19 entered our lives, and all signs of construction disappeared.

The use of “no specific plans” is tough to decipher (and great phrasing!).  It doesn’t say the Deptford location is cancelled, but it clearly says there is no forward progress set now for the construction of the new location.

And it’s tough to blame them.

The unprecedented virus obviously caught everyone off guard, and across the country, restaurants were closed for significant amounts of time, then in states like New Jersey outdoor dining was allowed but that reduced revenue, and tourism dropped to zero.    Miller’s is headquarted in the tourist mecca of Orlando, and has a significant presence in Florida (as well as other areas such as Las Vegas), and they were positioned to really get slammed by a reduction of customer visits (and revenue).

The headlines this summer for Miller’s Ale House are include many stories of their moves to shut down restaurants as sales reduced significantly (or to zero).

In an “Eater Las Vegas” article back in May, the quote from management is even more ominous “We continue to evaluate the future viability of our Miller’s Ale House restaurants in this new retail environment. For the foreseeable future, our two Nevada restaurants will remain closed, and as such we have made the difficult decision to release our furloughed team members”

We where the first to bring you the story that Don Pablos Deptford had closed (June 2019), and that Miller’s Ale House was quickly taking over the location (Sept 2019).  As mentioned, we also called out on Dec 31, 2019 that the building was being gutted ahead of a full interior build-out.  Things looked on track for a summertime opening.

For those that don’t know, Miller’s Ale House is a national restaurant and bar, which focuses on sports and beer selection…  75 is the number I see promoted.   In our local area there is a Miller’s Ale House on Rt 73 Mt Laurel, and South Philadelphia near Ikea.  While Florida is their home turf, they have a large presence in the Philadelphia area with other locations in; Montgomeryville, Roosevelt Blvd, Media, Lancaster, Langhorne, Springfield, Willow Grove and Christiana.