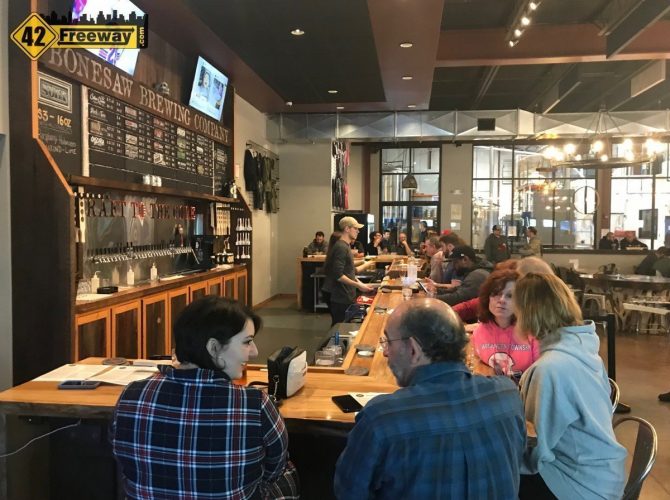 Make Things Right and Vote for Bonesaw!  42Freeway never posted about them… 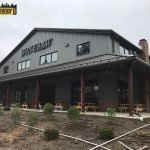 I was probably the first person to interview Bonesaw Brewing’s Rich DiVerniero inside the brewery, when I walked into his beautiful new facility back in May 2018.  But I never posted about it.  I’ve since chatted with him and co-owner Dave a few times and even found out Dave and I share a close friend!   And by now you all should be well aware of this amazing new brewery located on Glassboro’s 322 not too far from 55 and the new Inspira Hospital.  It is massive, amazing, and offers delicious beer.  So first let me get this out of the way…

National newspaper USA Today has picked Bonesaw Brewing as one of their 20 finalist for USA’s New Brewery of the Year, and I REALLY NEED 42FREEWAY READERS to help.  Go to this link and vote!  You can vote every 12 hours!   Go back and vote over and over again!

Bonesaw is currently in third place, and we need to push them to the top!   I really owe them on this, too. 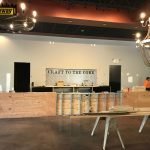 So, I stopped in to the building back in May 2018 when much of it was developed and the finishing touches were going in.  Co-owner and Chief Beer-Dreamer Rich was in the building and spent an hour with me going over his system, his story, and his plans.  Funny thing is, at the time Rich had long hair in a pony tail, had a tool belt on… and when I asked to if a manager was available, I thought I was being introduced to the head carpenter.

No…  I was meeting Rich DiVerniero, who as you all probably know now is an Orthopedic Surgeon at Inspira Hospital.  Pure coincidence, the new Inspira Hospital going up a 1/2 mile away will be Rich’s day-job location when it opens.  And Rich has since gotten a haircut.  ha 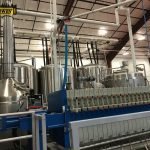 I remember Rich was a little put-off at first to talk as he really wanted partner Dave there also.   But he reluctantly proceeded on.   Rich’s story is he wanted to be a beer brewer long before craft brewing was a thing.  I put Rich and I in similar age group, so let’s say he was thinking about the beer brewing business back in the 80s… back when your beer choices were Budweiser, Schmidt’s and Moosehead if you were fancy.   Rich wanted to go into the beer brewing business, but unfortunately for him.. he was accepted into Medical School.  a-hem.  Dad said “you can’t pass this up”

So here we are more than a few decades later, and Rich is in a position to make his early beer brewing dream a reality.  The extra catalyst brought into the mix is his brother-in-law Dave who brings a strong financial background into the mix.   The final major piece of the puzzle is brewer AJ Stoll who was hired from California.

Rich tells the story “when I interviewed my now brewer AJ and he toured the place, he said most breweries don’t get to this size of a facility until after 10 years”.   Rich’s reply “I’m not a kid anymore, I don’t have time to wait 10 years to get to this size!”.

(a lot or paraphrasing in that quote!)

So back in May almost a year ago,  I got a very extensive tour of the facility from Rich…  You would never believe that this guy hasn’t been brewing at this level his entire life.  He is really into this, had huge plans at the start of the project, and even bigger plans for growth in the future… as well as resources to pull this awesome project off.  Honestly, the detailed brewing discussion quickly went over my head!  ha. 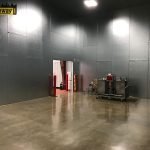 Probably the least important thing to a brewer is what I’ll call out first… the refrigerator unit alone is bigger than most new South Jersey breweries.  Ha!  And it takes a lot of brewing capacity to fill it!  He started with massive brewing tanks, that even with large production numbers of beer going out the door now, they are only running a couple days a week!  Plus they can go basically 24 hours a day… and there is still plenty of room to grow with room for more tanks!   Rich also showed me their German made Mash system, a bladder like device which squeezes the beer out of the grain ingredients to get maximum output and flavor.

And he thought ahead enough to get pre-approved for a second building behind the brewery… to move the refrigeration storage to as they continue to grow!

I didn’t realize at first that when I popped in for my unplanned tour that Rich was in the process of putting the taps in, which is a very ceremonial time in the development of a brewery… and I had the honor of taking the pic.

Did I mention you all have to vote in the USA Today Best New Brewery in America contest?

So in a very “small world” twist… in one of my subsequent visits with friends (when I still didnt post about Bonesaw)… it turns out my bud Kevin knows co-owner Dave!  They went to high school together, and based on the stories they were retelling they were more than just casual friends.  So I spent a lot of time talking to Dave about the beer business, and many things in general.

So this is a blogging flaw I didn’t realize I had.  In fact, this is the first of three “wrongs” I am correcting this week.  I liked both Rich and Dave, and their story so much… that I wanted to put something really awesome together.

Well awesome takes time.  And I had so much awesome information on the brewing process and the plans for Bonesaw, that I wanted to take time to get it all right!

And I kept putting it off.  To do it right.

For months.  Many months.  And this is not the only post that I’ve done that with, as in a few days I will have another beer brewing post to catch up on!

Rich and Dave are already working to improve their brewing process, filling in the spaces in the plan that Rich has been developing for decades.   So I stopped in again to Bonesaw this weekend, Rich recognizes me as the blogger guy who didn’t post… and then proceeds to take me back into the brew room to show me the new centrifuge, and where the upcoming cold liquor tank will be installed.  So even knowing me as the guy who didn’t deliver on my promise, here he was enthusiastically telling me another chapter of the Bonesaw story.

This guy really loves the beer business, and loves to share his knowledge.

So sitting right now in the brewery waiting to be installed is a new centrifuge system… a piece of equipment which will help further separate any of the yeast or grain ingredients from the beer which is important as Bonesaw looks to put their beers into cans,  To be clear, this is a big deal especially for a brewery open about 9 months.  It takes a large operation to support the cost of one, and as a comparison I found an article about Somerdale’s Flying Fish (who started in 1996) who put one in a few years ago… and a used refurbished centrifuge cost them $300,000.

Rich then walked me around to the front side of the brewing setup to show me some piping with valves.  “Any other brewer who sees this can’t figure out why I have these valves here.  Well I had already planned in that we would be adding a cold liquor tank”.

Seriously I am very clueless on this stuff but learning a lot, and fast.  Rich explains it’s a storage tank to keep water cold… and is used to cool down the bitter wort product of brewing beer.  (You’ll have to ask.  I am getting in over my head!)

Still to be completed, is the SECOND FLOOR!  Yes, above the tasting room is an entire second floor waiting for Rich and Dave to outfit.

So if you haven’t been to Bonesaw Brewing… what are you waiting for?

And everyone… vote for them in the USA Today Best New Brewery Contest!  Every Day!!
Let’s get them from #3 to #1!!!