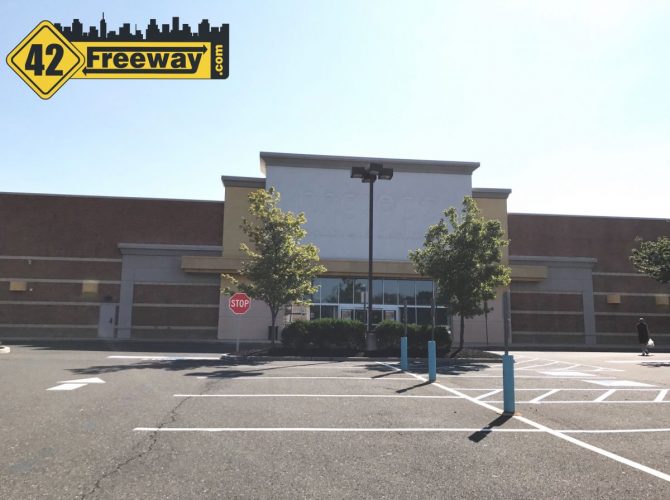 Two new discount furniture stores are coming to the Deptford retail power center district;  Value City Furniture is moving in next to Burlington Store on Almonesson, and Raymour and Flanigan is opening a SECOND Deptford location as an outlet… taking over the closed HH Gregg location over in the Sam’s Club shopping center.

Add in that not too long ago Deptford added a Bob’s Discount Furniture store along Almonesson Road (in the Barnes and Noble center), this could make Deptford a nice stop for homeowners spending a Saturday looking for furniture.

is a 125 store chain, offering reasonable priced furniture from a product line they own, as well as 30 other manufactures.  According to Wikipedia they have 5 distribution centers.  From my searching, the closest location to us currently is in Bear, Delaware.  Solely based on their website and what I’ve read online, they seem to be in the same category as Bob’s Discount Furniture, which is also located on Almonesson Road, just across the street from the upcoming Value City.

The information on the opening comes from the website of the center’s owner, DLC Property Management.  Their online site map shows the new store located between the Burlington Store and the recently opened Launch Trampoline location.  Based on the sitemap depiction, it would seem that Value City will be a smaller store than the Bob’s Discount Furniture store.  It also appears that they wont have a rear entrance, as Launch wraps around…which seems odd for a furniture store.

Raymour & Flanigan stores are well known in our area, having several local (and large) stores in Cherry Hill and Deptford.  According to Wikipedia, they have 110 stores nationwide.  According to their Website’s location page, there are few outlet stores, and Deptford will be home to one of those outlet stores, to be located in the prime location of the former HH Gregg electronics retailer, where Walmart, Sam’s and a few popular eateries are located.

The Raymour & Flanigan website lists the new location (oddly, as being in Central New Jersey) and the glass on the door indicates they are coming and hiring!  It seems clear at this point that this will be a second Deptford location for the retailer, and the original location will remain.

Speaking of that first Deptford Store, I attended a Deptford Planning meeting last year where the town was putting pressure on the owners of the larger Pathmark property.  Interesting to learn that the ownership of the center is split, and Raymour & Flanigan own their building as well as a couple store immediately adjacent.  The R&F representative was quite displeased with the lack of development in the larger center as it impacted the foot traffic to their store.  He even stated that Raymour & Flanigan offered to BUY THE ENTIRE CENTER so that they could own the redevelopment of it… and the owners had no interest.

So I would expect the larger original store to remain open, but it is still an interesting twist considering the displeasure with the larger Pathmark center.

The massive "At Home" home decor store is coming to Rt 42's The Dump location, based on the website for leasing company Urban Edge Properties. This should be considered a huge win for Washington Township's Black Horse Pike retail corridor, as these massive 100,000 sq ft stores are large draws for shoppers. Article includes photos from Cherry Hill store.

The long loved Sears store in the Deptford Mall is slated to close before the end of the year, and in a Monday night walk-through it seemed all clothing was 30% off. Be aware that all sales are FINAL!

Gloucester Township continues its own streak of big openings, with the long awaited Tilted Kilt restaurant opening on Monday, October 5th at 11am. 42 Freeway was there for the VIP preview party on Saturday, and we have the exclusive preview photos of the beautiful restaurant and servers!
This Post Has 3 Comments