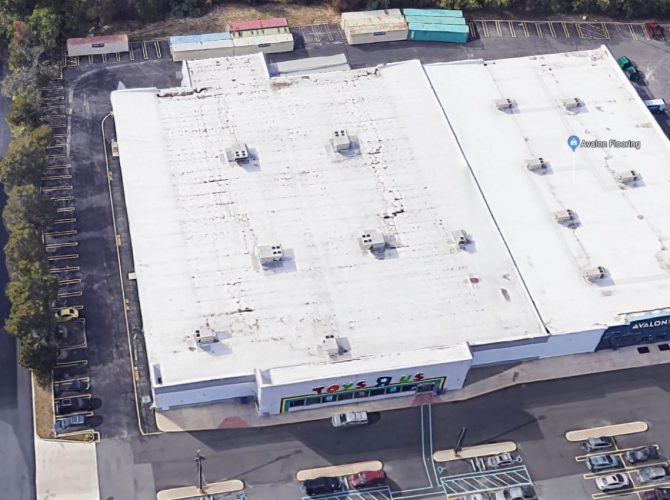 The Toys R Us company officially closed all of it’s stores a month ago, and this week their property group signed a deal with Raider Hill Advisors to assist in the selling of 284 buildings, located in 46 states.  This includes the Deptford and Cherry Hill stores.

Earlier in the year there were headlines about an auction of Toys R Us properties, but what wasn’t actually clear to many was… those properties were lease agreements where Toys R Us did not own the building so the majority of the store locations (including Deptford and Cherry Hill) had no announced plan plan for being sold.  This new agreement is to start the process for selling off the Toys R Us significant property holdings (stores, warehouses, and other) while maximizing the proceeds.

I post this because as the stores were closing, and then the lease auction took place… I received many questions regarding “No one wants the Deptford location?”  “What’s moving in to Deptford Toys R Us”.   Simply, nothing has happened yet.

This is a unique opportunity in the retail industry…  first, considering how long Toys R Us has been in business, many of these buildings are situated in prime retail areas where there may not be other available space, making the Toys R Us locations more desirable.  Secondly, it provides an opportunity for a company to quickly grow its national presence, by picking up numerous prime locations.  Consider the Deptford location which is located on the very busy Almonesson Rd directly across from the Deptford Mall in the heart of a thriving retail area…  you’d hope that Deptford would be a popular location.

Speaking of “prime”, there are reports that several large companies have already internally discussed interest in some of the stores…. Amazon or one.  A Bloomberg news report from earlier in this year says that insiders at Amazon have said the company is considering the vacated locations as potential Amazon branded stores.  The Deptford Mall currently has an Amazon kiosk store featuring Kindle readers and tablets.

Secondly, Amazon somewhat recently purchased the Whole Foods supermarket chain, and there are expectations that Amazon will increase the number of locations, as they will be able to utilize for both Whole Foods and Amazon products.  Dare I mention that the average size of a Whole Foods store is 40,000 sq feet, and the size of the Deptford Toys R Us store is…  the same?

Now don’t get excited Deptford.  There is ABSOLUTELY NOTHING to this for Deptford… I’m just fueling the possibilities.

Royal Farms Cross Keys Kicks into High Gear after Delays. Blame it on the Rain

After many months of no real progress through the long winter and spring, the construction of the new Royal Farms on Berlin Cross Keys Rd at Johnson has really picked up steam... with the core store built out! Representatives stated that rain through the winter and spring was the cause for the delay.

Upcoming At Home Store in Washington Township Under Major Remodel

The new At Home store coming to Turnersville's old The Dump location, is showing significant signs of progress and remodeling. It appears they will be removing the tell-tale angular Jefferson Ward/Bradlees front entrance. We believe they are targeting an opening ahead of this year's holiday season.
This Post Has 0 Comments