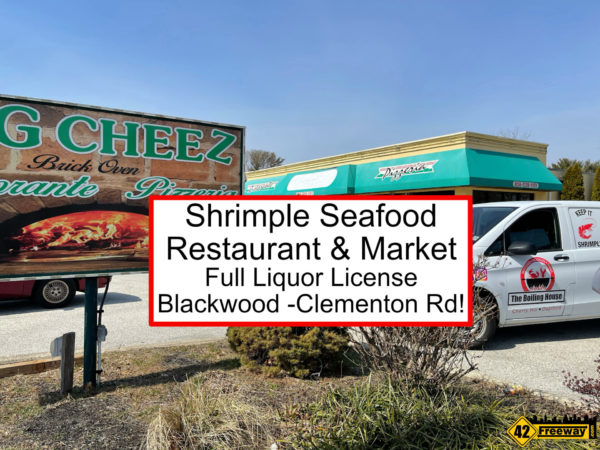 Shrimple Seafood Restaurant and Market is currently under development on Blackwood Clementon Rd, in the building that previously housed Big Cheez Pizzeria!  This new restaurant will have a FULL LIQUOR LICENSE!  Wow, who saw this coming?!  Not me!

If you aren’t familiar with the location, as mentioned the building is located on Blackwood Clementon Road in Gloucester Township, very close to the Erial Rd intersection and across the street of the front “point” of the Highland High School property.  Route 42 is also very close.

There is a lot of work to be done, but they are hoping for a May opening date.  Mother’s Day is a goal! 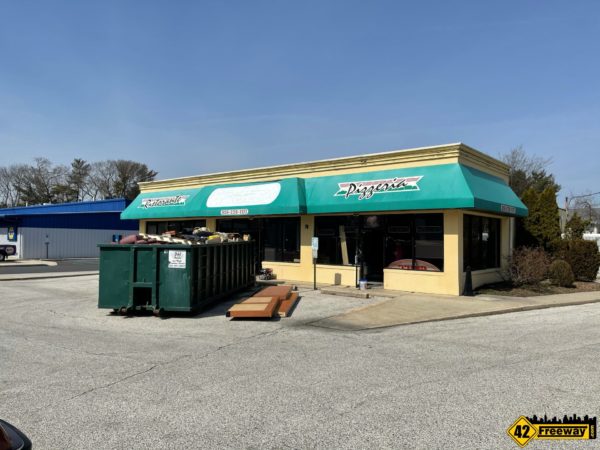 Shrimple: From the Boiling House Family!

Shrimple is a new restaurant concept from the same family who operate the super successful Boiling House of Cherry Hill !  Tim is the son and mastermind Chef at Cherry Hill’s Boiling House, but it’s clear that Mom and Dad have a hand in making the family’s restaurants successful.

It’s important to mention they are also opening a Boiling House location in Deptford, which is having their “soft opening” this week!!  (We wrote about the Deptford location back in November, and we’ll be back there again this week!)

The Cherry Hill Boiling House location has become a “Destination” restaurant bringing in loyal customers from all over the Delaware Valley… the success fueled by their delicious and beautiful food.. and amazing reviews.  We noted in our prior Deptford Boiling House post that the Cherry Hill location had a 4.5 review average for over 690 reviews!

Shrimple: Something Different Yet Familiar

We stopped in at the construction site and caught up with Mike, the Dad of the enterprising and deliciously talented family.  Mike explains that where the Boiling House focuses on large shared seafood boil pots, the new Shrimple will be a traditional “order your own meal” seafood restaurant.

You’ll get the same delicious care, skill and flavors that have made the Boiling House so successful, but in a more traditional “everyone orders their own entrée” format.

The menu will evolve into many different offerings… well beyond the cajun seafood boil.

In fact, while touring the construction site it was easy to notice the large wood burning oven from the former pizza shop, and Mike explained they were incorporating it into their menu… offering several seafood choices infused with a smoky flavor.  Mike was describing some of the planned dishes but my brain was stuck on “lobster”.  mmmm…..  lobster!

Below is a pre-construction look at the wood burning stove!  Stick with us at 42Freeway to keep up with the transformation! 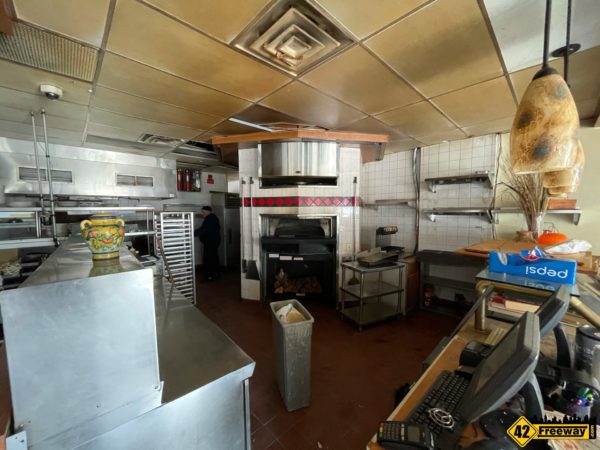 The free-standing building has a larger center entrance, and then on the right side is a smaller single door entrance.  This is also the side where the counter and wood burning stove are located.

While we didn’t get too much into the details, it is on this right side that Shrimple will offer a fresh seafood market!  This is a great idea to offer a variety of dining options!

The shot below is from the back far corner of the restaurant… this area closest to us is the main dining area, with the seafood market on the far side.   They are just starting out of course, and only 42Freeway gives you the first look! 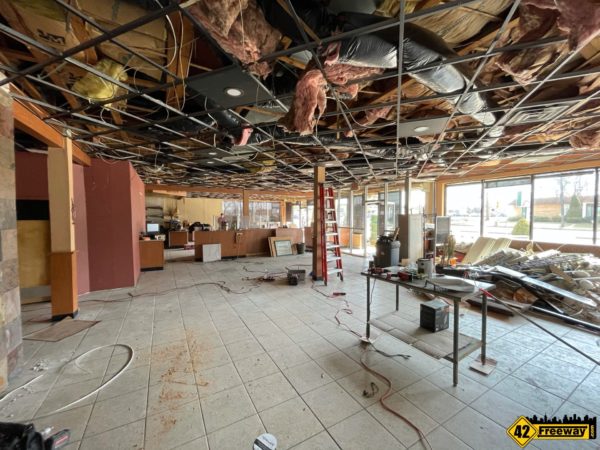 I find it surprising that Gloucester Township has liquor licenses readily available for sale.  There are a couple retail/restaurant areas in the town that would make you think that all licenses are in use.

But there over 60,000 people in Gloucester Township.  If you weren’t aware, in the State of New Jersey liquor licenses are allocated to a town based on population.  Three thousand residents get you a license.

As a comparison, when looking one town over at the Deptford Mall area you think “yeah there are a lot of restaurants in that mall area serving alcohol”.  But then consider that Deptford is half the population of Gloucester Township.

Simply… Gloucester Township is a big town, with a lot of liquor licenses.  Even with multiple commercial areas.

I’ve been dabbling with the idea of a post just on liquor licenses in our area!

So a really long way to go to say… they are still available in GT… and it seems Shrimple has secured one!

I didn’t ask too much about plans for the liquor license… meaning “will there be a bar?”.  We’ll save that for future updates.

As mentioned, Shrimple is targeting a May opening in Blackwood New Jersey!  42Freeway will provide updates as we learn more! 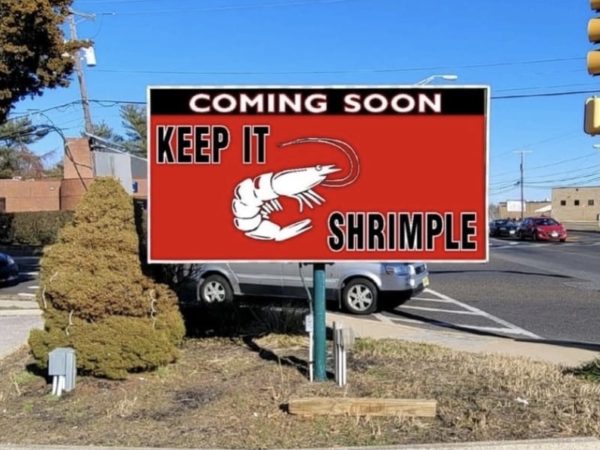 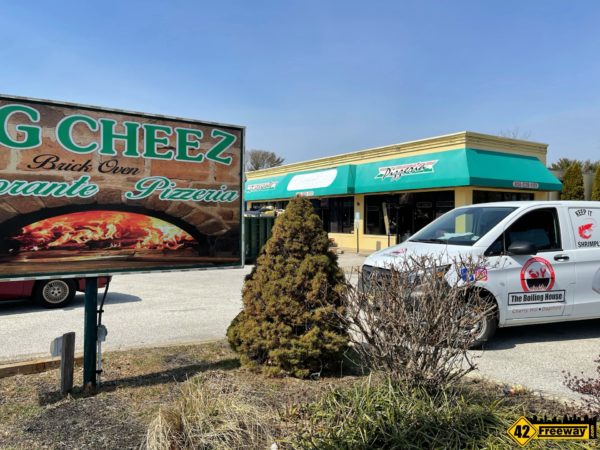