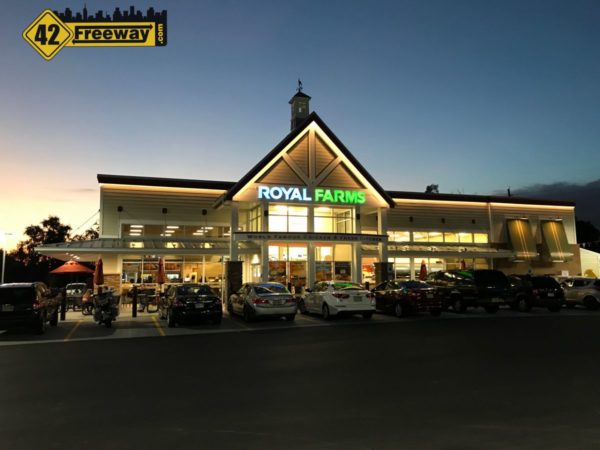 South Jersey’s first Royal Farms has opened in Magnolia NJ, on the White Horse Pike. This is the first of many to come with at least 10 planned for the area.

They are very similar to our Super Wawa’s offering a gas station, convenience store items, and food. Two things setting them apart from Wawa is their fried chicken (early reviews are “Awesome”) and they offering a small amount of seating.

The store opened at midnight on November 2nd, and 42Freeway was there the following evening to check out the new store.

This wasnt planned in advance at all, but I decided after I go there to do a Facebook live stream walkthrough. Afterwards, I realized it didnt  upload in HD and the camera was moved around a little too fast…  but I’ve learned for next time.   The video is below.