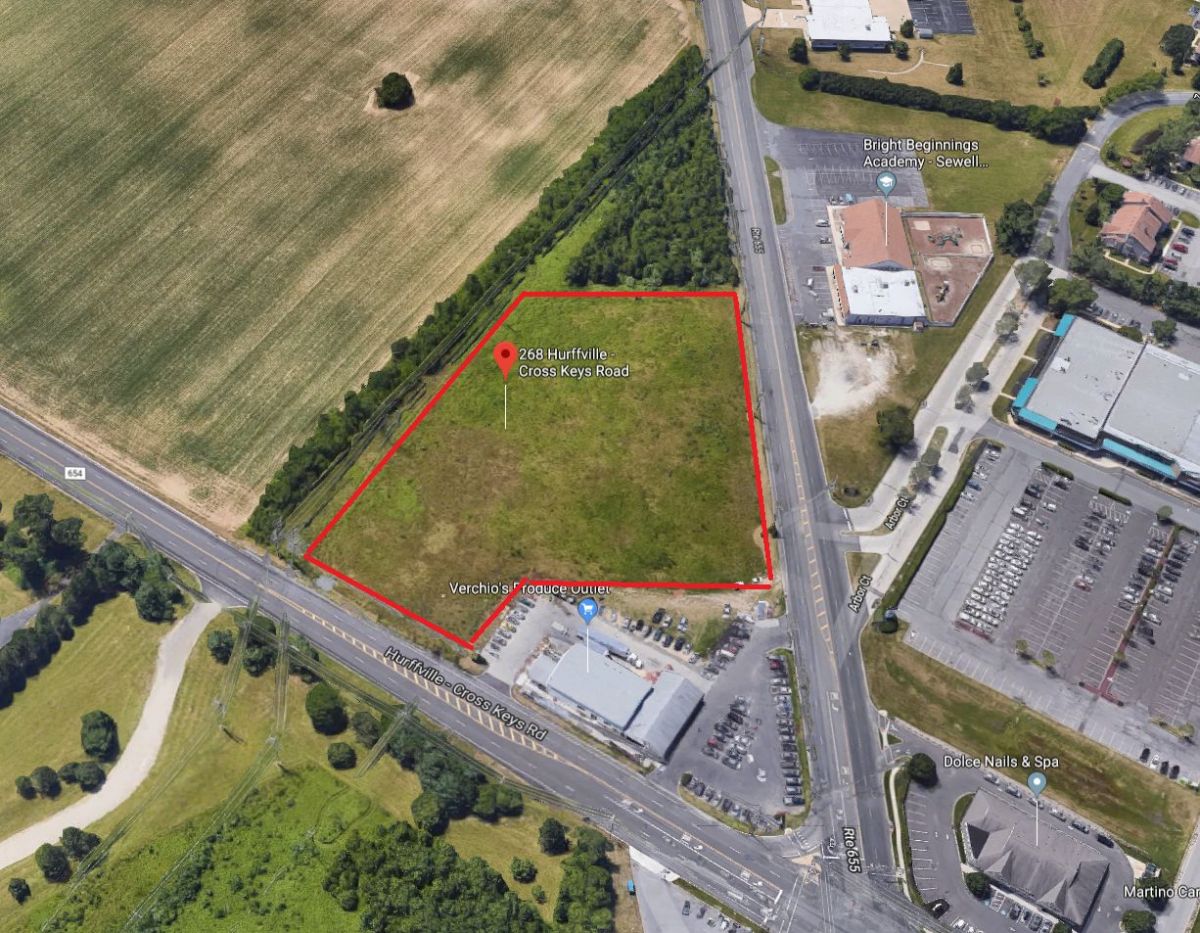 A development company will appear before the Washington Township (Gloucester County) Zoning Board of Adjustment on October 15, 2018 asking for Preliminary Site Plan Approval for a Royal Farms Convenience Store and Gas Station at 268 Hurfville-Cross Keys Road, which is adjacent to Verchio’s Produce Outlet.  42Freeway reported on this property and development effort back in August 2017, when lot zoning changes were needed to support this project.   This location is also close to the Virtua health facility and the Washington Square development which includes a large Rothman Institute facility and residences.

Last year Washington Township did agree to the lot zoning changes which make the multiple connected properties behind Verchio’s the same commercial zoning, and now the developer is looking for preliminary approval of the Royal Farms store with a variety of variance and waiver approvals.  This is a normal part of the development process.  Towns have standards for signage (size), trees, lot coverage and other facets, and typically a new project has elements outside the defined standards.

Variances and waivers requested for this Royal Farms project include;  Amount of building area, larger driveway widths (for trucks), proximity to certain types of buildings, no dedicated loading dock area and signage.

A year ago this project faced some opposition from Washington Township residents who were concerned about the nearby Township water well, and the potential risks of a gas station being located nearby.  The project was reviewed by the Township Water Department and other experts and was subsequently approved.  It is my understanding that the approval meeting last year was very animated, with several residents strongly voicing opposition to the zoning change.

What was once a quiet corner of Washington Township, is slowly seeing changes as new development moves in… and this is what attracts companies such as Royal Farms.  The first to enter this previously rural farm land was Virtua who built a health and Wellness center.  Next to it, Washington Square development has being taking shape and will include a large Rothman Institute medical facility, 330 apartments, 100 townhomes, and 30,000 square feet of retail commercial development.    Hundreds of acres in the immediate area are also primed for future development.

Also close by is another older shopping center which has struggled at times to be fully viable.  All of this new development can only help strengthen these commercial properties.

42Freeway also believes there is a second Royal Farms location moving through the approval process in Washington Township, as the town is also adjusting zoning over on the Black Horse Pike to support a Convenience/Gas station which in its description also seems to be a Royal Farms.   42Freeway wrote about that effort back in July 2018.

For more information on the Hurfville-Cross Keys Road location, read our August 2017 article. 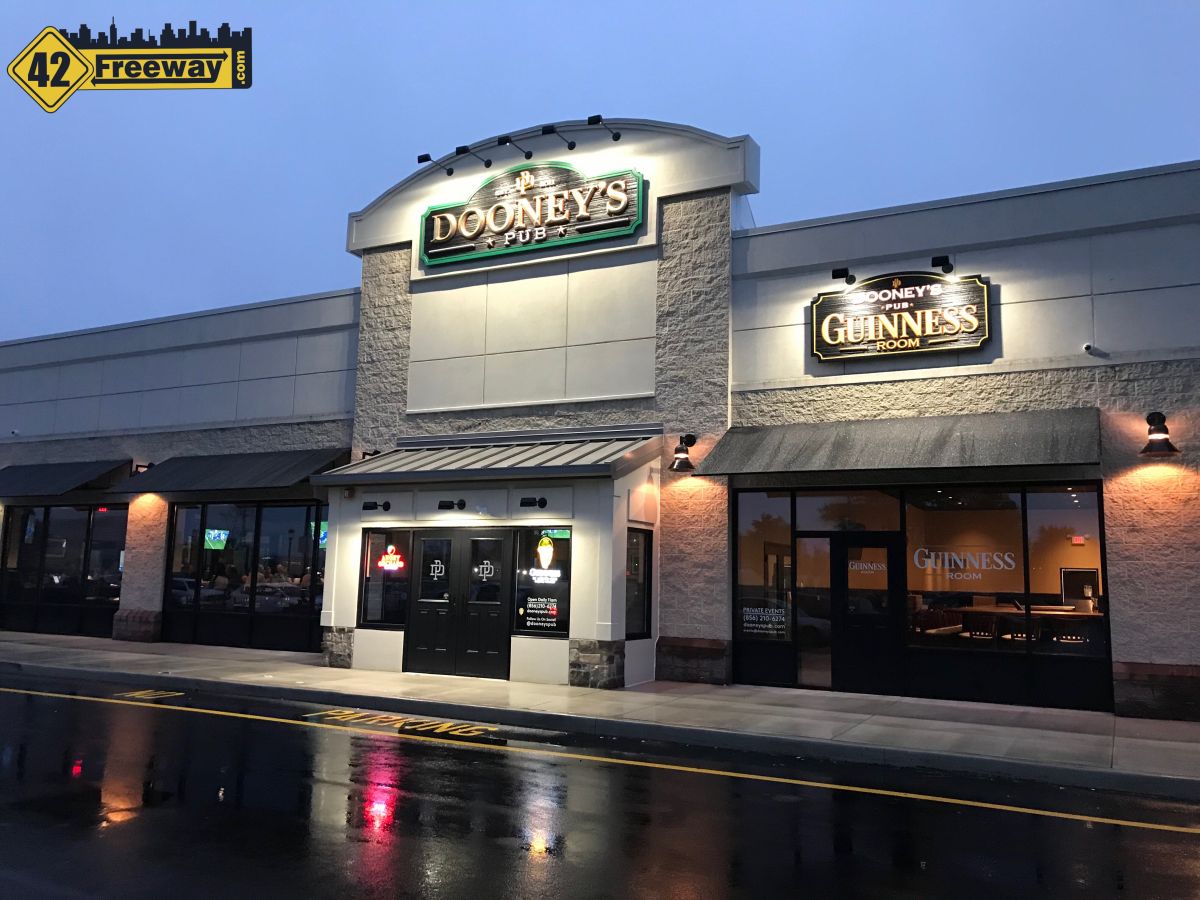 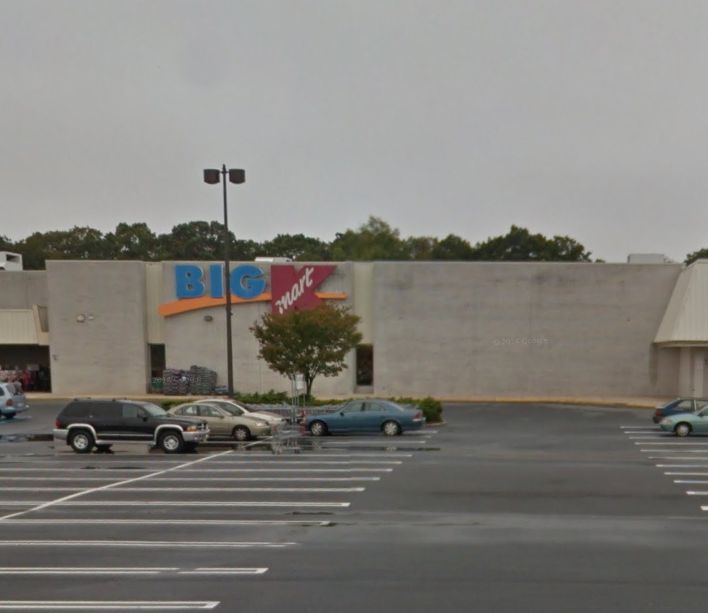