On Thursday Morning March 25th, a large segment of retaining wall and roadway for the massive Direct Connect project for Routes 295 and 42 in Bellmawr New Jersey… collapsed.  Well more like the a portion of the roadway sunk, the large retaining wall was pushed out and also sunk.. and the foundation dirt was pushed out.

The core of this post is a video analysis of the scene, with the addition of new drone shots (provided by Mike Kruce Photography), video from the prior years, visual graphic depictions of what 42Freeway thinks happened… and a balloon.

At the end of the video Mark also provides commentary on the need for more REAL updates from NJDOT on this project.  Why has the the Browning Road bridge project been delated for 3 years?   Why has this roadway collapsed?  And despite the progress in areas (that Mark calls) why is it… that it feels like most days nothing is happening? 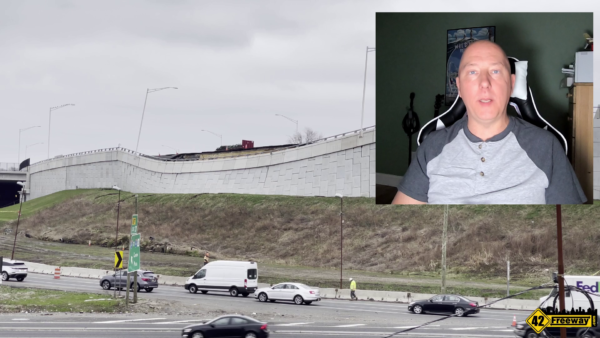 Route 295 South through this area take a very crazy long loop out of the area and back before then merging into one common piece of highway… that is shared with Route 42.  The long curved route and shared highway lanes where cars are joining and existing from different directions causes a very poor interchange experience.. it also reduces traffic speed below Federal limits.

42Freeway has several other posts and videos on this project.. and in the next few weeks we’ll have another full project depiction. 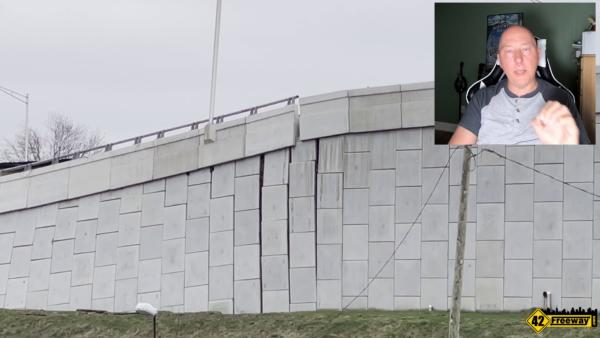 Looking at the project roadway from the ground it would be fair to say this roadway was due to a collapse in the retaining wall.

But was it?    What actually happened.

While Mark is not a construction engineer.. he analyzed available photos and video… as well as his own archive video.. to put together an analysis and theory on what happened.

Feel free to tear his analysis apart… ha.  Comments are open on YouTube and Facebook (where all the action is!) 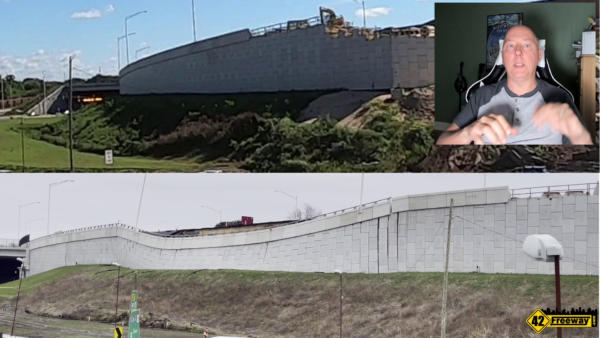 After putting the post and video together we were sent an email from Dan who runs his own Direct Connection website.

Dan brought to my attention an article from February over at Construction Equipment Guide, where they give a lot of great details on the project, and the Browning Road Bridge reconstruction.

As for tasks that have yet to be completed, NJDOT is in the process of securing additional work area needed for the temporary Browning Road bridge assembly.

“Once that is done, the temporary Browning Road Bridge over Route 42/I-76 can be installed,” said Gaus. “The temporary bridge will allow the existing bridge to be demolished, additional road widening to commence, followed by the traffic shifts to allow for the remaining bridge work to start. Additional retaining and noise walls can also start.”