Almost 20 years in the planning, but with the awarding of a $180 million contract just weeks ago in January, the long awaited Missing Moves project in Bellmawr, NJ will start construction THIS SPRING!  Literally months away!  The long awaited road will connect Route 42 North to 295 South, and of course in the opposite direction… 295 North to 42 South (and on to 55 and the AC Expressway)!

Scroll down for Video!  Less than 7 mins long and includes aerial footage!  Mark also talks a little about the never-happened Bass Pro Shops project and the beautiful Big Timber Creek we are all missing out on!

Basically, when completed people driving from Washington Township will be able to get to Riverwinds West Deptford much more easily as they’ll be able to drive from 42 North, onto the new roadway which directly connects them to 295 south!   Similarly, those living in National Park will find it much easier to get to the Deptford Mall, Gloucester Outlets or the shore!

Route 42 will be widened to more lanes in that area, and that large Route 55 North Bridge will finally be configured as two lanes… and will continue onto the widened Route 42!

The project has been broken out into SIX stages and the 295 area will be addressed first, with the widening of the bridge of the Big Timber Creek, to support the additional lanes needed for the new bridge access ramps!  Because these are all new roads with just minor connection points it is expected that impact to traffic will be minimal.

See the new video below but also check out my prior post and really long video! ha!

Unfortunately there will be no new exits into the Bellmawr Landfill area from the new overhead roadway, as was requested years ago by the town and developer.  10 years ago when Bass Pro Shops was looking at the landfill property as a possible location, they were requesting access to the (at the time undefined) Missing Moves roadway.  But it’s clear to me adjustments were made by the State.  As an example, the nearby massive Direct Connect project documents from the planning days just a few years ago…  in their list of “alternative plans” they also showed the Missing Moves roadway and in those older depictions it was shown going through the center of the landfill.  But now we see the final roadway is going along the northern edge of the landfill, so that the landfill stays a larger contiguous property more suitable for future development.

As of now there are no plans for Bass Pro Shops to come to the Bellmawr Landfill, that was a highly touted project 10 years ago which has not materialized.

Honestly, despite many years of promises, nothing concrete has been presented for development in the landfill, and I am sure this is a factor regarding the lack of ramps into Bellmawr local streets, in the final Missing Moves plans.   All that being said, there is nothing stopping them from being added at a later date if needed. But the big win for Bellmawr will be a reduction of passthrough traffic on Creek and Browning Roads, as thousands of people a day drive through the local streets to work their way to the roadways they need… because of the lack of road paths.

From a commercial standpoint, this could prove beneficial to the Deptford Mall, Outlets and other businesses as Gloucester County residents along 295 will have an easier path to large shopping venues and restaurants!  Honestly, I haven’t been covering that part of Gloucester County as well as I could because from where I live in the 5 Pts area (Seven Star Diner) there just isnt’t an easy way to get to that part of 295 (easy beyond stop and go 25mph traffic on Cooper!).  And I missing going to National Park’s Coconut Grove Dockside Clam Bar!

The I-295/Route 42 Missing Moves project will provide ramp movements from Route 42 westbound to I-295 southbound and from I-295 northbound to Route 42 eastbound.  These are commonly known as the “missing moves” in the Interchange which includes I-295, Route 42 and I-76 in Camden County. The majority of the project will be built offline of both Route 42 and I-295, which will have minimal impact on traffic.  All lanes will be maintained during peak hours.

The $180 million project was awarded on January 22. It is scheduled to begin in spring 2020, with an anticipated completion date in late 2023. The project will consist of six stages. Stage 1, which begins in spring 2020, will involve the relocation of Intelligent Transportation Systems (ITS) wiring along I-295 northbound and southbound, as well as widening the Timber Creek Bridge over I-295 to accommodate traffic to and from the new ramps.

Thank you Stephen and Staff for providing us excellent information!

Details are in the Video

I spent too much time on it.  I did the audio 5 times and could still record it again, ha… but this video is less than 7 mins long and covers a lot in a rapid fire fashion… admittedly I am still missing a lot of details!  As an added bonus it includes aerial footage of where the road will go, as well as footage of the large Bellmawr landfill, and the beautiful Big Timber Creek! 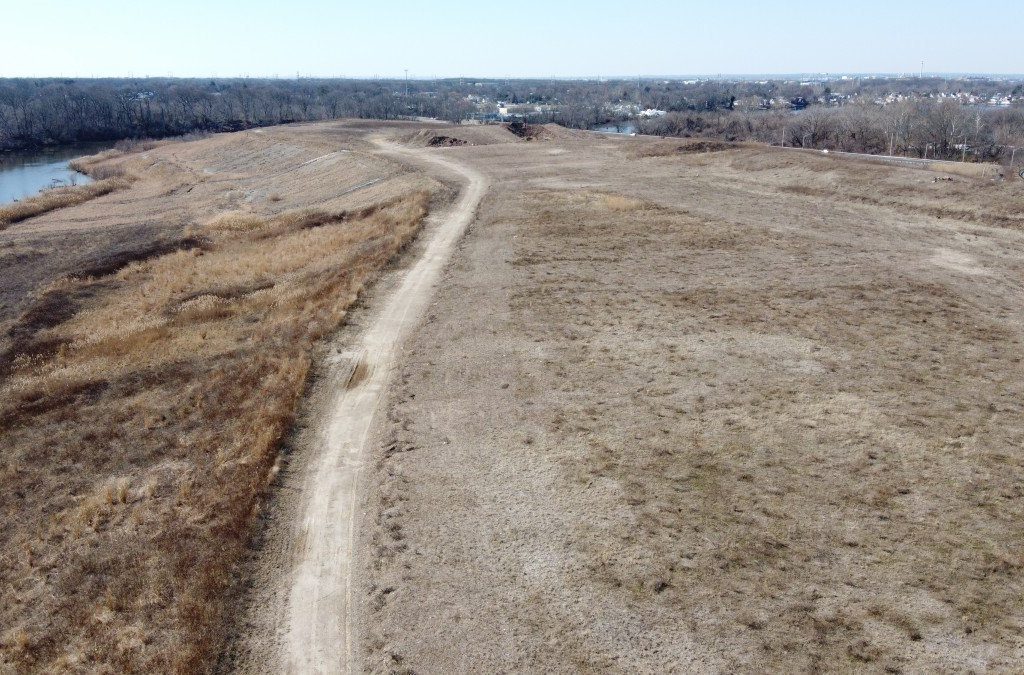 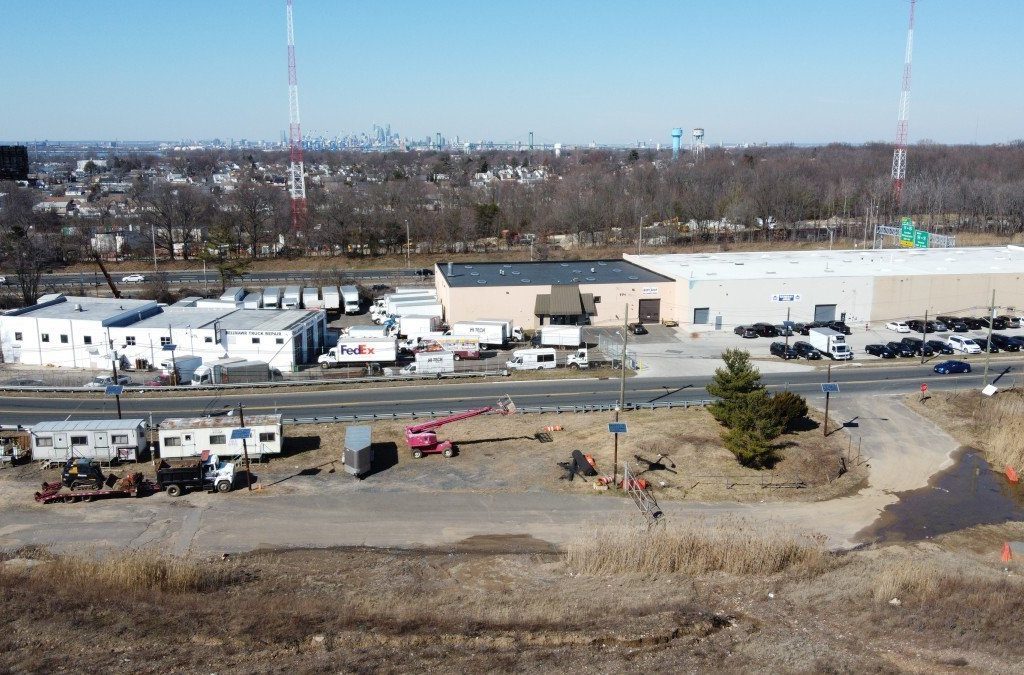 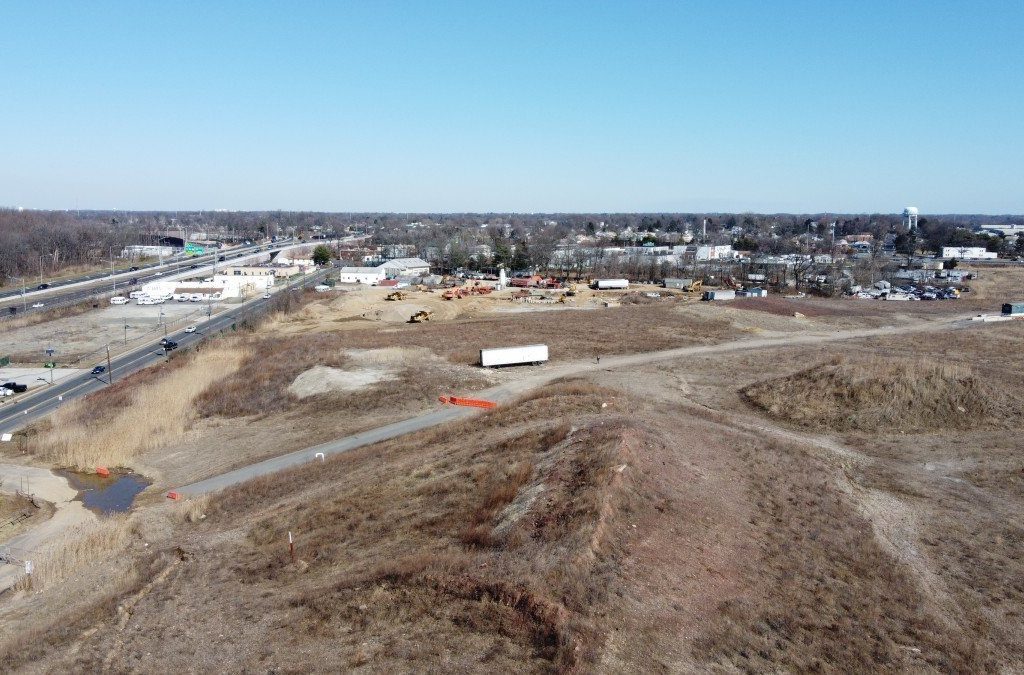 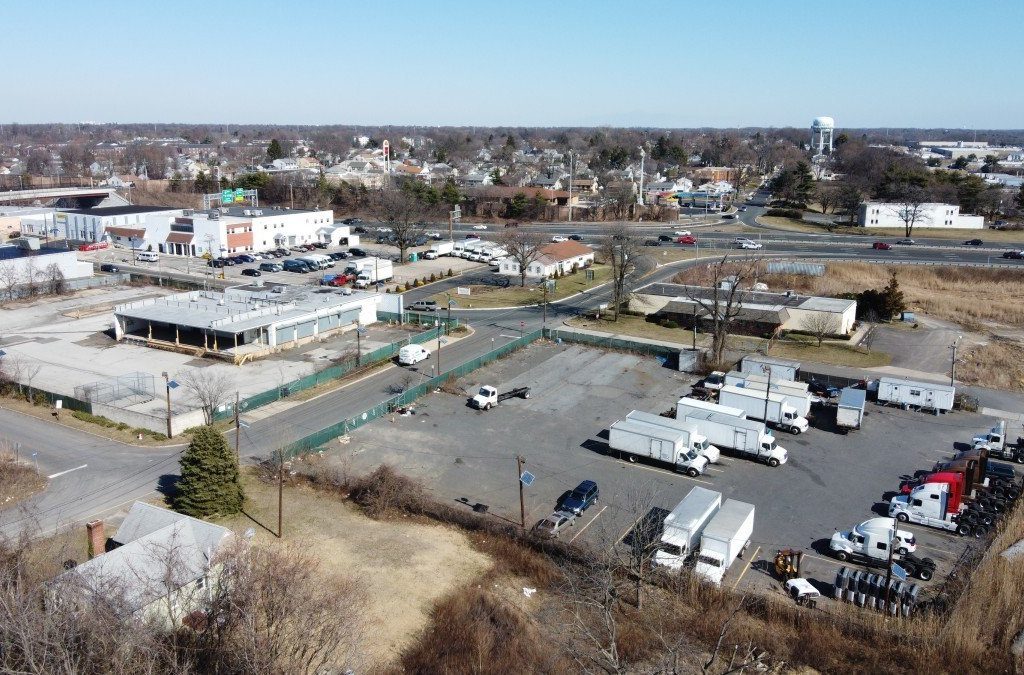 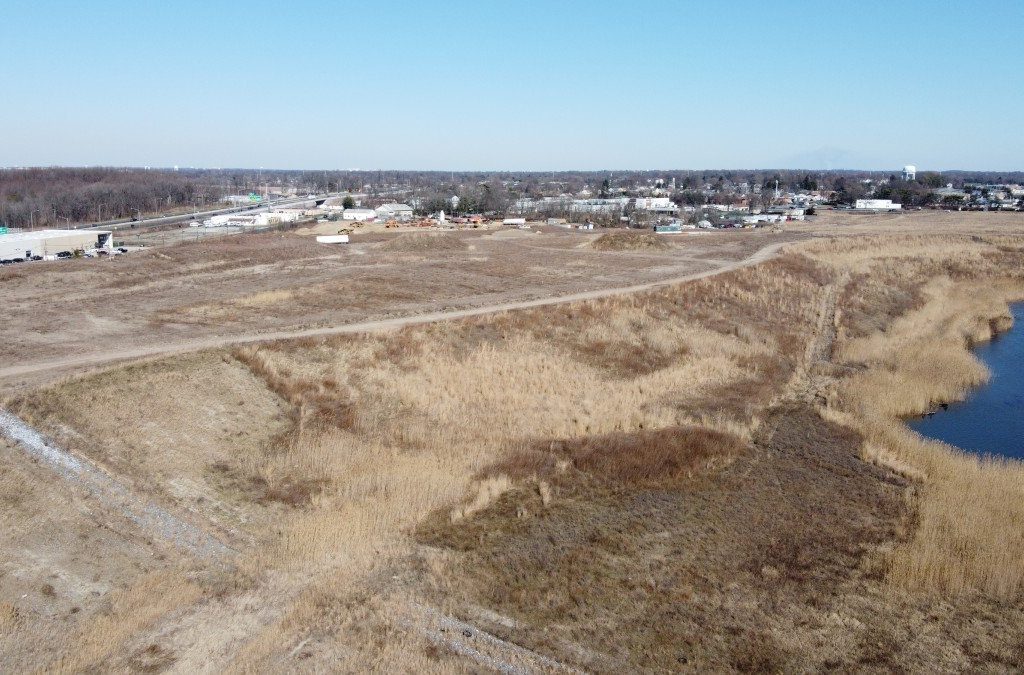 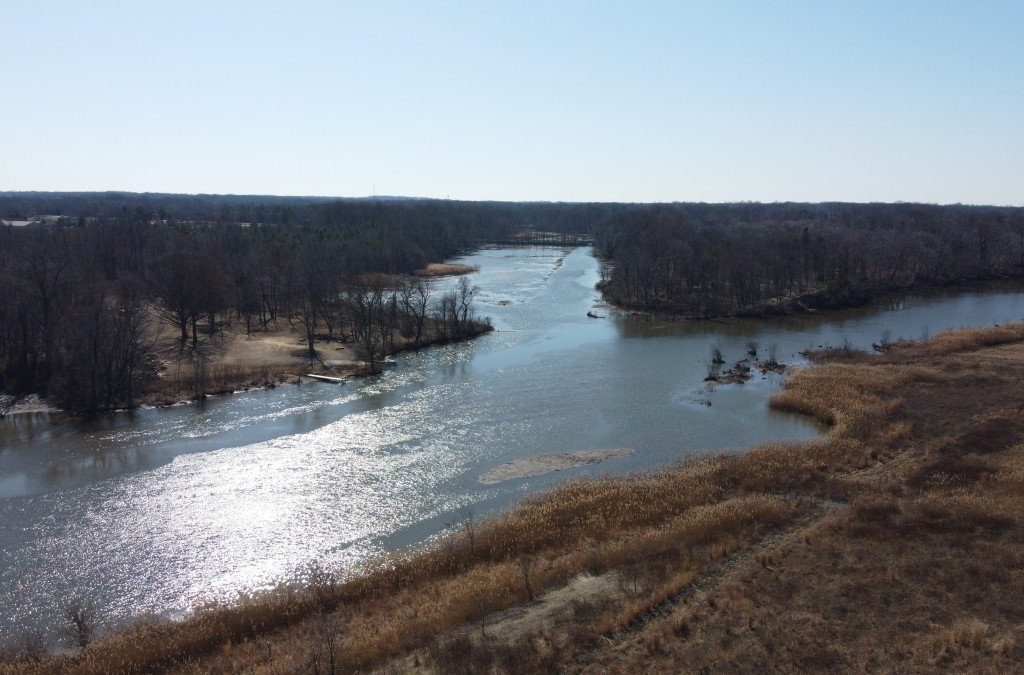 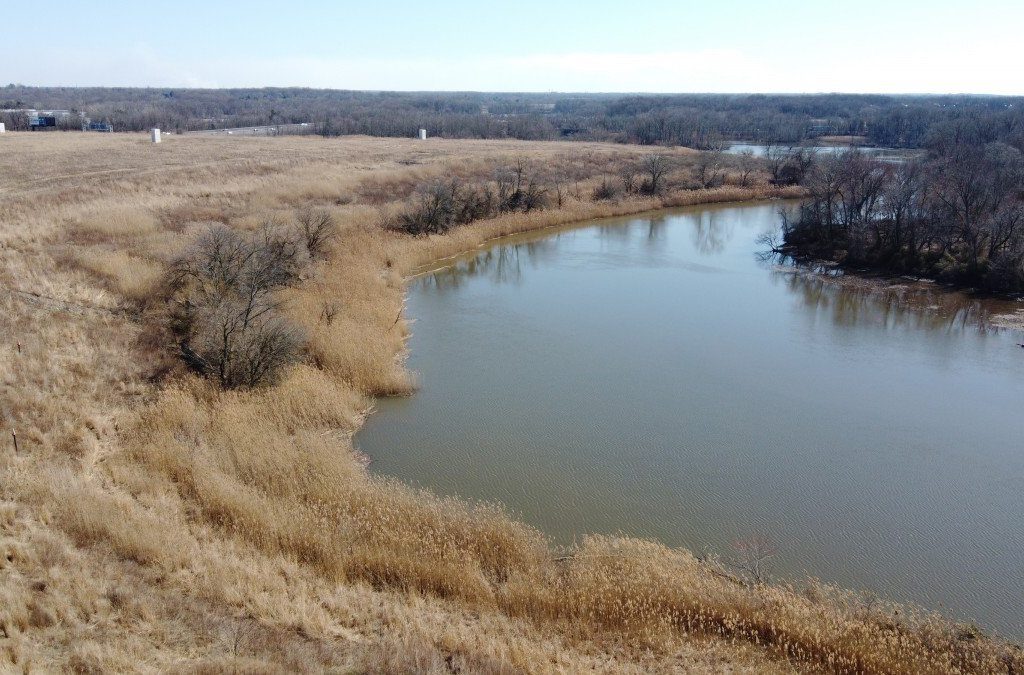 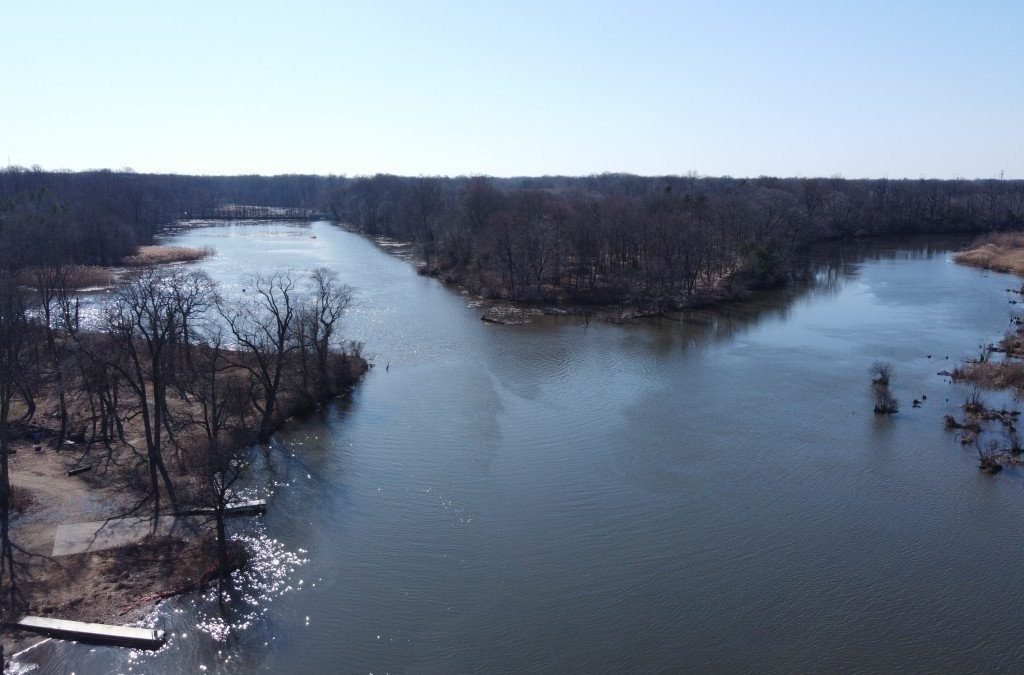 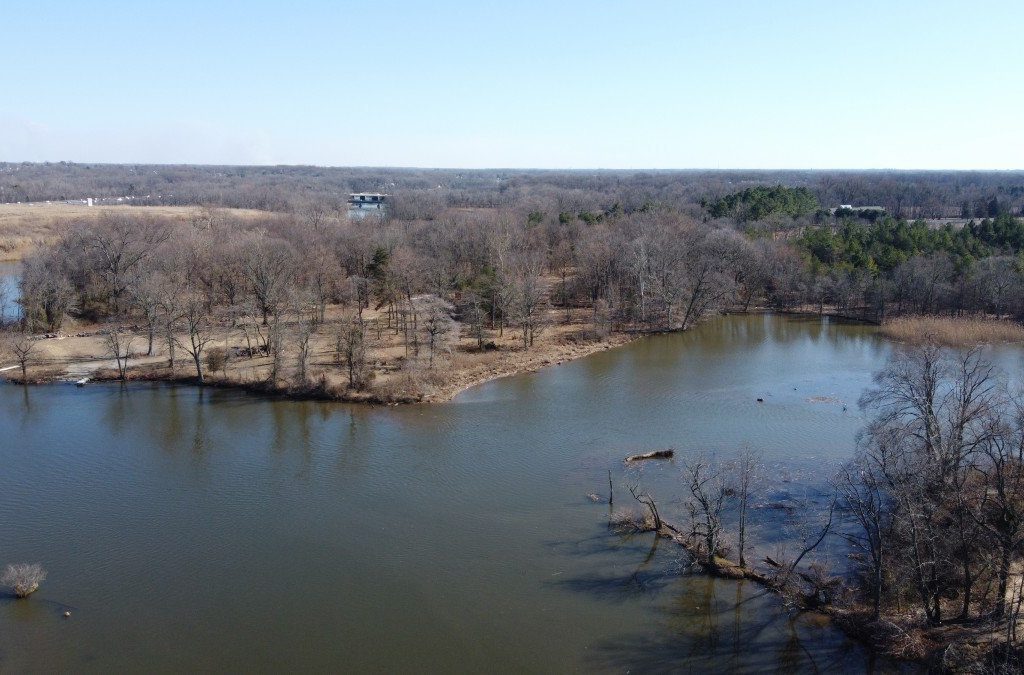