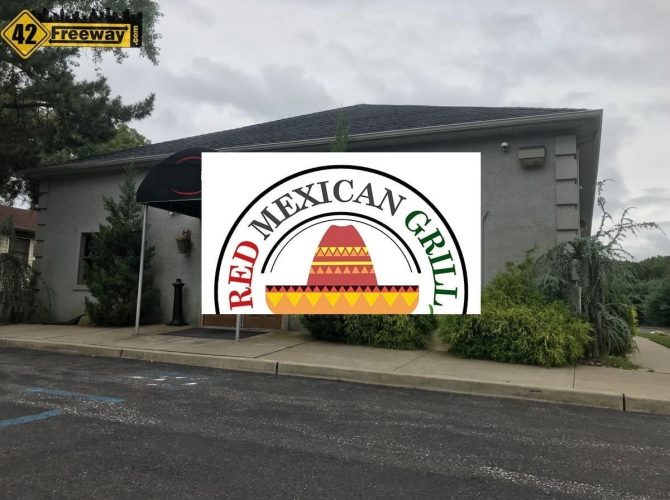 Red Mexican Grill is coming to Gloucester Township on Lower Landing Road, in the building which was previously Amanda’s Bar None.   The new owners are preparing the building to meet their restaurant needs and are hoping for a late summer opening.  At this time they will be opening as a BYOB restaurant, but hope to down the road offer a full bar.

Thank you to an alert 42Freeway reader who noticed the activity at the Amanda’s Building.   It then took us minutes to track down the Red Mexican  Grill Facebook page which was created less than 2 weeks ago!

We had a quick chat with the owners via social media.  I didn’t “grill” them too much, but they are experienced restaurant owners with two existing restaurants… in Pennsville and another in Philadelphia.

Two years ago 42Freeway had the story of Amanda’s closing ahead of new ownership taking over.  Later that same 2018 summer we saw signs that Jaileene’s was coming in.  Well the literally changed to awning to have the bar name.   Can’t miss that clue!  But Jaileene’s never came to be.

42Freeway thinks a Mexican Restaurant is a great addition for that area, and we wish the new owners a heartfelt Good Luck!   Like their Facebook page to keep up with news of this new eatery.