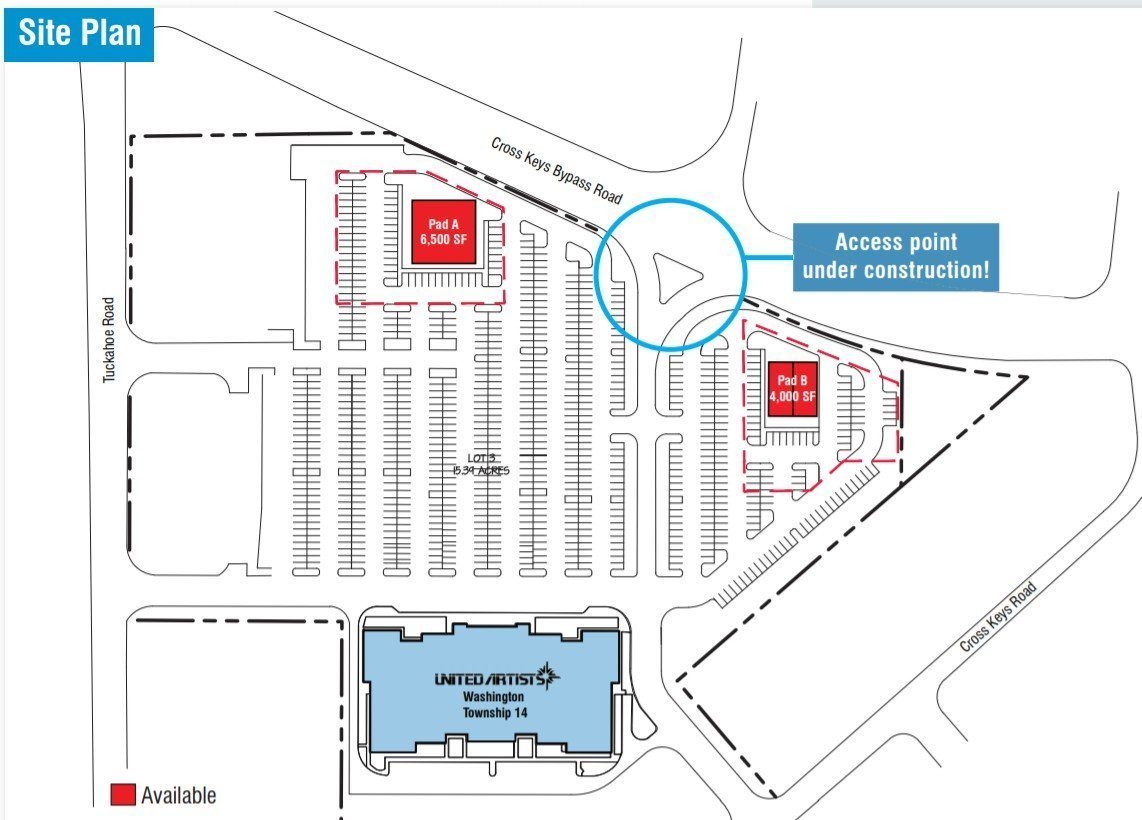 Construction has been taking place over at the UA Theaters on Tuckahoe Road in Sewell (Washington Township, Gloucester County) for about a month now… but all the activity is centered in the parking lot area furthest from the theater building.

The key item going in right now is a new parking lot entrance on to the Cross Keys Bypass Road.   Up to this point the main entrance has been off to the side on Tuckahoe, and not having an entrance at the Bypass Road where the theater actually faces, is slightly odd.   The developers are moving forward now to correct this.

This is a multiple phase project.  The owners/developers of the Theater have approval from the town to build additional retail which will take place at a later time.

Two new “Pad” store locations approved.  Nothing signed yet.  Nothing being developed yet

Also as part of the approval process with the town, theater management requested an approval to build two separate pad stores in the parking lot closest to the Bypass Road, along the commercialized roadway.

Township planning board meeting minutes, as well as a recent email conversation with the leasing company… both state that at this time no one has signed on to take over either of the approved pad sites.   But even without a deal signed, the property owners felt it was important to move ahead with the new entrance as it will benefit the theater itself, and increase the possibilities of signing new tenants.

Back in 2015 the theater “redid” the seating in the theater  to include much larger recliner chairs which significantly reduced the seating from 3700 to 1242.  As you would expect, this reduced the need for a full 1000 spot parking lot, and almost immediately after the theater seating was changed, the Theater management started the approval process to in 2016 to utilize the extra parking are for other retail uses. 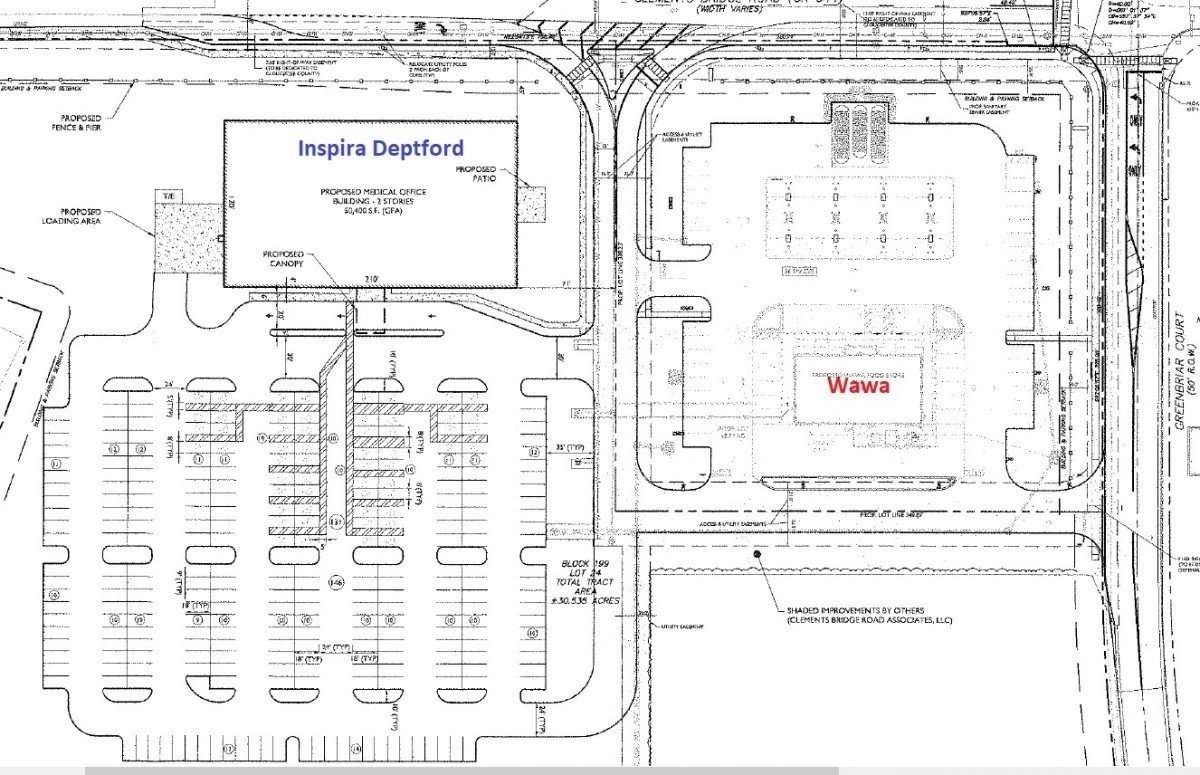