A Tesla combo story.  I learned earlier this week at the Deptford NJ Planning Board meeting that Tesla Motors wants to build a 12-bay charging station at the Deptford Mall.  The location being on the Clements Bridge Road side, close to Boscov’s.  Superchargers are high speed, high powered chargers for the Tesla electric cars.  Currently the chargers only work with Tesla vehicles, but it seems efforts are taking place to open them up to other cars.  Tesla would like to move fast and thinks they can have them up and running at the Deptford Mall before the end of 2018

If you aren’t aware, Tesla is the the leader in electric cars, and really has rattled they entire auto industry.   A new company coming in to the massive automotive industry and having great success does not go unnoticed by car manufacturers, who are working hard to their own hold in the electric car space.

The cars are premium priced and the waiting lists are long for the cars.

So in doing research, I find out that the planned Cherry Hill full sales and service center is close to opening.  Like very close.

I found my way to Geoff Gelay of RC Helicam who just last week took aerial photos and video of the Cherry Hill, NJ location’s store.  He has amazing photos of the exterior the building showing that everything is in place… logos, signage.  He also has a couple shots from inside the store, which I don’t know how he got those!

I chatted with Geoff of RC Helicam.  He is a true Aerial Photography professional,

I’ve been doing the Aerial Visuals thing since 1999 — when I was in a machine shop building these machines from scratch. The technology and industry has come a LONG way for sure! … I also do professional ground photography, weddings, corporate videos, TV shows, etc with my skill (and gear) set.

Geoff gave me permission to use his photos and video, and if you have a need for any aerial services in our area… please reach out to him.

So in reading some Tesla forums, it seems the Grand Opening was supposed to be in March of this year, but presumably the weather delayed the opening. People were sent email invites and then informed of a delay.  Now.. .according to posts in a forum, the Grand Opening (for select invitees) is scheduled for April 12th.  This is unconfirmed at this time but I have no problem posting about it, because as you’ll see in the photos and videos… the only thing left to do is roll in the cars!

For more information on how the Tesla Cherry Hill location came to be, read about it over at NJ Pen. 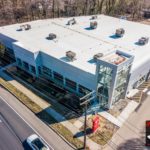 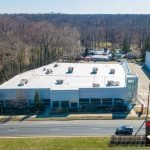 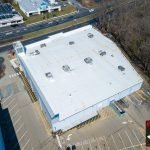 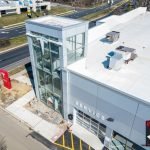 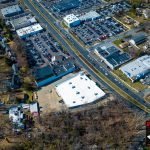 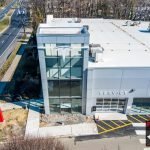 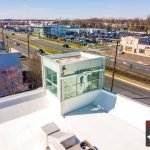 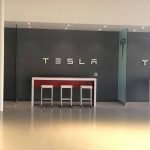 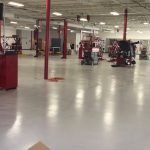 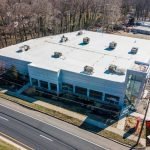 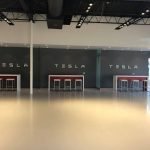 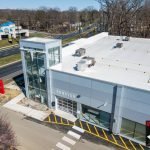 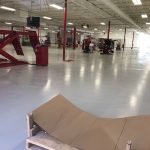 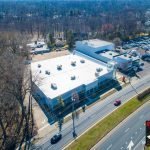 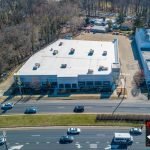