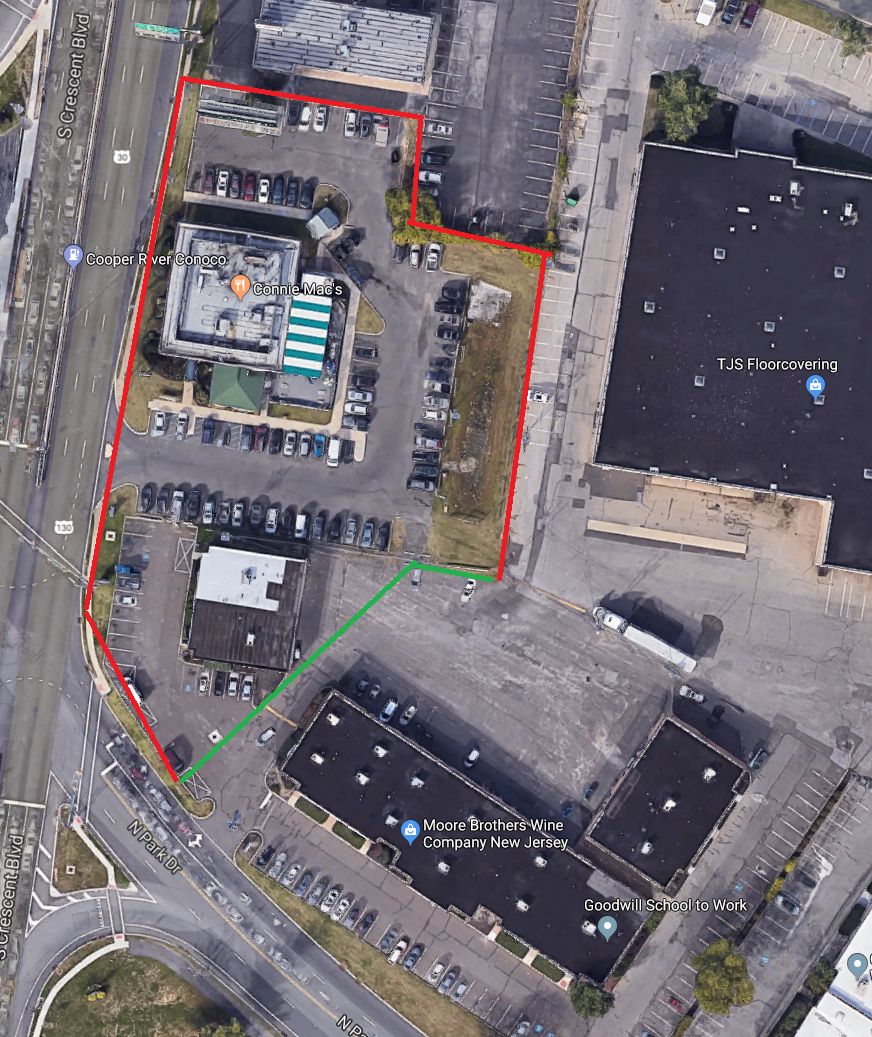 The Super Convenience Gas Store War continues, with Wawa looking to move into Pennsauken at Cooper River, at the site of well know bar/restaurant Connie Mac’s.  Connie Mac’s is still open.  Please go visit them!  It will probably be a long time before they close.  On July 3rd, the Pennsauken Planning Board approved the plan for the Super Wawa, as well as a minor subdivision approval to split an adjacent lot, making the Super Wawa property slightly larger than the Connie Mac’s property.

For those not familiar, Connie Mac’s is a bar and restaurant which has been operating on Rt 130 near Cooper River since 1997.  One of its most recognizable features is its massive outdoor deck.  Founder and owner Connie Mac sadly passed away a few years ago, and his wife is looking to move on from the bar business.

The May 2018 Planning Board gives clarity to the plans;  Connie Mac’s rests on tax lot 11 and this will house the bulk of the Super Wawa and fueling facilities.  The adjacent tax lot on the corner actually wraps around the corner to include the building where the famous Moore Brothers resides.  THE MOORE BROTHERS BUILDING IS STAYING.  The minor subdivision is to split that lot into two so that that smaller building on the corner can be incorporated into the Super Wawa lot 11.   (I need to do a post just on Moore Brothers.  If you like wine… Moore Brothers is amazing!)

The image attached at the top of this article is an estimated depiction, with the green line showing an approximation of how the lot 10 will be split and added to lot 11.

Both Connie Mac’s and the small corner building (Doctor’s Office, Labor Agency) will be demolished.

There really is a super convenience store race taking place with Royal Farms aggressively entering the South Jersey Marketplace.  Considering the core target areas have been fully developed, the stores are getting aggressive in needing to buy out existing well established business in effort to secure the most prominent locations and intersections.  People were surprised when Clancy’s Sewell was purchased and shocked with the Metro Diner was purchased.  We think of it as “coffee and gas” but this is HUGE business… consider that Wawa and Royal Farms are spending millions to acquire active businesses and demolish them… even before they’ve put a single brick up for the construction.

I have a lot of history at Connie Mac’s.  A few years back I was a hobbyist singer in a rock n roll cover band, and we played Connie Mac’s several times. Namesake owner Connie was a big fan of the band (and my stage antics! ha) and he had us back in several times including a featured New Year’s Eve show “It’s the Final Countdown!!!”  ha.  Somewhere I have a lot of video…

There is no timetable for the construction.  As we saw with the Wawa construction at Clancy’s Sewell and Metro Diner in Brooklawn, it can take a long time before construction activity starts.  Until then Connie Mac’s REMAINS OPEN! 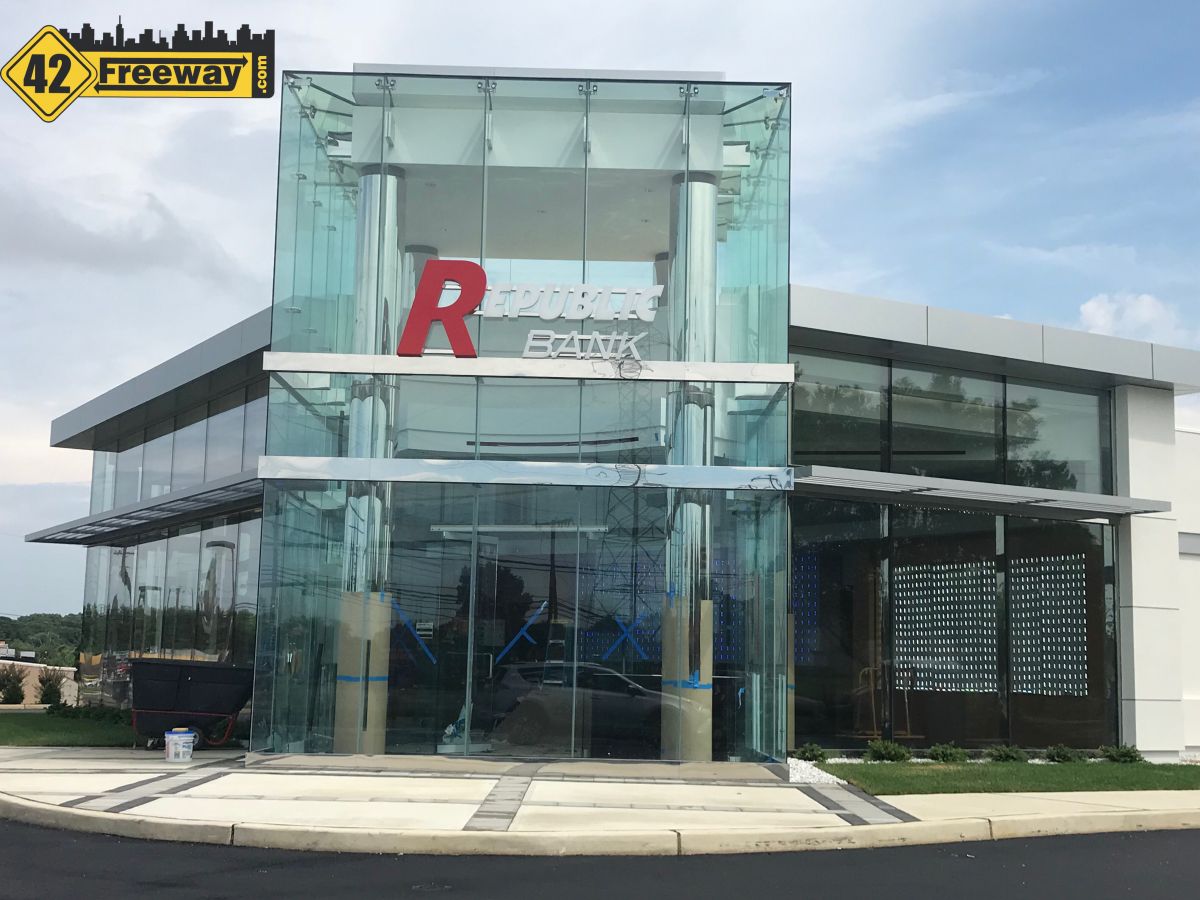 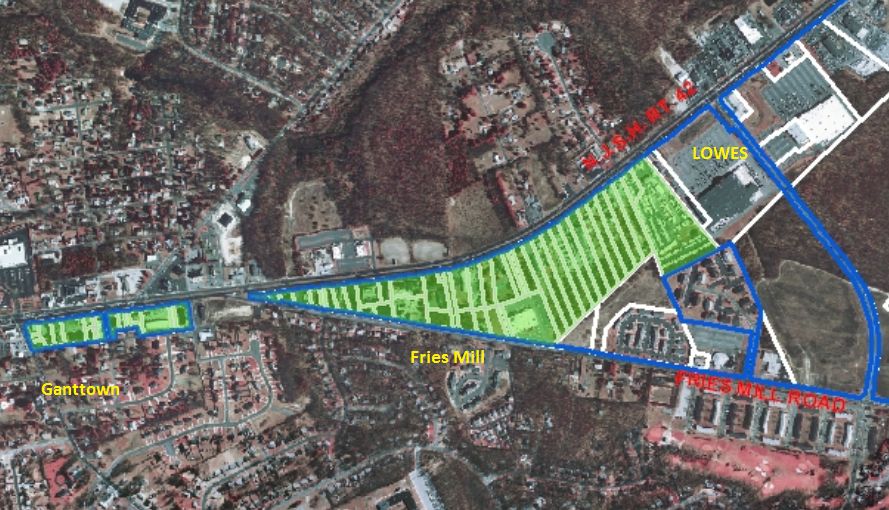