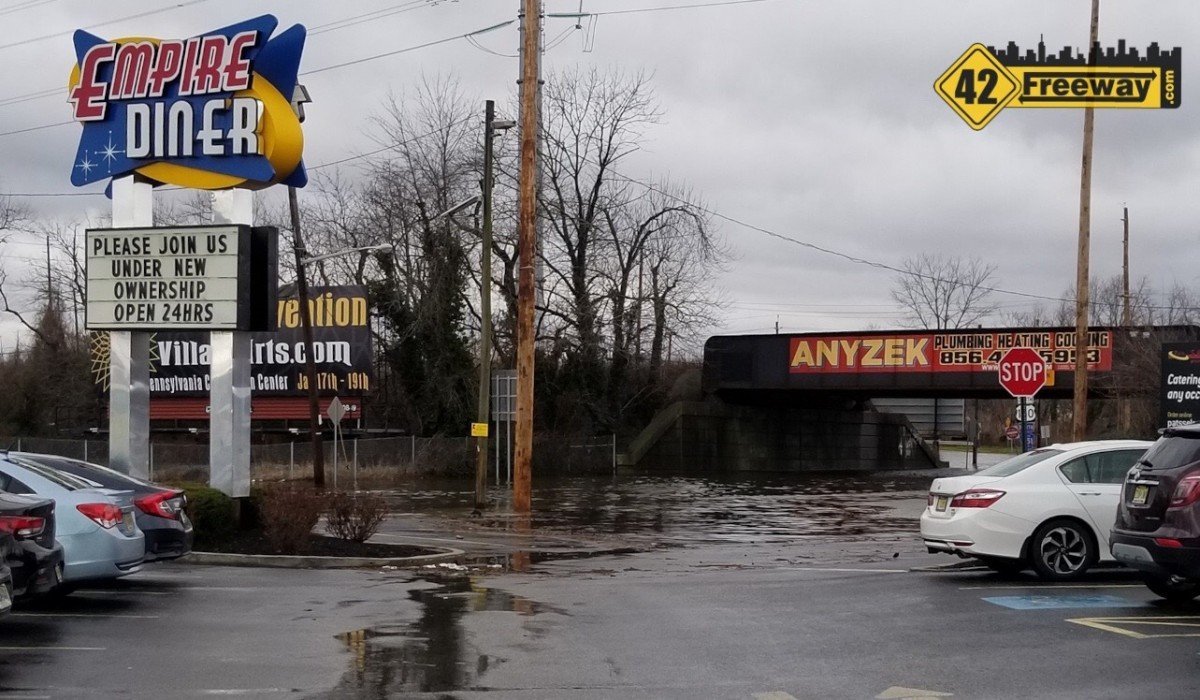 On the Brooklawn side of the Big Timber Creek water flooded the marshland, reaching up to the traffic circle of the Crescent Boulevard to a depth of more than a foot
The Morning Post March 20, 1936

It sort of started as a joke, yet in a matter of weeks the “Is the Brooklawn Circle Flooded?” Facebook Group is  already approaching 1,000 members, and earning rave reviews from it’s members who are looking to find out or share if the Brooklawn Circles are passable.

I work in Gloucester city I have to keep an eye on this flooding issue this page is ABSOLUTELY WONDERFUL THANKS SO MUCH!
Facebook Group Commenter

Most of the 42Freeway area is aware of the twin Brooklawn Circles at the junction of Rt 130, 45, and 47 in Brooklawn… and you probably know that they can flood.  Plus there flooding can take place even BEFORE the circles next to the Gateway Diner on the other side of the Timber Creek Bridge (more on that).   But if you don’t live in the area I would bet you aren’t familiar with how often the highly traveled interchange floods to the point of stopping traffic, and the difficulty it places on people’s lives when a decent rain and high tide converge.  And it does flood.  A LOT.   The circles make up a key path between Westville, Bellmawr, Brooklawn  and Gloucester City… one that if flooded can really send drivers out of their way to get around it.  This is not an impact in just the immediate area.  Consider if you are anywhere along the Rt 47 Westville/Deptford areas and want to get to Bellmawr and Brooklawn.. if the circles are closed and flooded you literally have a 20+ minute detour backwards towards 295 North, up  into Bellmawr and exiting in either Gloucester at Market street or the Black Horse Pike?  Literally happened to me a few weeks ago visiting Bellmawr from Deptford.

the Circle had been flooded most of the day, but when the waters quickly subsided, [officer] Saymon and others saw dozens of fish flopping around in the puddles left behind. “It’s sitting here in the freezer at the station”
Philadelphia Inquirer, Nov 30 1993

Like I said, it started mostly as a joke… by me! ha.   About 18 months ago, after seeing growing success with 42Freeway I decided to take a step back from personal social media and try to focus more on blogging (if you guys only knew where my brain wanders!).  Anyway, I shut down my personal Facebook account and created one just so I can manage my FB pages.  But then I started joining in the town groups so that I can share my posts, and learn.

And when I was approved again in my old stomping grounds of Bellmawrians, I saw regular rain day posts “Is the Brooklawn Circle Flooded?”.  And people were answering.  And some were nasty.  But again and again people were asking.  So I made a group.  And people joined.  And it got shared.   And people started helping each other.

The worst traffic snarl was reported at the Brooklawn Circle which was under more than two feet of water
Courier Post Dec 9, 1950

And people starting sharing the group with others:

[A friend] mentioned it on her page…first I laughed…then quickly requested to join the group! Many of us from West Deptford ask about the circle’s condition as we frequently travel 130 so I mentioned it on one of our township group pages.
Facebook Group Commenter

Now don’t get me wrong… approaching 1,000 members is cool but it’s not earth-shattering.  But it’s only been weeks since the group started and people are posting almost every day (every 30 mins when it rains it seems!), but seriously this problem has existed for longer than any single reader here has been alive!

Blame It on The Train

Saw this on someones page. I Love It because I always drive through the water and wonder “Is it me or can this be fixed?”
Facebook Group Commenter

Now if you’re paying attention to these clips, you’ll start to get a sense that the flooding used to be worse.  And it was.  Not that Mother Nature has gotten worse, but the State of New Jersey has made several attempts to improve the roadway and over the years the circles now sit several feet higher than they used to decades ago.  A higher roadway means cars are lifted up higher than the rising water level.

Back in 1982 the State constructed one of its several attempts to approve the situation.  A $3.2 million project to raise the roadway several feet was constructed.  In today’s terms $3 million doesn’t sound like alot for a road project… but time flies!  That was 40 years ago!

But the big challenge remains… the train bridge which dissects the two circles overhead.  If that train bridge were for cars, it would be not be a problem to bump up that bridge higher at a steeper incline so that the circles underneath could be raised higher.  But trains are big and long and they need a gradual grade.  You cant just raise the train bridge at the circles a couple of feet without raising the entire train track higher for a very, very long distance.  And how would you do that while the trains still need to run?   If you are rebuilding a car roadway ya just throw some orange cones down and say “Drivers go this way”.  But a train?   Well you’d probably have to build a completely new track line next to the existing track, extending for a mile or two to have enough gentle grade to raise the bridge.

Simply, it ain’t happening.   That rail bridge is never getting raised.  The only way things could change is if the rail line closed and the bridge was removed.  But guess what?  Not only are there no plans for that…the Gloucester County light-rail is slated to use the same route!

Best page on Facebook !!!! I can’t thank you enough !!!! I have to drive to DE from Gloucester City and unfortunately I need that circle !!!! This helps sooooooo much
Facebook Group Commenter

So this article is about our growing little Facebook Group… but really, it’s about the Brooklawn Circles and their over 100 years of flooding problems.  Yes, things have gotten better with the State’s construction projects, but is there more that can be done?  Wildwood has a similar flooding problem at the entrance to the island at Rio Grande Ave where they are also raising the roadbed 30 inches but also adding a huge pump to move the water out!  Would something like that help the Brooklawn circles?  It would probably require some additional barriers for the Delaware/Creek… but it makes me wonder if there is still a sliver of hope?

NJ.Com had the story a year ago of a planned road project to take place on Route 47 near Westville’s Gateway Diner, to raise the roadway and bridge which crosses over the Big Timber Creek so that the roadway would be higher than flood levels.  The really interesting part of the story is, the State held a public information session on the “still in planning” project and shared a possible plan to take over the Gateway Diner (presumably to demolish it)… except it seems the state forgot to tell the Gateway Diner owners of this plan before it was rolled out to the pubic in the information session!

I had seen the notice for the Rt 47 bridge construction but had a busy night and didn’t make it.  Kudos to NJ.com for getting this interesting twist into the media.

From the NJ.Com article “The plan also floated an idea to buy or acquire the 140-seat diner with a liquor license, because [Diner owner] Frangos said officials at the meeting told him it would be cheaper to buy his diner than pay for repairs to his parking lot and property from the road project.”

The article also explains it was still early in the process, construction was a few years away with an anticipated completion date of 2024.

If you are a regular traveler of the Brooklawn Circles and Rt 130/45/47… please join us in the group.  But seriously it’s about flooding.  If you are curious about current conditions, scroll through a bit to see if someone else has posted a status and if you still have a question… feel free to ask.  And of course if you are a brave soul blazing the trail through the circles, please share your experience.

The only other topics allowed for now are anything about the area immediately surrounding the circles, which people are seldom doing.

And the rules are strict, and you know them.  The first time you say “just drive over there and look”… you are insta-banned! 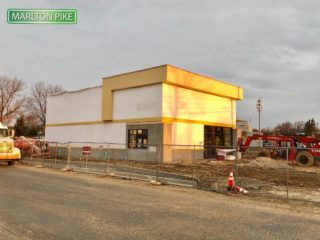 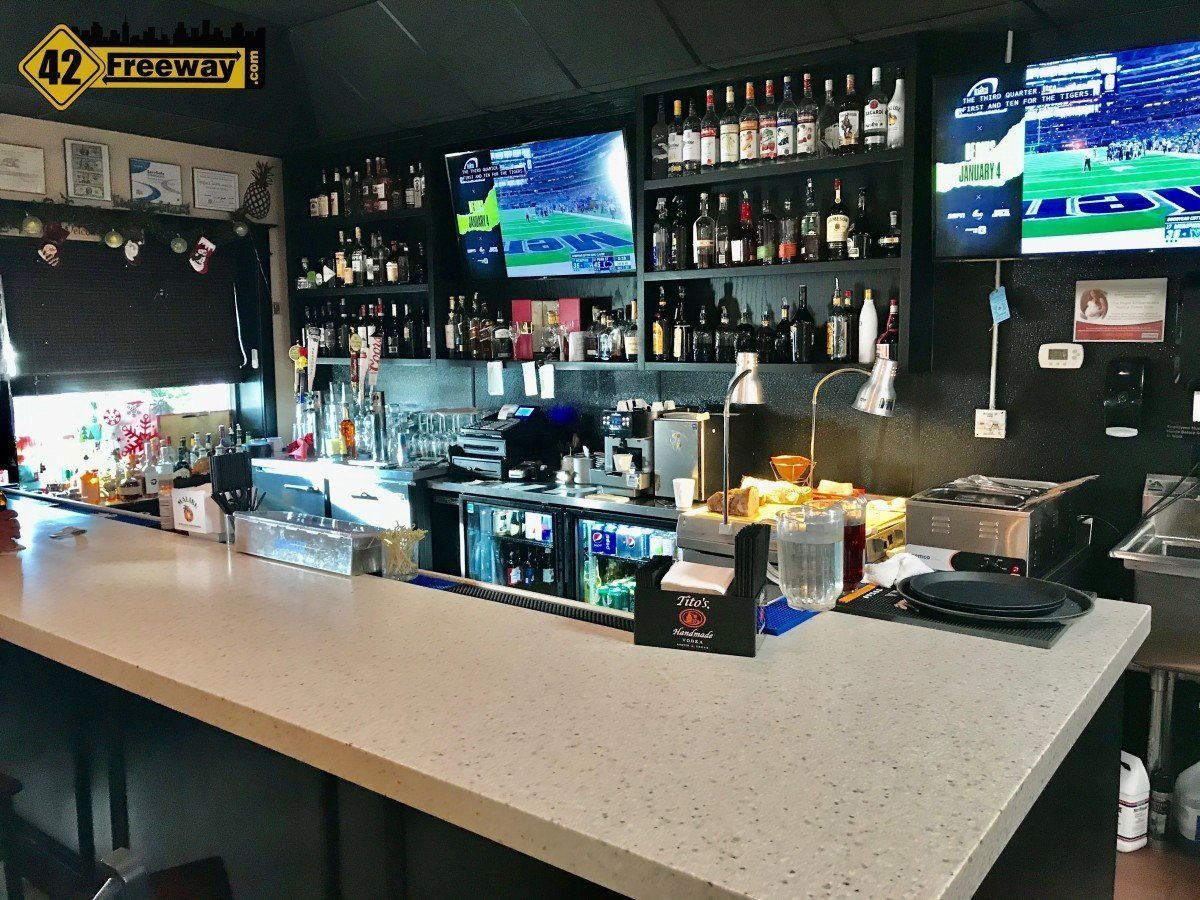