Williamstown NJ is very excited about the opening of the new Grindstone Restaurant on Main Street, almost directly across from the 13th Child Brewery and just a block away from The Grand Theater.  The new restaurant features artisan Wood Fired Pizza and small plate “Tapas” appetizers… and is a BYOB.

42Freeway stopped in on Sunday night just to check the place out (I didn’t have the misses with me, but we’ll be back soon!) and they have done an amazing job with transforming the space into something unique, cozy and inviting.  It’s not an overly large restaurant but they were still able to comfortably fit about 15 tables in the room, the wood burning oven, and a lot of awesome “character”.  It has a city Fishtown or New York feel to it.

At it’s core it is an artisan pizza shop making delicious varieties of pizza in their wood burning stove (such as Margherita, Arugula, White, Veggie, Breakfast and more!).  From there they take the communal aspect of pizza “hey, pass me a slice” and carry it into the rest of the menu.  There are no individual entrees or sandwiches.  The entire menu is about sharing food with your friends and family… delicious offerings such as Crispy Brussels Sprouts, Risotto Balls, Roasted Cauliflower, Parmesan and Herb Fries, and more!

And this is what Tapas is all about!

Chef Cody Kiel is from the New York City area and has brought his talents here to provide a range of deceptively simple yet memorable tapas, with a rotating selection of dishes inspired by local farmer’s markets and purveyors.

The ingredients are all fresh and from local farm markets.  The Salgado’s and Chef Kiel are so focused on quality food, they are not offering take out options!  They want you to experience their food craft in the best possible manner…  fresh and hot out of the oven!

The restaurant is owned by local Williamstown family, the Salgado’s.  While we were in contact with a representative before the opening, I haven’t really chatted with them around the opening.  I assumed they were just too busy getting things ready, so I didn’t bug them.   The important thing is 42Freeway is letting you know that Grindstone is a new restaurant on Main Street Williamstown, they opened this past weekend (11/23/2019), we are giving you an idea of what to expect… and support local businesses!

One thing that really grabbed my attention is immediately the rave reviews were pouring in to town Facebook groups and their FB page.  Dozens of positive comments and genuine positive reviews.  The only request was regarding offering take-out, especially to the brewery across the street!

This is just one example, but check the bottom of this article for MANY more!

The Main Street retail district isn’t large by no means, but with the right mix of businesses it is quickly becoming an area destination place, and Grindstone instantly becomes a big part of that ongoing success.  Within a short walking distance you have: A one-two punch!  I stopped in at Grindstone this past Sunday, and the restaurant was busy.  I stayed long enough to grab a couple photos and popped over to the 13th Child Brewery.   They were just winding down from a member’s event so it was a little quiet… and I chatted with the bartender a bit.  I never said who I was (or caught his name), but it’s sometimes good to get an unfiltered opinion.   I’ll paraphrase his comment that grabbed my attention;

Last night (Saturday) was great!  The Grindstone had their Grand Opening, The Grand Theater had a big show playing, and we (13th Child) were busy all night.  People coming and going between the businesses!   I hope we have more of that.

And that’s exactly what the town leaders and residents want for their Main Street.

If You Go: Grindstone Restaurant 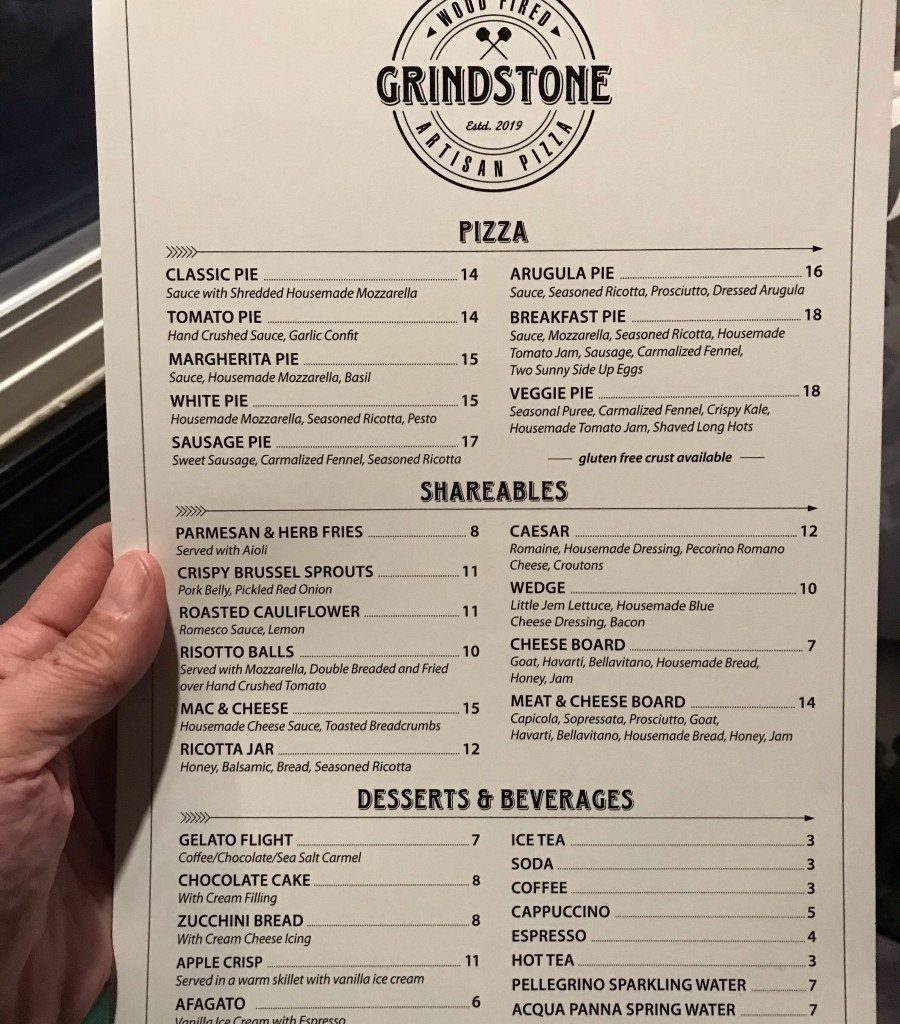 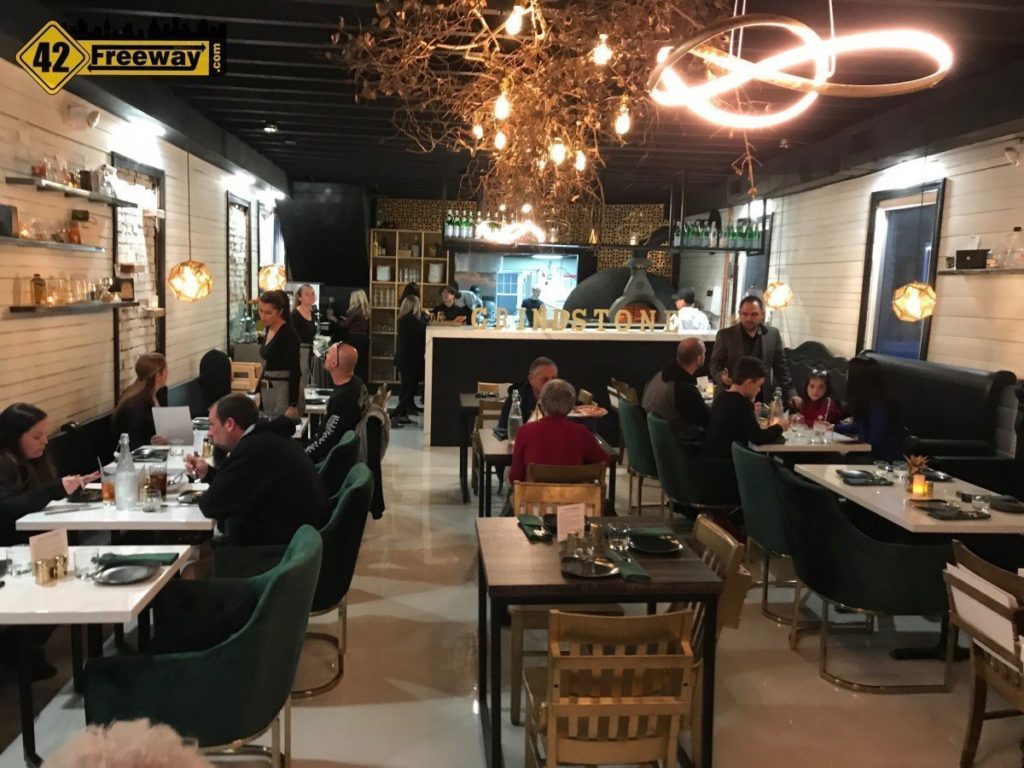