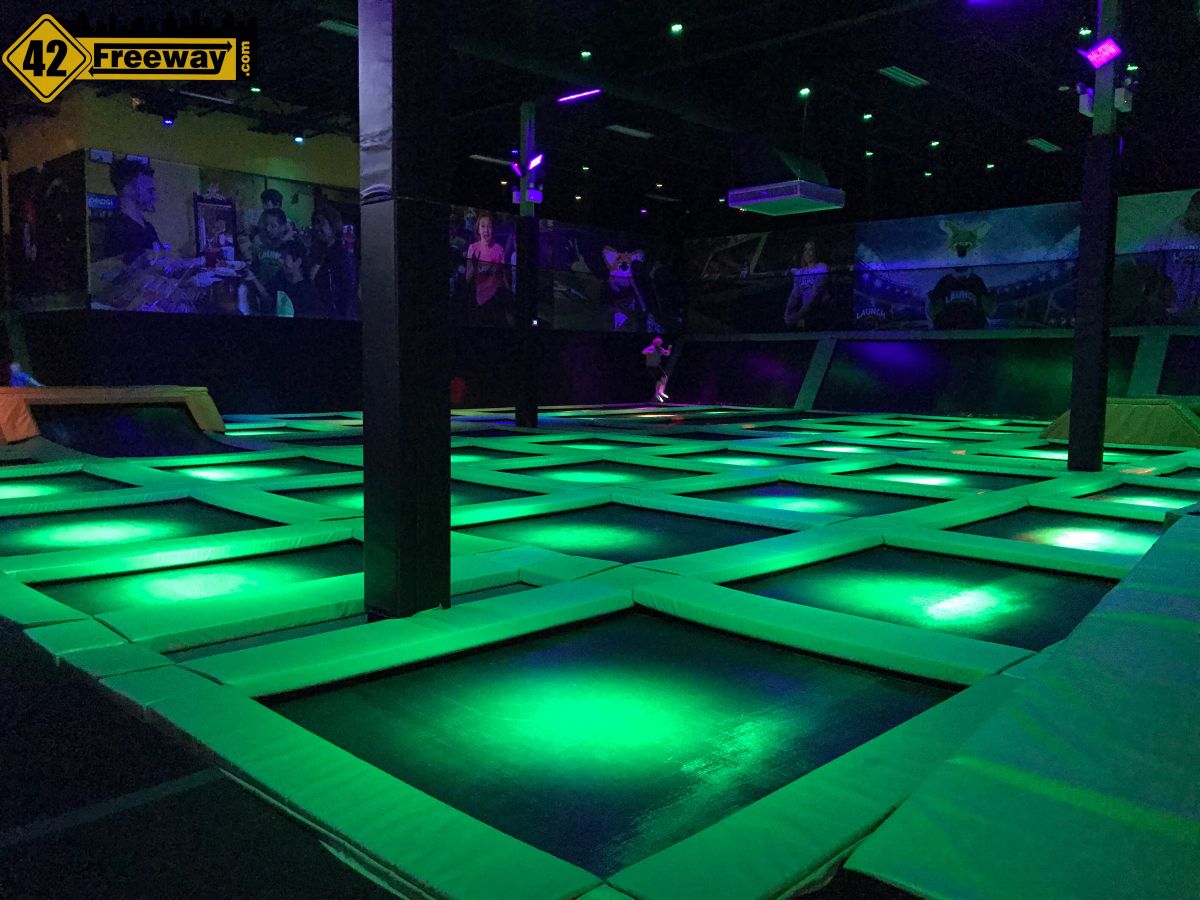 42Freeway published a story almost exactly a year ago about the Launch trampoline park coming to Deptford, but I never got around to doing a post about it opening up this year.

So on a quiet Monday night I stopped in to check the place out.   Oh yes its a trampoline park, but there is so much more for the kids!   This place is HUGE and offers a variety of fun activities.  Yes there is a very large main trampoline area, but there are also separate areas for basketball, dodgeball and other games.  There is an “American Ninja” style area where the soft landing is foam blocks instead of water.  Video games are offered along the main walkway.  There is a tube style climbing play area, and they are also preparing a rock climbing experience and a 3D virtual rollercoaster.  They even have a snack bar!

When my wife and I walked in, they were just starting their darkened neon session time… was really cool to see the place glow!

If you’ve tried the other trampoline parks in the area, trust me… this one is worth a visit.

They have party rooms available, and up on the second floor is an adult lounge area platform with televisions and a view of the whole facility.

As was widely reported, Launch is owned by former NFL Eagle player Jason Avant, and I was happily surprised when I stopped in and asked to see the manager… that Jason himself came out to meet me.  He’s more than just an owner, he seems to be taking a very active role in making his new venture a success.  Apparently we weren’t the only adults asking “Can we rent this place out after hours?”.  Ha!  Unfortunately no, that isn’t in the plans.

The location is on Almonesson Road in Deptford, in the shopping center that has seen an amazing revitalization, with the openings of major stores such as Burlington Factory and Hobby Lobby, to go along with Ross, Red Lobster, and Olive Garden (to name a few)

There is a lot more to the place. Check out the photos below!   Click on an image to bring up the larger slideshow view.
As I said, this was a late Monday night so the facility was a little quieter than normal. 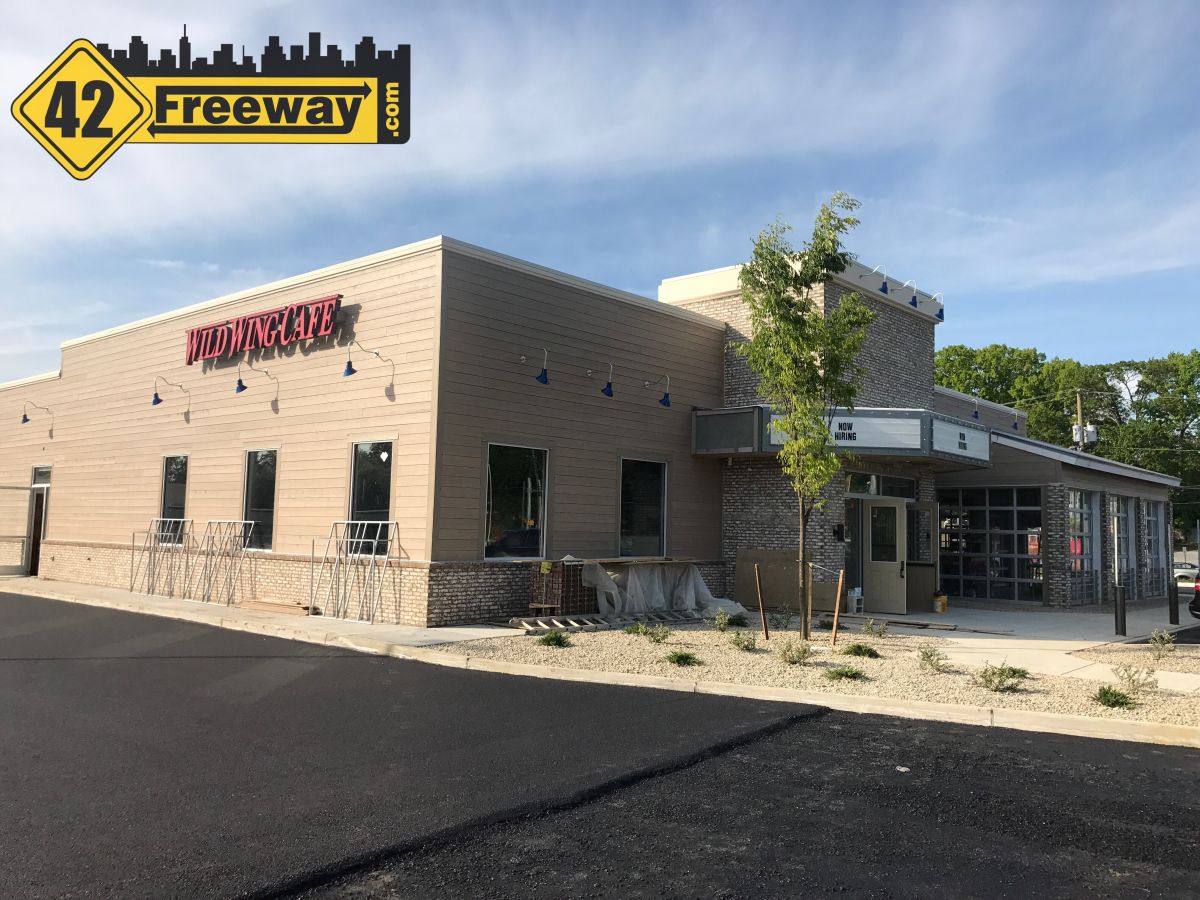 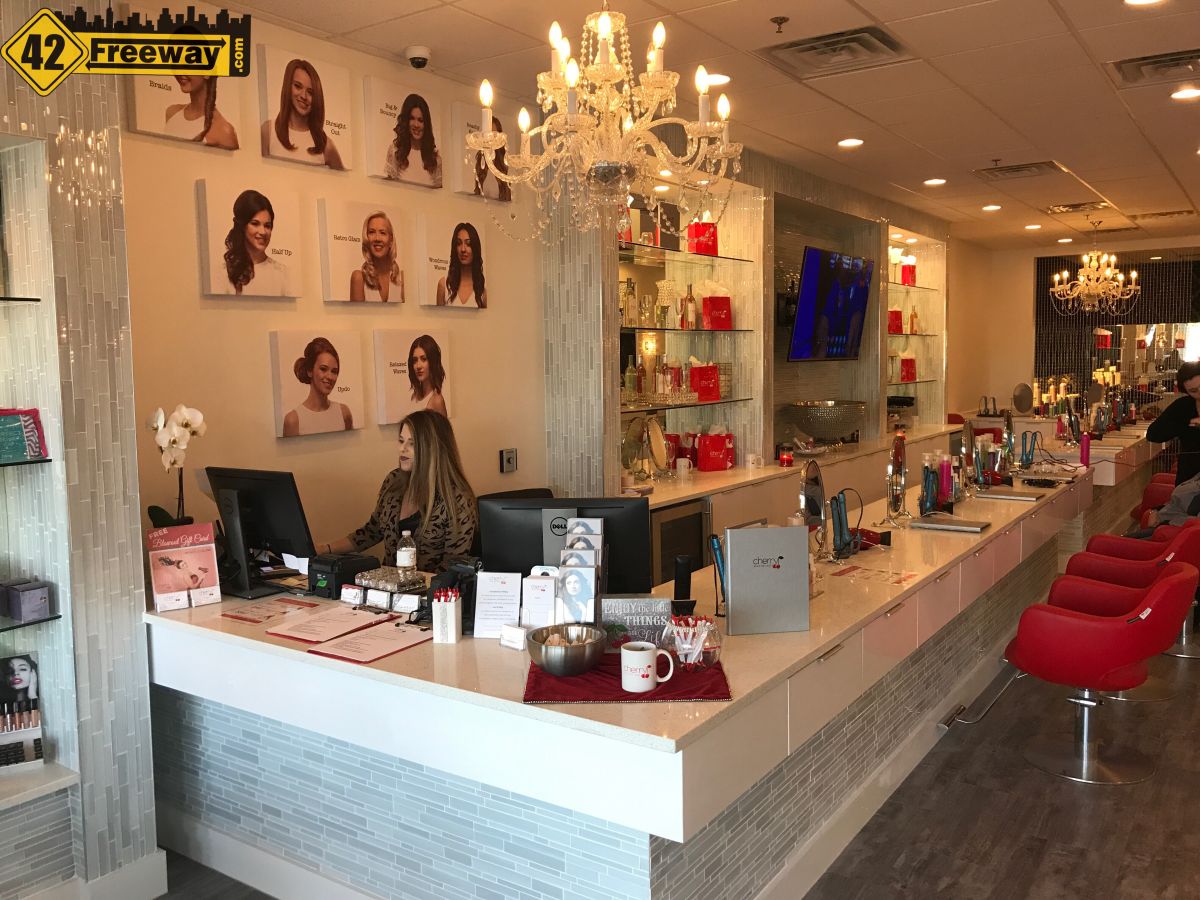