Last Saturday ‘Bout the Hops Brewery opened in Mt Laurel New Jersey and on Sunday night 42Freeway stopped in to visit and chat with the two owners.  Like many new breweries it’s been a long ride to get the beer pouring, and they have some distinctive stories with their brewery…  name, location, and how this came to be. For the location, the owners chose to be where the people are, and have set up shop in an office park located off Rt 73 (turn at Cracker Barrel!) and Cherry Hill’s Springdale Road.  They are surrounded by what seems to be unlimited amount of professional workers and 6 hotels directly next door.  Yes, I said SIX… all probably within walking distance on a warm day.  And then beyond that 1/8 of a mile, Mt Laurel and Rt 73 is a hotel powerhouse.  With business workers, travelers and shoppers flooding the area, even a small percentage of those folks visiting the brewery should keep the owners very happy.  Plus nearby 295 and the Turnpike exits provide easy access to longer distance visitors, not to mention all the fancy towns of Rt 73 and Rt 70 are close by.

Speaking of close by, the also awesome Forgotten Boardwalk Brewery in a Cherry Hill commercial park is just 5 minutes away, and this is a case of “competition is a good thing”… as having these two breweries close by will help each other out when friends say “hey let’s hit a brewery Saturday… how about we pop into Bout the Hops and Forgotten Brewery, and then grab a bite over at Miller’s Ale House?”

The brewery room itself is one large open room, with the bar separating the patron area from the bar area.  There will be no confusion regarding accessibility to the equipment for a required brewery tour… it’s always right there.  The only real change to the space is the custom built large refrigeration unit feeding the taps.

The Beer, the Grains and… the Water?

All right, all right.. don’t kill me you beer loving readers.  I love my beer and despite many brewery posts on the site, I am new to the whole brewery process and I missed some details here including the “barrel size”.   Well, take a look at the pics!

The brewery has 18 taps available and on my opening weekend visit, they had 13 pouring.   I tried two pints; the Harry Stouter and the Hoptimus Prime.   Harry Stouter lived up to it’s description of a creamy smooth taste, and the Hoptimus Prime IPA was also very tasty and in a similar fashion was also a smoother taste (for an IPA).  I love all varieties of beer, but I don’t want an overly bitter or hoppy taste (if that makes sense).  I could drink both of these all day long enjoying the delicious flavors.  Admittedly, I ordered them mostly because of the clever names, ha!

The brewery maintains an online menu and they update it to show how much beer remains in the kegs!

The two owner/brewers are engineer type people, and much of the brewing system and freezer/taps were created by them.  Well, like many of the local small breweries basically everything was built by the team.  But these guys are REALLY into the chemistry and engineering of beer… ingredients, timing, testing…  maybe they just did a great job explaining it all to me with beer brewing passion, but I walked away thinking “these guys are really into this”.  Heck, the integrated computer server system they have to run the place could probably run a small office of people.

Grains?  Yea you need grains of course.  But 32?   Thirty two specialty grains just seems like A LOT!   Fitting into the paragraph above… it takes a lot of trial and effort to produce beer recipes which require 32 grains?  AmIRight? Water:  I found this interesting too… wanting the ENTIRE beer brewing process to be the best possible, they were not happy with using the water right out of the tap, so they put in a large “reverse osmosis” water filtration system.  99.something-something pure water.  So crystal clear pure, they will sell you a glass of it, and home brewers are asking to buy containers of it (not available!)

The Start and the Name

There are two owners of the brewery… one who had the original idea and immediately fell in love with the idea of owning a brewery, and his friend who was also brewing and the other seems to be a little more deeper into the brewing process.   And this leads us to two interesting aspects of the brewery…

Just a few years ago one of the owners visits a brew shop and gets a demo of a home brew system.  Not the $70 Mr Beer kit, but a much more advanced $700 kit.  He was interested in the system and immediately his brain started thinking “Hmmm I could open a brewery”.  The store manager said “well you think about this kit and let me know when you are ready to buy”.    Our brewer friend replied “um, I want this right now. Here is my credit card” Our brewer friend gets the mega home kit brewery system delivered and set-up, and after one run of the system announces to his wife “I want to open up a brewery.  A full business brewery”

It took three months of convincing, and preparing a business plan (which his wife asked for)… and with her approval the long process of opening a brewery began.

Soon after he brought on his brewing friend, and the two of them developed Bout the Hops brewery and recipes.

During the early planning phase they were struggling to come up with a name, and Mrs Brewery said “Well what is important about brewing beer?  What makes one beer distinct over another?”

It’s all ‘Bout the Hops. 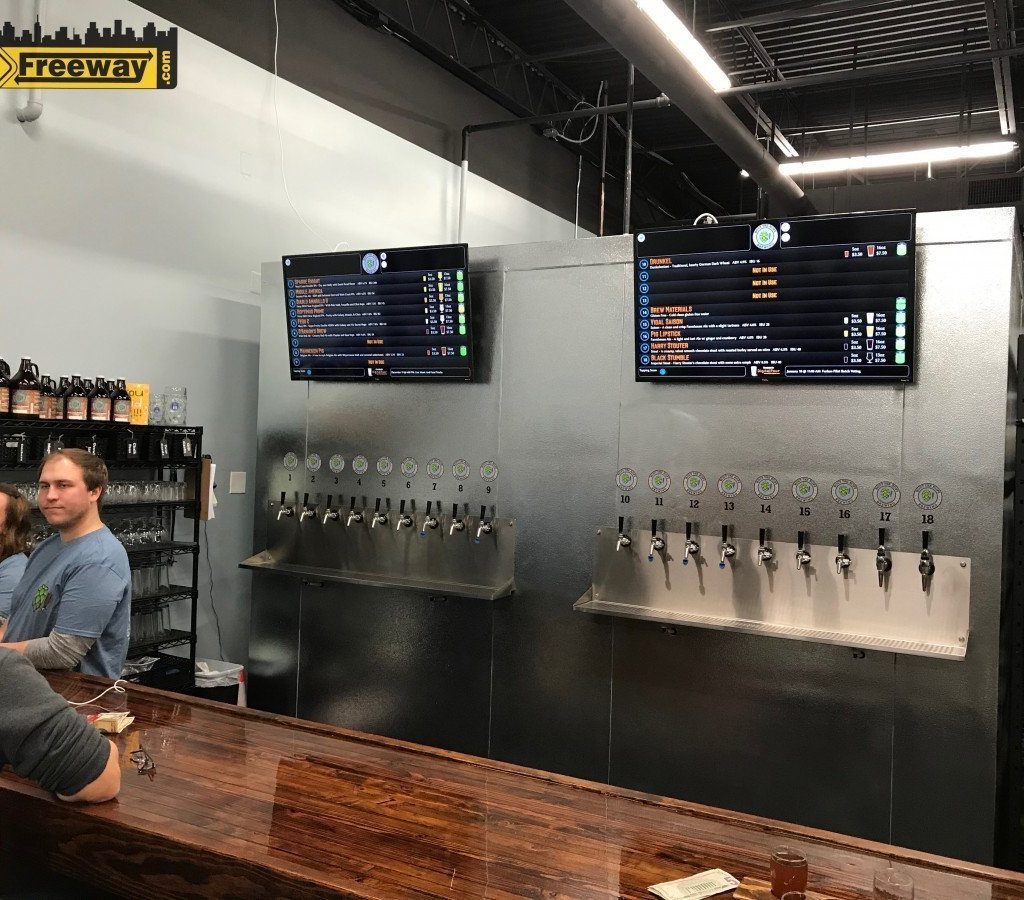 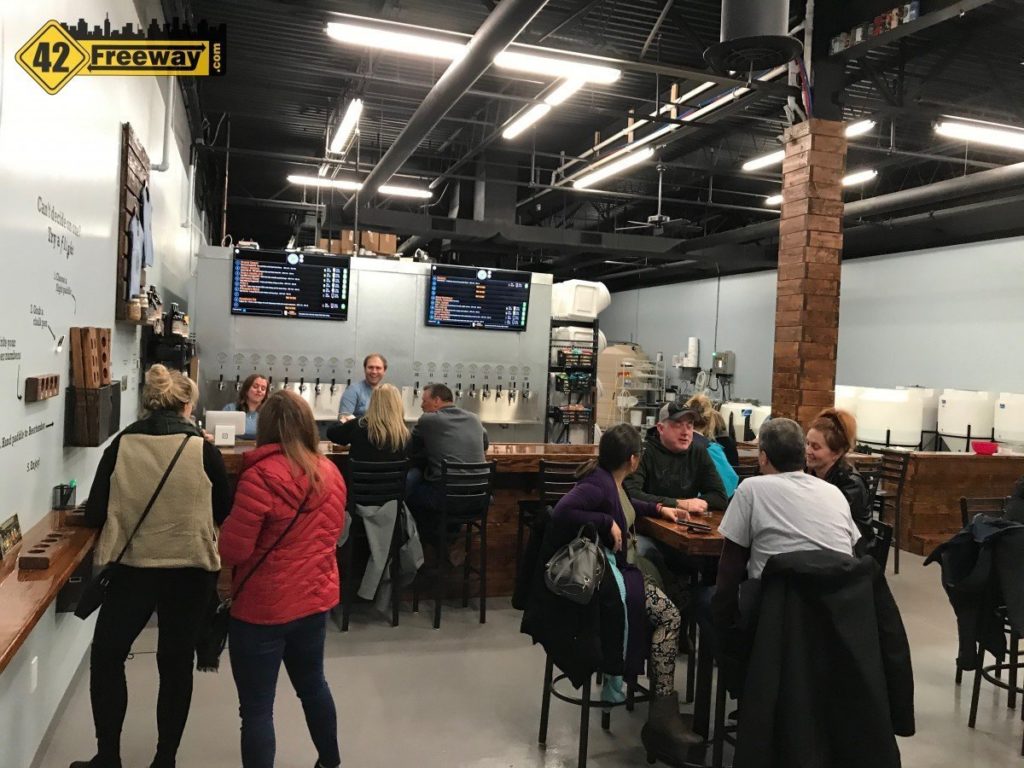 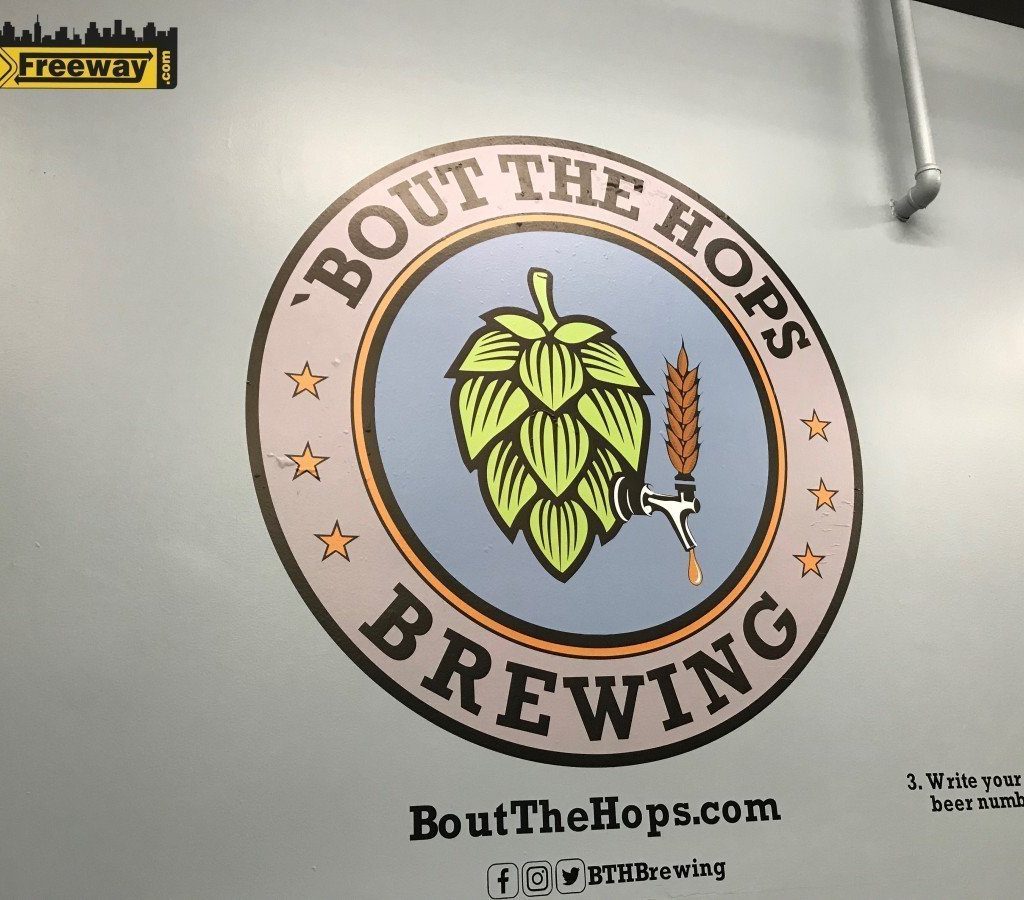 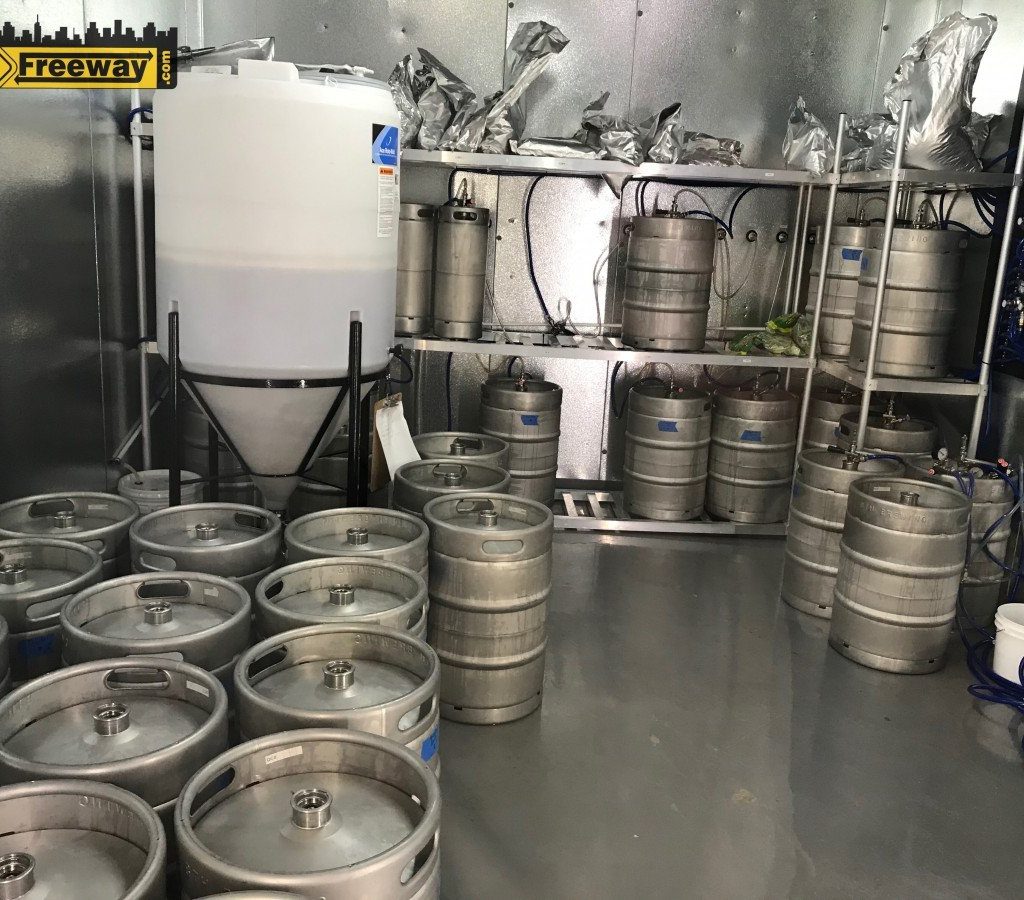 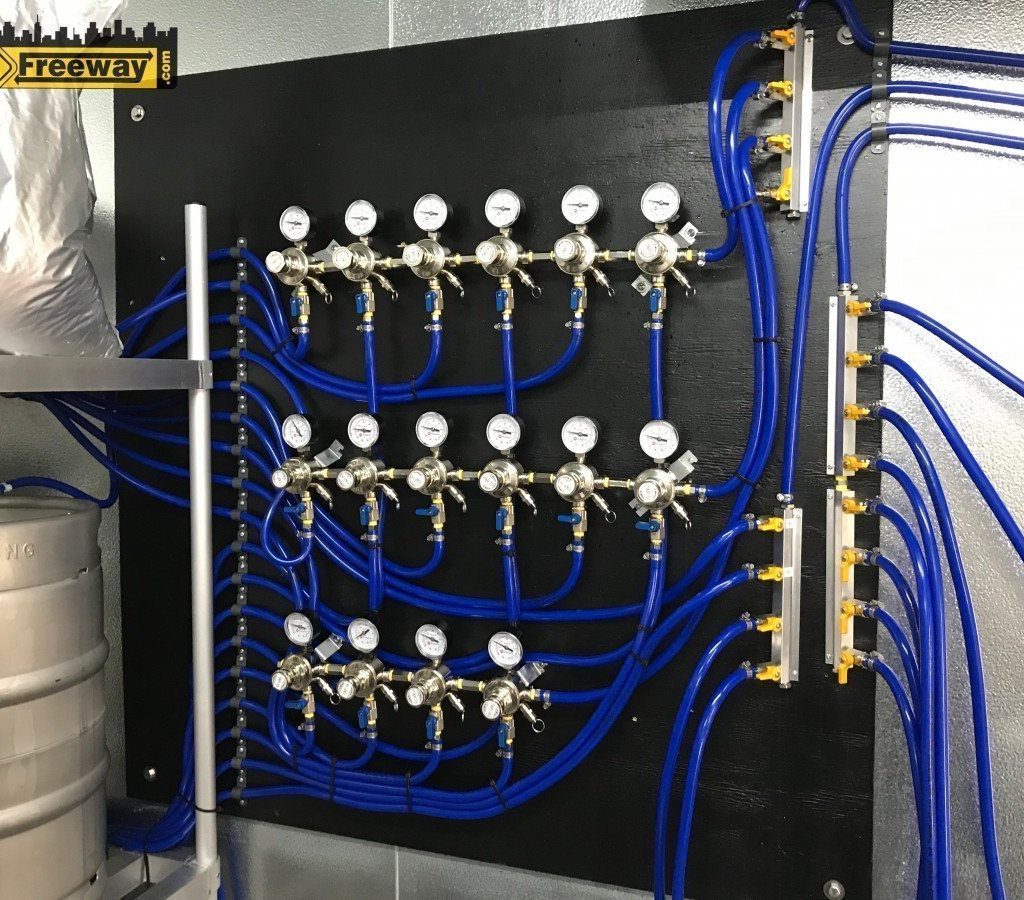 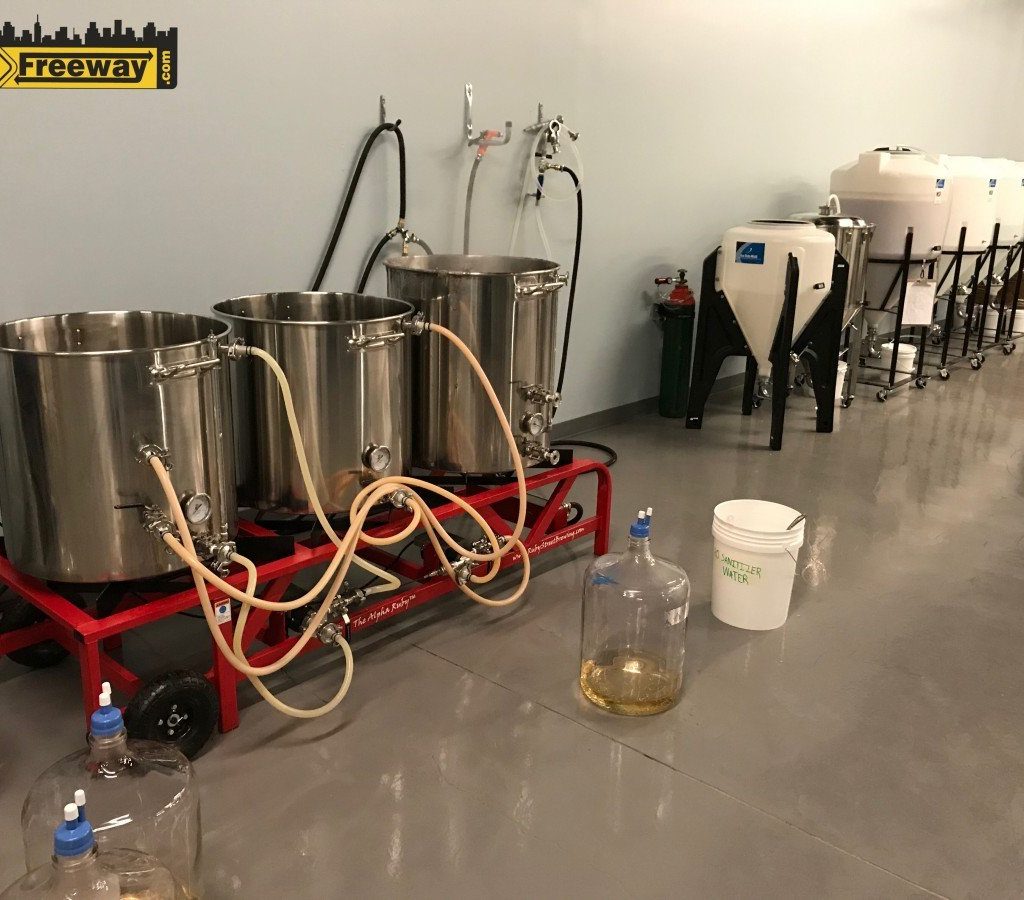 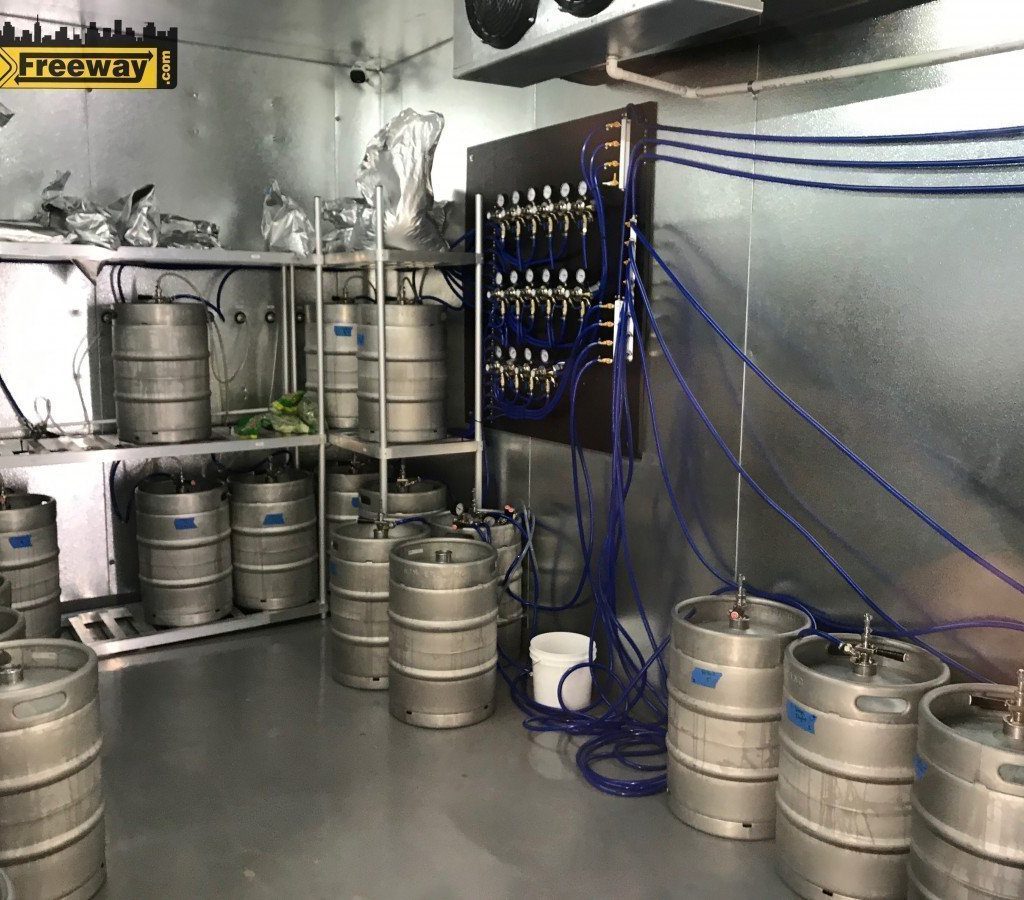 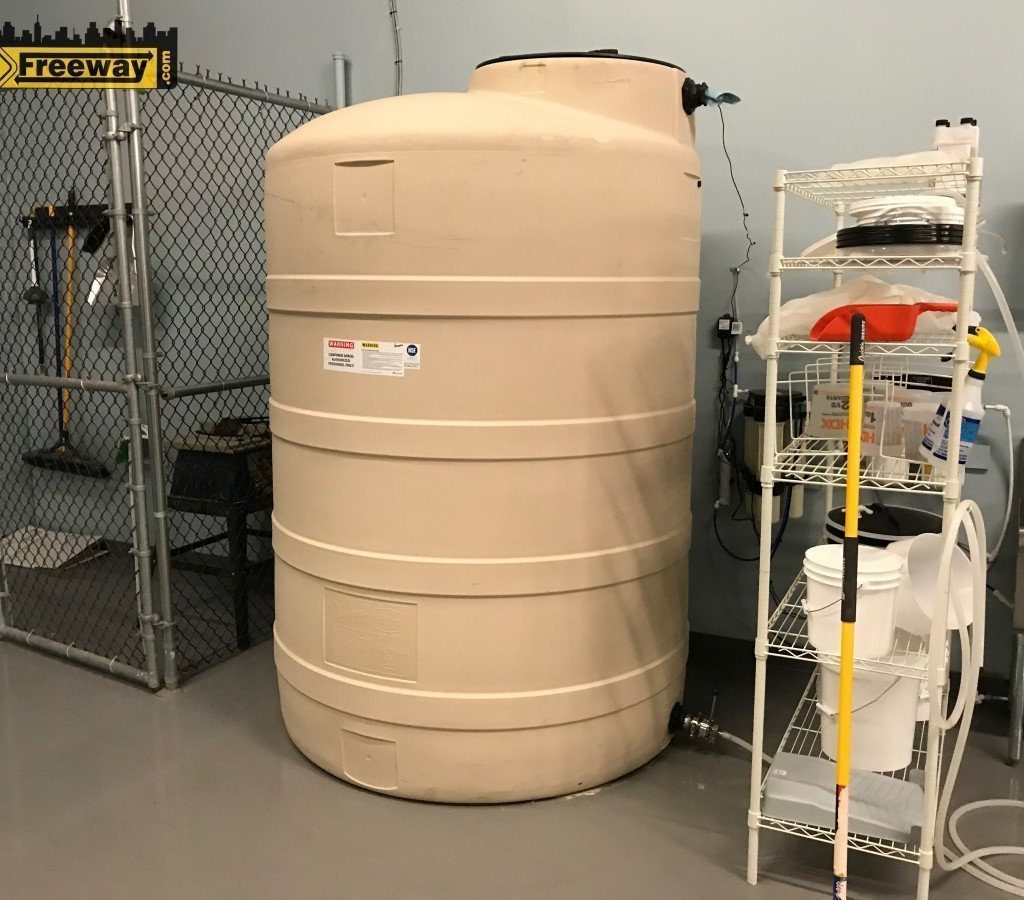 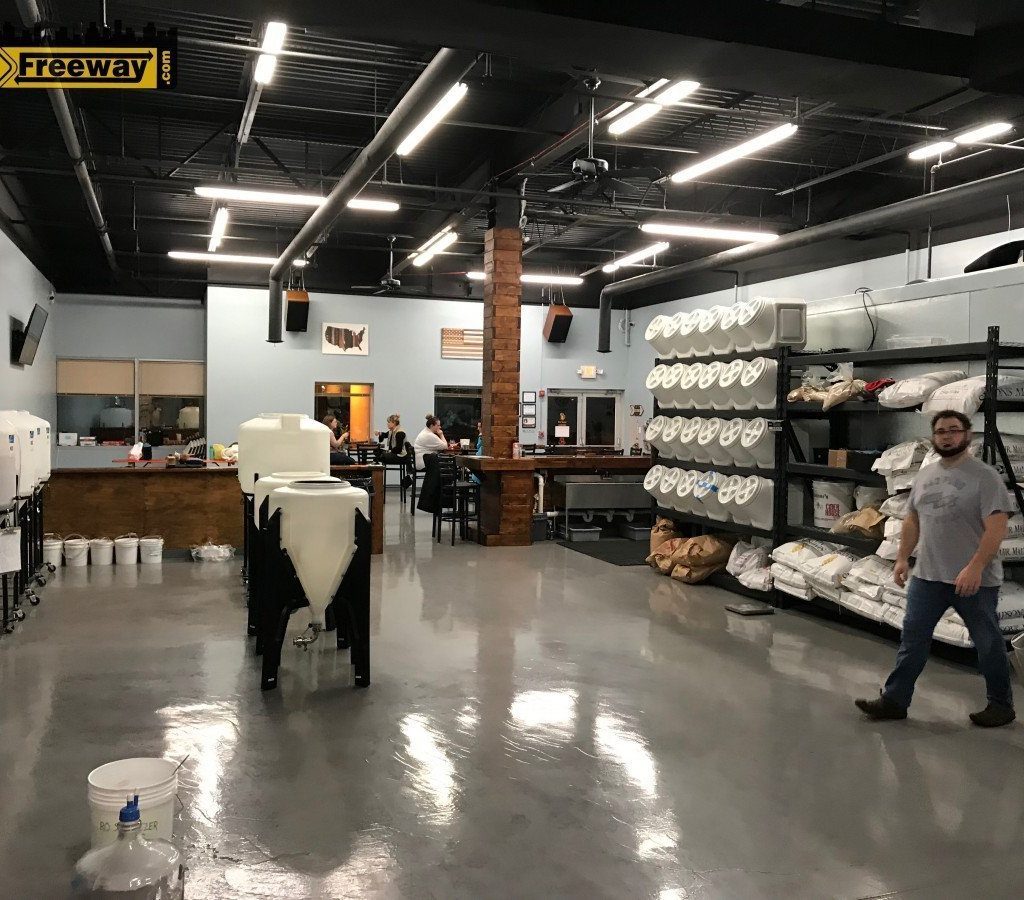 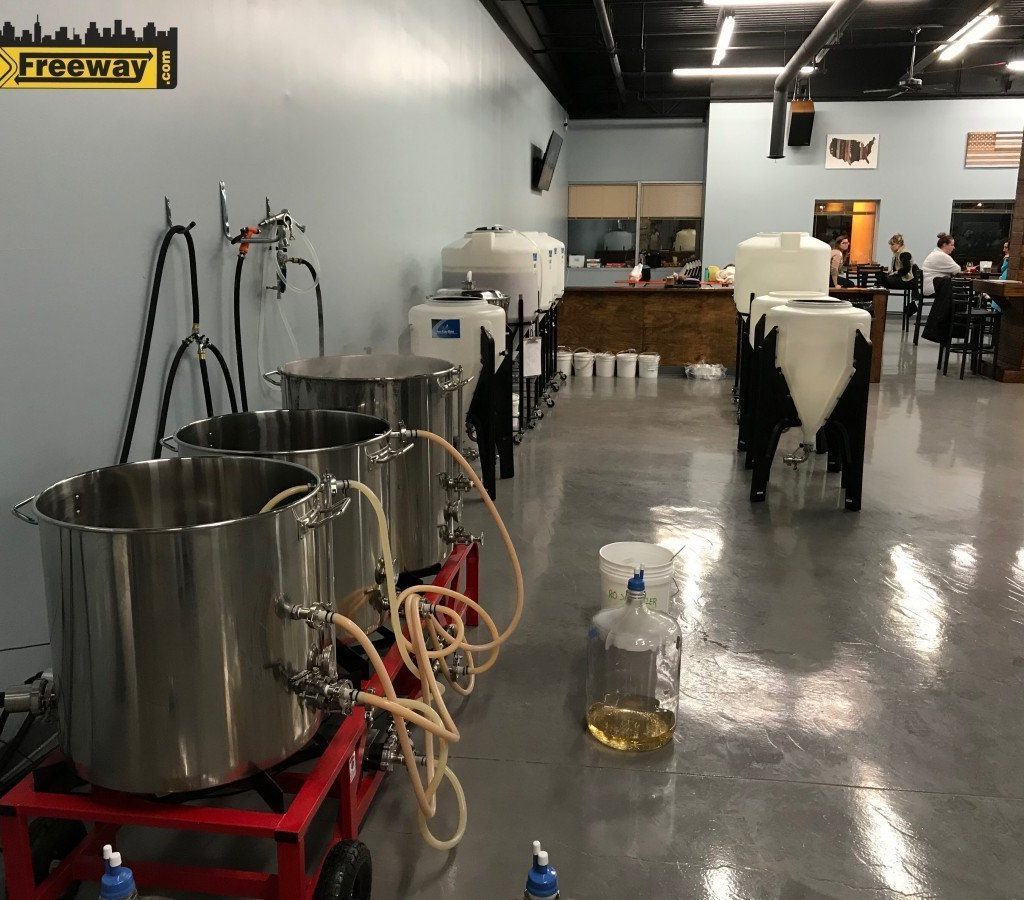 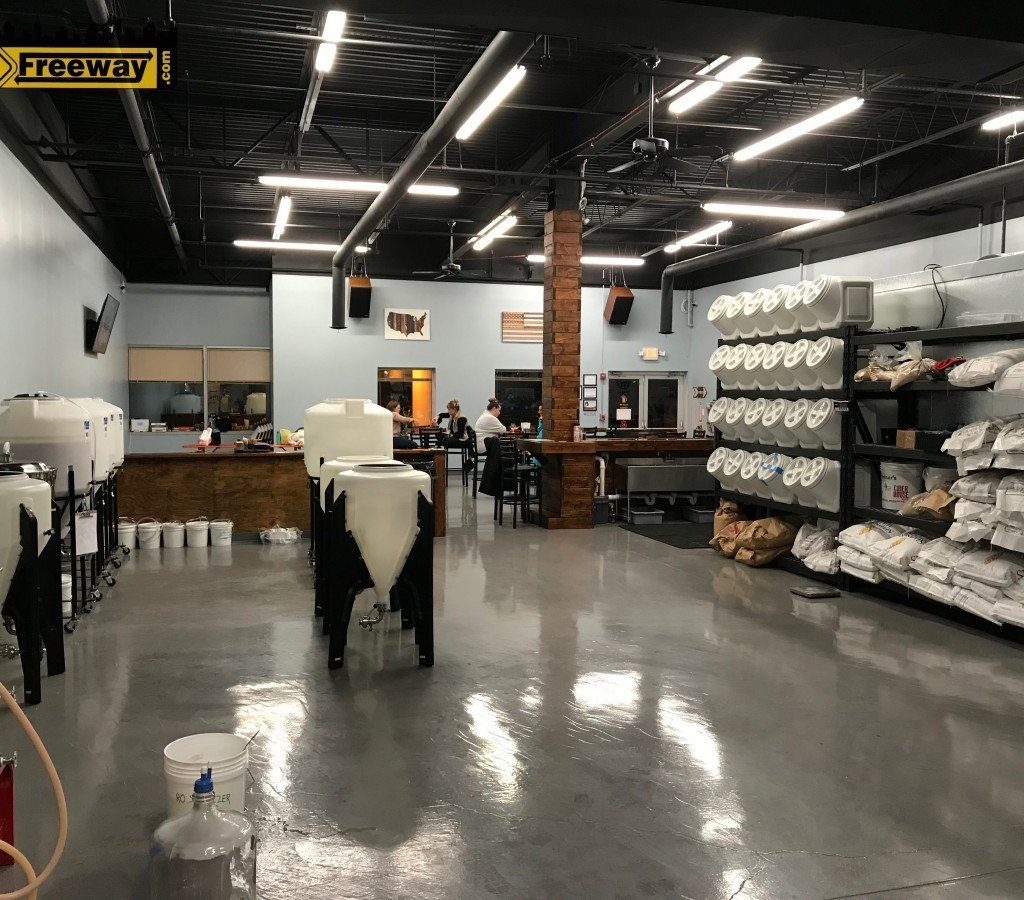 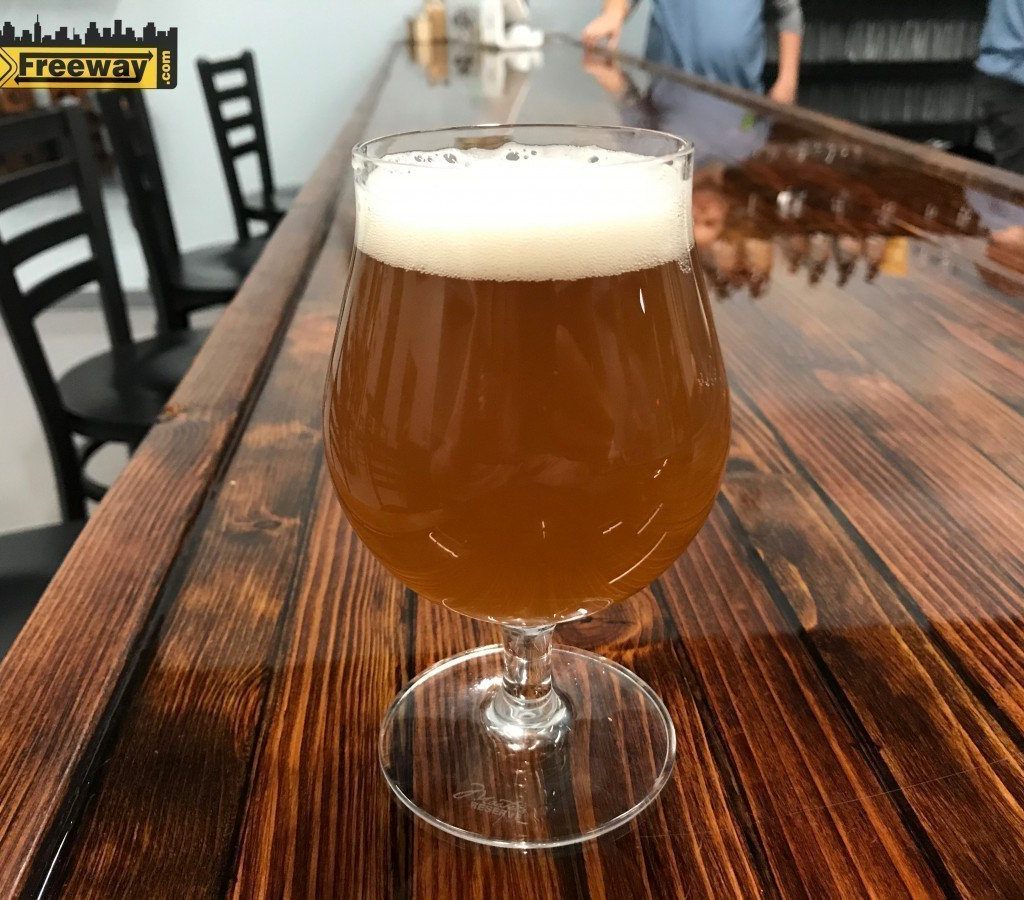 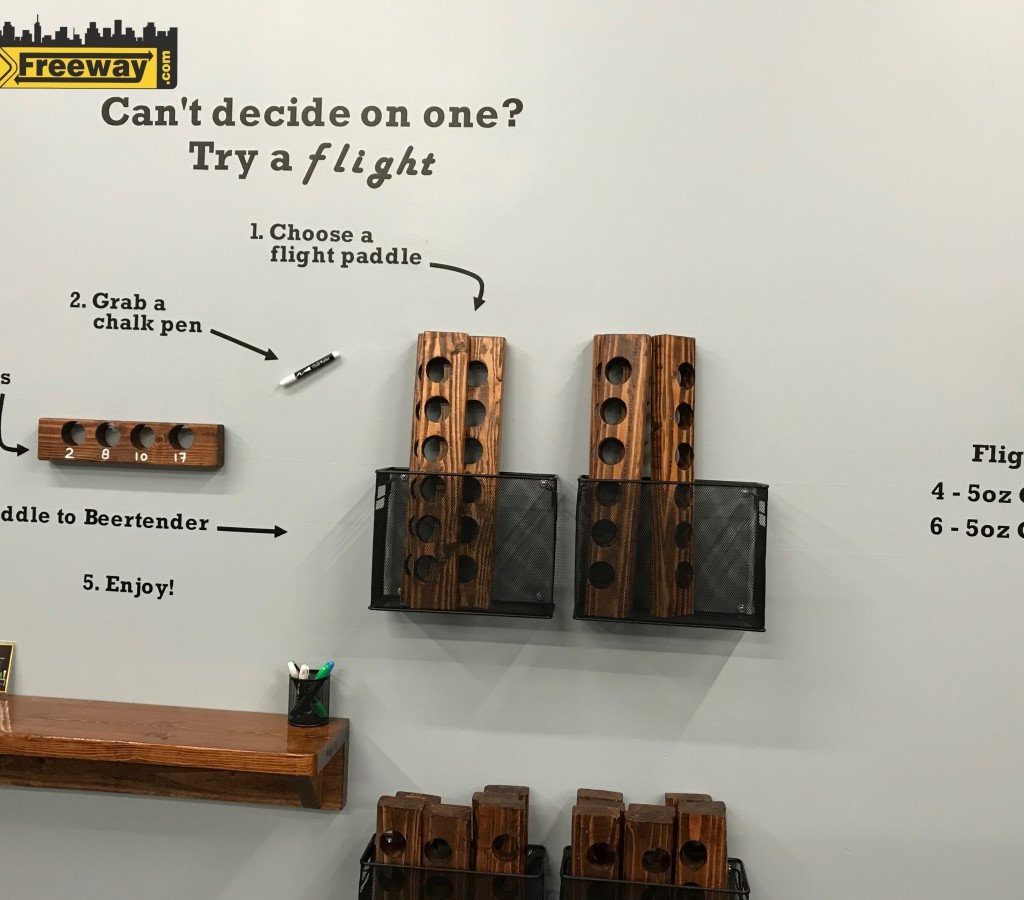 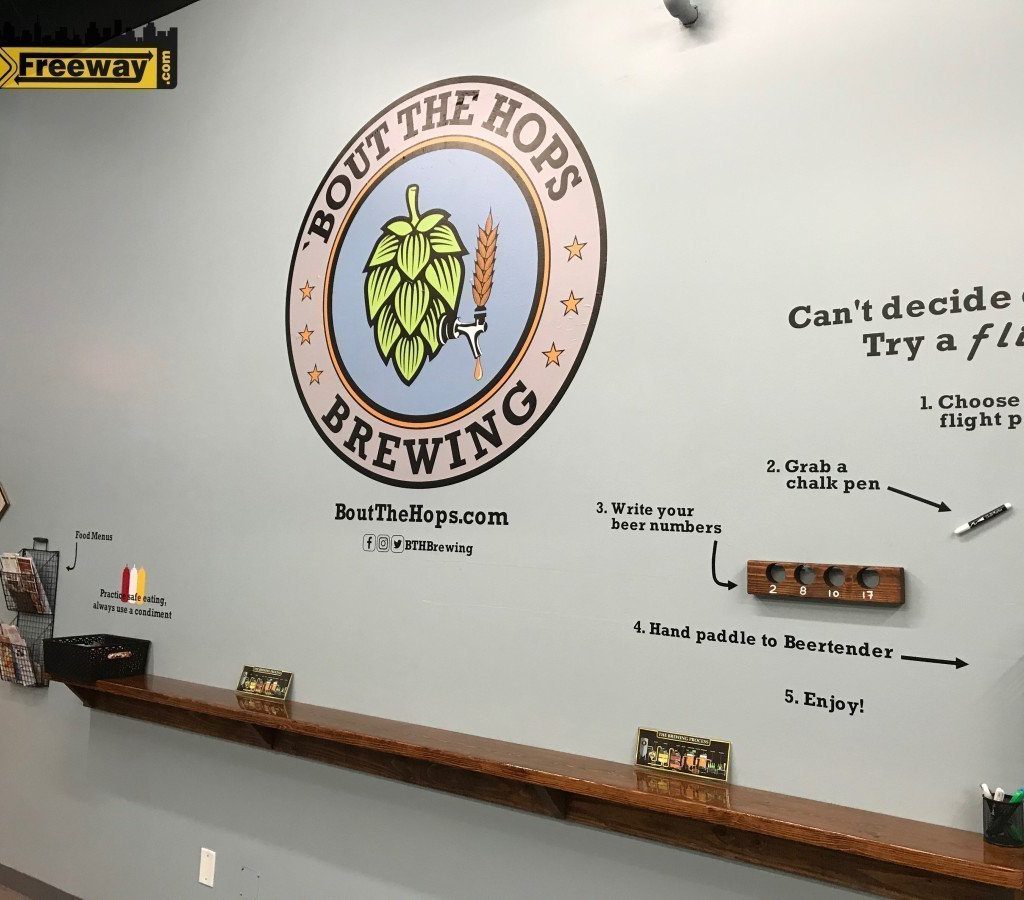