The all new Bobby Ray’s Black Horse Tavern in Mt Ephraim is targeting a mid-summer 2021 opening!  Of course potential delays in construction on pandemic restrictions will have to factor in, but considering right now there is an all new, fully enclosed building on site… odds look good for that date!

The Mt Ephraim location is the former Guiseppi’s Bar on the Black Horse Pike.

Bobby had originally planned on keeping the original building, making modifications to “open up the room”.  But the more they dug into what was behind the walls… well the project turned into a full rebuild.  More on that to come.

And Bobby is working on a couple surprises for the Mt Ephraim location, as well as he’s already starting the process of developing another area restaurant concept!

The image below is back at Mt Ephraim and shows what looks to be an outdoor covered deck area going in.  Bar too?   I’ve chatted with Bobby a few times… forgot to clarify this space.  But read on, because it seems this won’t be the only outdoor eating space in the project! 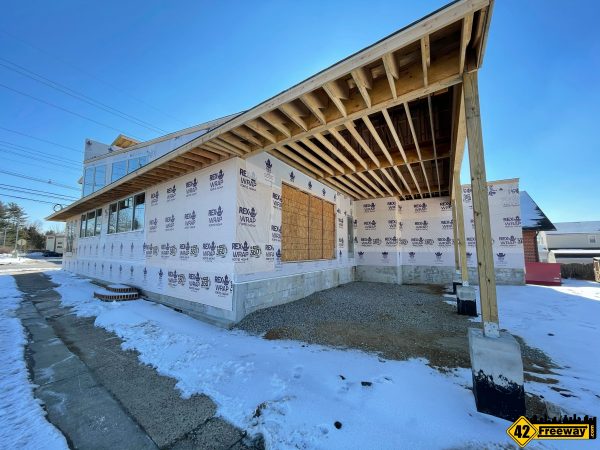 To bring everyone up to speed… Bobby Ray runs a very successful Pennsauken bar and restaurant “Bobby Ray’s Pennsauken Tavern”.

He is opening a second location in Mt Ephraim on the Black Horse Pike (Next to Walgreens, close to Kings Highway), and that project has evolved into all new construction!

As a background, the Bobby Ray’s Pennsauken location was previously a local’s pub that in it’s prior life really wasn’t on anyone’s radar outside of the neighborhood.  Bobby Ray changed all of that… with a series of smart building additions to enlarge and open up the room, adding an awesome menu, hiring a great staff… and now they draw customers of all ages from all over the area.

I’ve made this comparison before and I still stick to it… the Bobby Ray’s Pennsauken transformation in building, experience and customer base is similar to Bellmawr’s Dominic’s Tavern.  Which ain’t a bad thing at all.

So yes, Bobby Ray is taking his magic touch on the road, expanding into a new Mt Ephraim location… and he has plans for other area restaurant experiences.   But first let’s chat Mt Ephraim.

42Freeway has done a couple posts on the new location, but the first public knowledge came from the South Jersey Observer back in Sept 2019

As mentioned, what was going to be a remodel.. and saving the old character of the building, turned into all new construction.

As you can see in the photo below, it seemed that Bobby was still going to try and save the old façade of Guiseppi’s even as they shifted into rebuild mode!

In the end… Bobby previously told 42Freeway that he had saved a lot of the decor and beams of the old building.. even the Guiseppi’s sign is planned to return inside the restaurant! 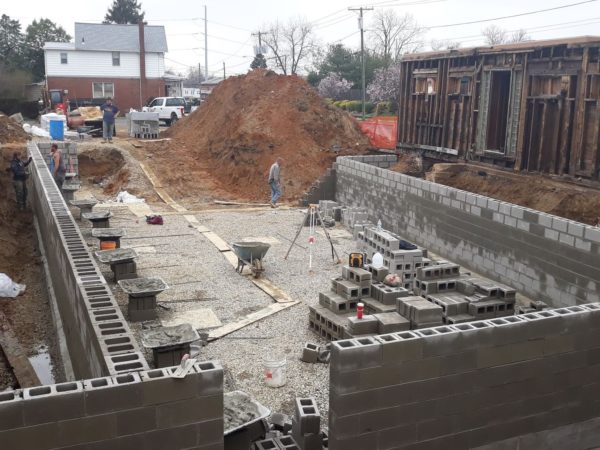 Timing is everything, and for Bobby Ray’s Mt Ephraim that timing landed put them in construction mode just as a pandemic was taking over the globe.

It’s tough enough to build a building under normal circumstances, and factor in that the Country shut down for months… and then building supplies disappeared…  well that explains why this has seemingly taken a little longer.  (But I know someone will still call it out in the Facebook comments, ha).

Back in December, Bobby Ray shared with me that for a while the building sat exposed with no windows… because you simply couldn’t buy windows!  There was a vinyl shortage (I noticed this myself when looking at privacy fencing for the 42Freeway house)

But now the all new building on the Black Horse Pike has reached its “Final Form”!   It is a fully contained building, with a distinctive shape that gives it a large open room design, and also a second floor area. 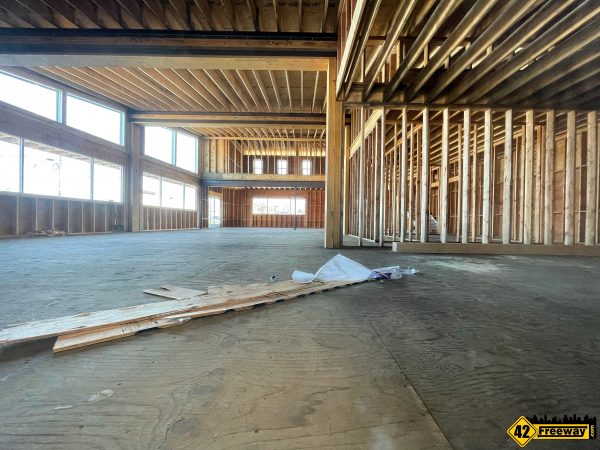 If you had made it into Guiseppi’s, that was a few smaller, tighter rooms.  Some advantages to separating the bar and dining areas, but for the footprint of the building… well Bobby is opening it all up with the new construction!

Well he did find the open room concept worked very well for him over in Pennsauken!  Stick with what works!

And to further maximize the space, with the all new construction they were able to dig out a full basement… and that will also be available for customer seating!

The separation of the basement space will give Bobby flexibility to offer the space as regular dining or special events… small parties, special shows, baby showers… whatever!

The Small Church Building and the Rooftop Tavern?

I’m trying to tell you Bobby Ray is a creative mind… the way he transformed the Pennsauken location… the way he evolved his plans for the Mt Ephraim location.

Well I absolutely didn’t see this one coming.

I also bought the building next door that was previously owned by the church. The kitchen will go in that area along with the rooftop deck and we will be able to offer catering for customers as well.

I mean.. I don’t think I’ve ever noticed there was building next to Guiseppi’s!

Picture below, on the left is the building I am talking about and to the right is the original Guiseppi’s building! 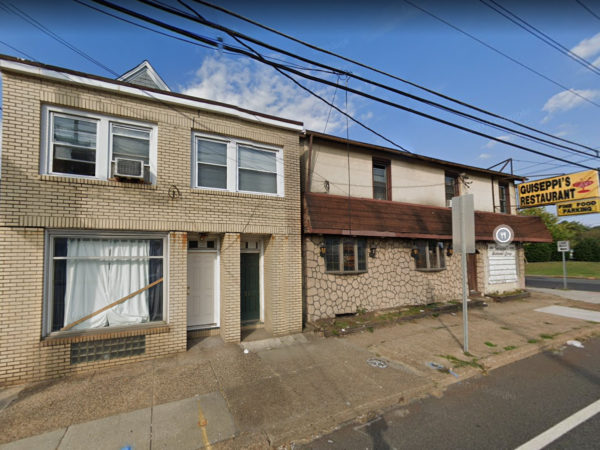 So Bobby is on site a lot, and constantly thinking… maybe it’s not too much of  stretch that he decided to incorporate the building into his restaurant.

So as the quote above says, that brick building will become the kitchen area for the new Bobby Ray’s Black Horse Tavern… which smartly allows the new building to be even more focused “customer space”.   If the kitchen had to be developed in the main new building, that really would’ve taken away a big chunk of the place.

And the other big twist…   he’s hoping to put a rooftop deck on the top of that building next door!

What a great idea.

In another recent conversation with Bobby Ray he tells 42Freeway “I’m planning on calling them two different names. Black Horse Tavern and the Rooftop Tavern.”

I really hope he can pull it off!

So things are moving ahead at the new Mt Ephraim location… a lot of interior work still to be done, but that usually comes together pretty quickly, especially when working with the wide open space that they have!

So not much to say on this one… well I know a little more than I am writing here, but the core thing is Bobby Ray is purchasing the liquor license of the now closed (and demolished) Connie Mac’s in Pennsauken.

So again to be clear… he will use this license elsewhere in Pennsauken.

The Connie Mac’s location is slated to become a new Super Wawa.

So where is Bobby looking to open up another Pennsauken location?

That will be coming soon.  I have some ideas…  but I think the new Pennsauken location (which is still in early planning stages) may be an all new concept for Bobby!

Don’t forget that Bobby Ray’s Pennsauken is open for business!

The full bar and restaurant is open and Bobby recently developed a new deck bar area, just waiting for bar seating to resume.

So if you want to experience what is coming to Mt Ephraim, head on over to the Pennsauken location!