Sugar Factory American Brasserie is Coming To Cherry Hill. And It’s Kind of a Big Deal 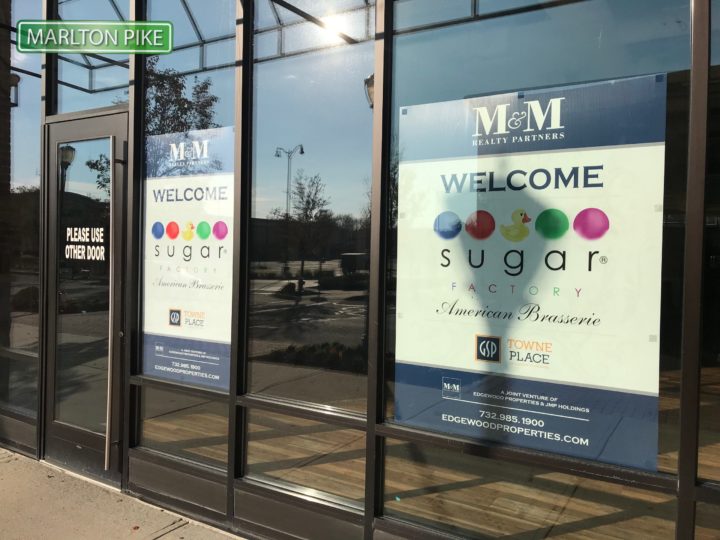 Sugar Factory American Brasserie is coming to Cherry Hill New Jersey, taking over the former Zinburger location at the Garden State Park Town Center.  Most people around here have probably never heard of this place…but there is a location at the Hard Rock Casino in Atlantic City.  Still, having a Sugar Factory in Cherry Hill is kind of a big deal.

The new location is according to the signage placed on the former Cherry Hill Zinburger location windows by the property owners.

Sugar Factory is a restaurant and confectionary shop, and are known for their over the top colorful desserts and goblet drinks… and they’ve also aligned themselves as a place for celebrities to be and be seen.

Now let me get this out of the way early.. Sugar Factory is expanding into other concepts and we’re not sure what exactly is planned for Cherry Hill, but a few things indicate we’re getting the full-blown experience here in the South Jersey suburbs.

The full Sugar Factory experience includes the crazy awesome photo friendly desserts, a restaurant AND a bar…  And in Cherry Hill the window signage says “American Brasserie” which indicates the full experience… and the Zinburger spot they are replacing had a liquor license…  so one would think the new Sugar Factory Cherry Hill is the full deal, but we’ll have to wait and see.  So let’s carry on…

Keep reading on past the Instagram images  to see my thoughts on Cherry Hill and the Sugar Factory!

I mention Photo friendly?  Well a few years ago they were named the “most instagrammable” restaurant.  In a 2017 Business Insider experience review they say…

Pretty much every single table will have their camera out because they see something they think is fantastic.  Sugar Factory is a restaurant, bar, retail, and many, many other things actually that’s rolled into one.  In 2016, this was the number one Instagrammed restaurant in the country, if not the world.

When we create something, it’s to create a “wow.” And that turns into an Instagram moment.

They have many signature “Wow!” items and the Goblet cocktail drinks look like goldfish bowls with a stem base, and feature powerfully sweet flavors and accoutrement such as candied fruit at lollipops.

To give them a mystical feel, each Goblet drink includes a small amount of dry ice to give it a fantasy whimsical look.

One of the number one selling Sugar Factory Goblets is called the Drake, named for the muli-grammy award winning singer Drake, and it features

The Sugar Factory has taken their stylistic sweets to another level with their Couture Pop.  It’s a “blinged out” pop stem with an over-the-top lollipop on top.  And they’ve tied this into celebrities both in licensee deals and simply just because celebrities want to be part of the action.

Britney Spears and the Kardashians are a part if the the Sugar Factory Couture pops!

The Sugar Factory growing empire is only 11 years old and started in Las Vegas.   It seems they are entering a growth phase, and up to this point their initial locations were described as “Cosmopolitan locations”.  Las Vegas, New York, Los Angeles, Chicago, Miami

Philadelphia doesn’t even have a Sugar Factory yet!  Nor the “Mainline” or Princeton!

So then The Sugar Factory moved onto high tourist areas such as San Diego’s Gaslight Entertainment District, Orlando and a deal with Hard Rock Casinos to put them in their Tampa, Biloxi and Atlantic City Casinos

And the Celebrities followed!

When Sugar Factory opened their Atlantic City location they brought in Kourtney Kardashian.

And their Celebrity section of the Sugar Factory website features 100s and 100s of photos from other celebrities such as Adam Sandler, Jennifer Lopez, Wycleff Jean, Wayne Brady, Mariah Carey, Jonas Brothers, Billy Crystal, and a LOT of young celebrities that this old blogger has no clue who they are! Ha!

It’s not that confusing.. before Atlantic City casinos, Cherry Hill was THE Celebrity place to be, specifically at the Latin Casino.  It was even featured in the recent Martin Scorsese big budget hit “The Irishman”.

Birds of a Feather

Which brings me to my closing segment.  You may not be impressed by the Celebrity tie-ins and the expensive glowing drinks.. which for a sleepy upper middle class town is a big deal on it’s on.

But what strikes me about this, is simply that it’s in Cherry Hill.

Don’t get me wrong.  Sure it belongs here.  Cherry Hill and the surrounding towns are very affluent.  And the Garden State Park shopping center is a quick ride from Philadelphia.

But looking at the list of locations this is the first one that seems to be simply “Suburban shopping district”.  There is no Casino. It’s not an entertainment mecca like Orlando. It’s not a big city.

Let’s call out a few of the Garden State Park stores…  Any one of these would have a town tripping over themselves to have in their town.  These are all associated with “premier” communities

And now Sugar Factory sees that mix of stores that target more affluent customers.  Sugar Factory offers a product that fits into the demographic.  And they want to be in that mix

And at the Garden State Park it really all started with Wegmans.

Granted, you need a solid economic foothold in the area to support all of these places.  They just don’t come to Cherry Hill because Wegmans did.

But Wegmans was first.

And where Wegmans goes, other higher end places will follow.

I get that there has been a big gap in years from when Wegmans opened to when many of these other stores came onboard.

… the owners of the Garden State Park had to shift plans for a chunk of their property to switch it from residential to add even more retail.  And it’s not Mattress stores.

So this is a rare thing that has happened in Cherry Hill.

Makes me think what could have happed in Washington Township had… 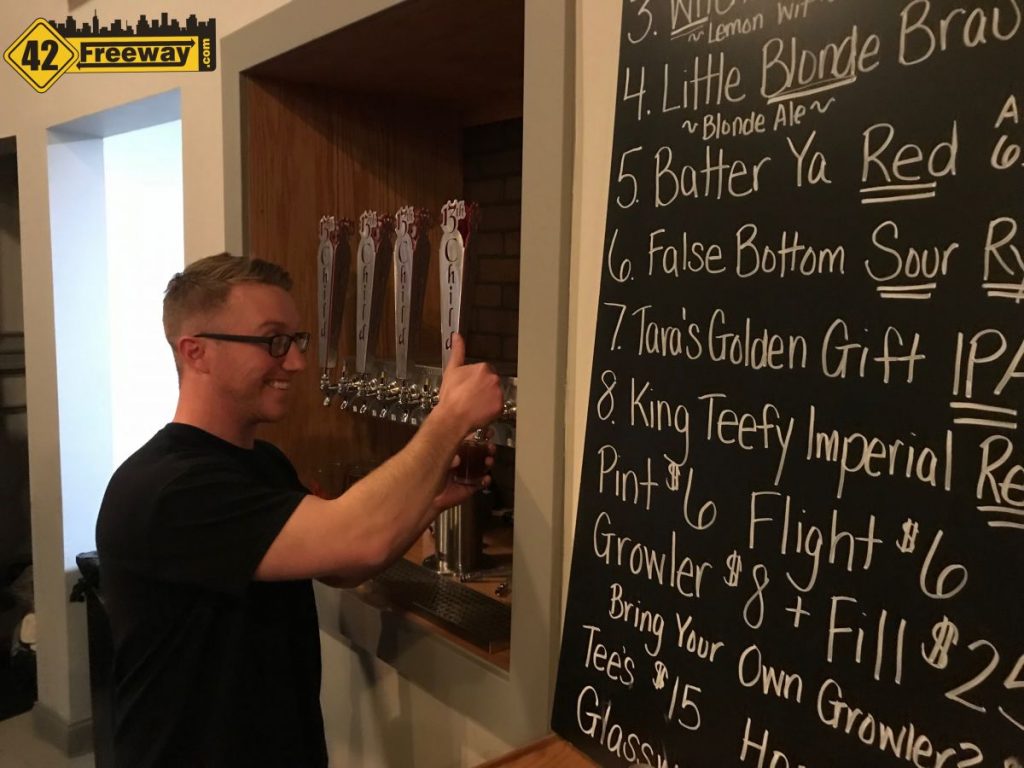 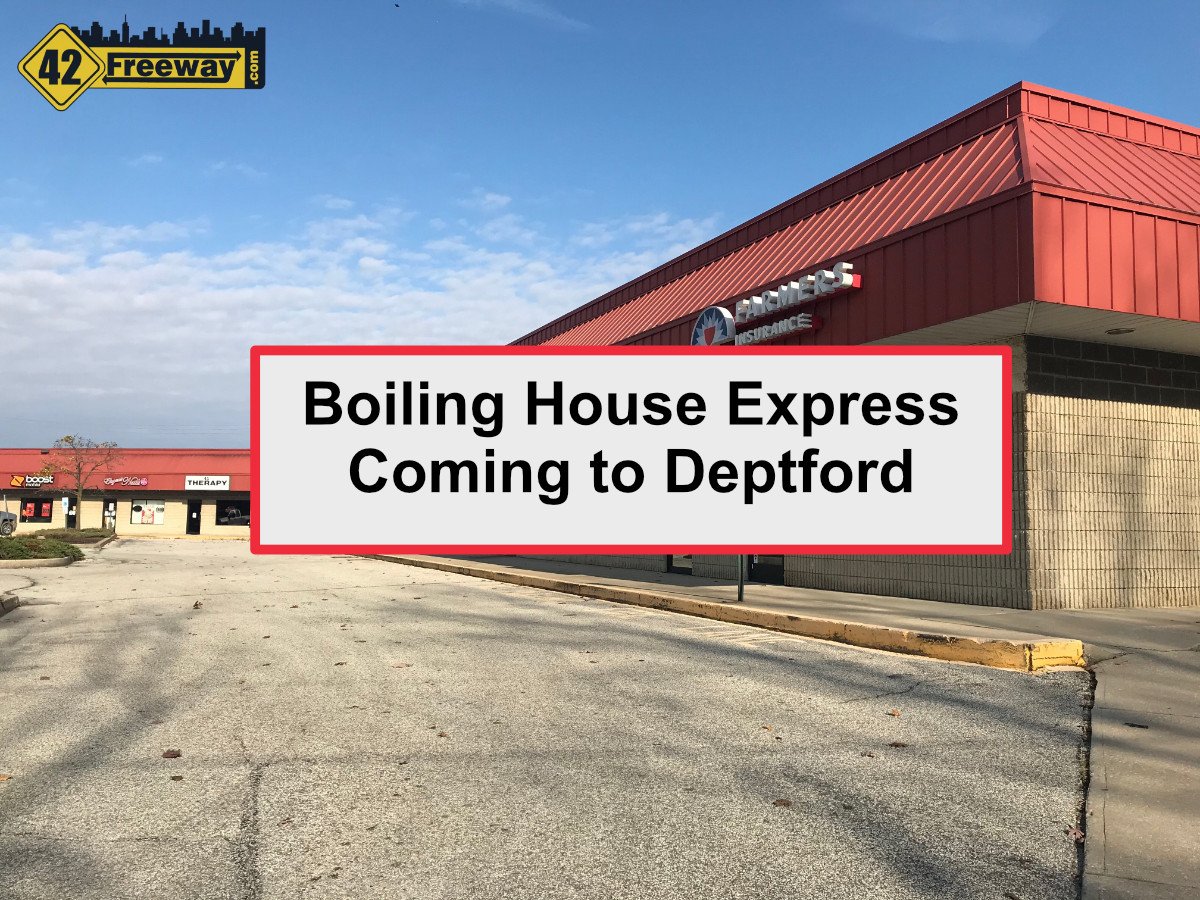 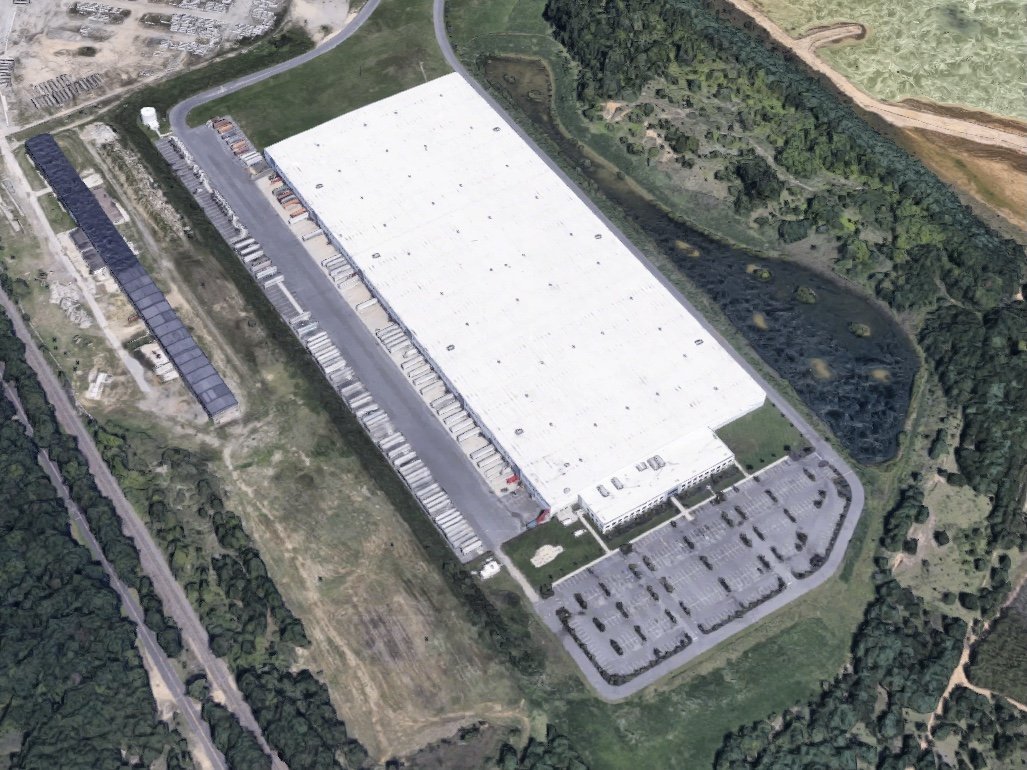