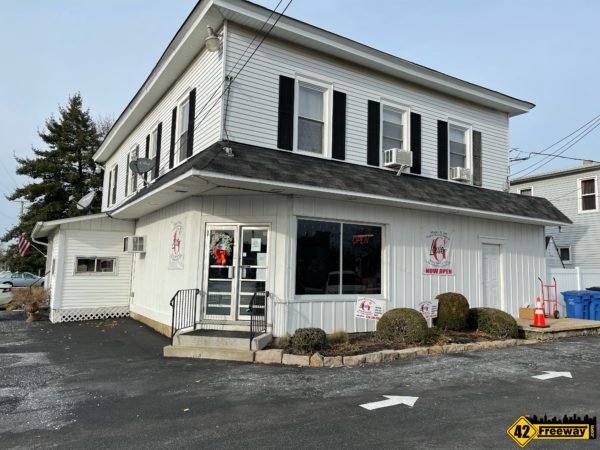 I’ll be honest…   I have a lot of stories to post, and sometimes life gets busy and I just can’t immediately get to everything so it changes up my priorities… and I wasn’t sure where to put this one in my queue.   I do love me a delicious cheesesteak or hoagie.

So then, I had about 7 different people message me about Louie G’s.   Facebook Messages, Email, and even a St Bernard dog with a note tucked into a little wooden keg hanging from his collar showed up at my house.  “Ya have to post about Louie G’s!”

But November and December were… let’s just say “busy” for me.

And then I noticed the “on Atlantic City Rolls” at the bottom of the Louie G’s logo.

Atlantic City Rolls?   I’m a sandwich connoisseur!  I’ve had all of the greats!  Heck, I would make monthly visits to Paesano’s when it was in the Italian Market. I’ve been to Donkey’s countless times (beer and a cheesesteak in Camden at 9am and a nap by noon… can’t get much better than that).

But do I know what an Atlantic City roll is?  Rando Bakery rolls?  Dammit, I have to know.  Louie G’s you just moved way up the list!

And so 2 weeks ago I visited, and last week I tasted!  mmmmmmmmm 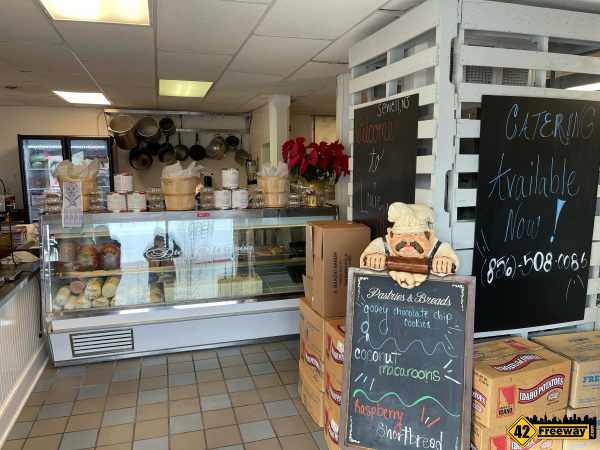 Louie Lou-ay… oooooh wooooaahhh!    You Gotta Go… and Get a Sandwich or Three!

The Louie G clan is on to the 4th Generation Louie.   Dad (Louie the 2nd) was the King Louie for many years, and spearheaded the catering side of the business which had them opening up the Swedesboro location.

Fast forward to 2020, and the next generation seems to be the ones in the driver’s seat.  I met Louie III and his sister Gianni who were both well aware of 42Freeway and the awesome fans the site has!

Even before she knew who I was walking in the door, Gianni met me with a huge smile, like she had just seen an old friend after many years.

The place was HOPPING on the late Sunday afternoon, and they had only been open about a month!

So while Louie, Louie… and Louie kept the sandwiches rolling (yes Dad and the littlest Louie were there also), Gianni and I chatted for a bit about the Deli, Social Media, her signage and yes 42Freeway.  “I see your posts all over Facebook!”  Nice to see she was so in tune with the power of Social Media Marketing, and 42Freeway! 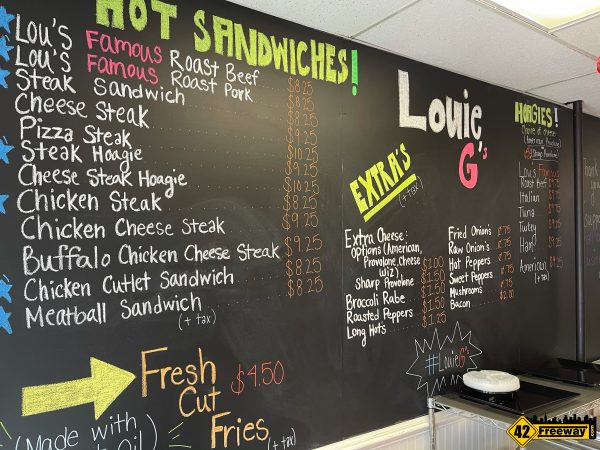 So after a few minutes, Louie the 3rd came out to chat.  He explained to me in a little more detail about the evolution of Louie G’s Market and Deli, and how they are positioning themselves to make the Center Street location a long term permanent home.

And then we got talking about the rolls.

“Have you heard of White House subs in Atlantic City?”, Louie the Three, asks…

“Oh yes, I definitely know them”.   And I really do, but damn if I can remember actually having them.

Louie goes on “My Dad grew up in Atlantic City, and the are the best sandwiches and the best rolls.  We drive down to Atlantic City every day or two to pick up the rolls”

Wait.. what?  Scratch that, reverse it.

I immediately asked, “The rolls mean that much to you that you drive 100+ miles every day or two to pick them up at the Rando Bakery?”

So according to a 2019 AC Press article, this year should be their 102 year anniversary of Rando Bakery!   They are in the Ducktown section of Atlantic City, and in a Youtube interview with Johnny C, it is said the current bakery building goes back to the 1940s!

A distinct aspect of an Atlantic City roll is it is a nice soft bread interior, but a crispier outer shell.   And the top is open before cooking, to give it a distinctive style when baked.

When I tried a Louie G cheesesteak, i found that the entire sandwich was delicious, and the rolls were soft and fresh… and not overly thick!  Thinner than what we are used to.

The classic Philly cheesesteak roll contains a thick amount of bread, and many shops actually choose to scoop out the inside bread to make it thinner.

But the Rando roll seems to end up being thinner yet still very soft and fresh. I found this Craig Laban Inquirer article where his photo of a White House Sub sandwich confirms the thinner roll aspect I experienced. 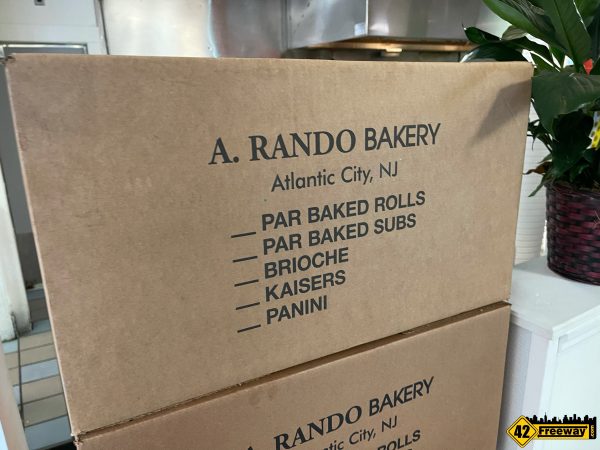 But What About the Louie G Cheesesteak?

So the Louie G Family is reading this article and thinking “well its nice and all that, but you mostly talked about the Louie name and the rolls”

Well the cheesesteak was DELICIOUS!

But trust me on this.  You have a great location but every town has 30 options for cheesesteaks and hoagies. What’s going to make someone from Deptford drive past the 15 sandwich shops in their neighborhood to try out a Louie G sandwich?

And customers can sing Louie Louie.

So I picked up three cheesesteaks at Louie G’s.  Two Cheesesteak Hoagies and a Cheesesteak with Extra Cheese.  Never told them when I ordered “its the 42Freeway guy”

All ingredients were fresh.

Did I mention the rolls?   Fresh, soft, crispy, chewy…all at the same time!

The hoagie vegetables…   fresh and tasted like they were plucked right from Mother’s earth.

And the cheesesteak meat… a healthy portion of meat with the cheese spread throughout the meat.  This is a key factor.  You can’t lay the American cheese in the roll.  It has to be worked in.

Now I forgot to ask if their “WIz” is the real Kraft Cheese Wiz.  That’s important too!  Well for my next visit…

Note to other businesses:  yeah I had some fun with this one.  Liked the family. Liked the story.  Had a quiet weekend day so I “rolled” with it.  Don’t expect this when it comes time for me to write your post.  I usually just don’t have the time, ha! 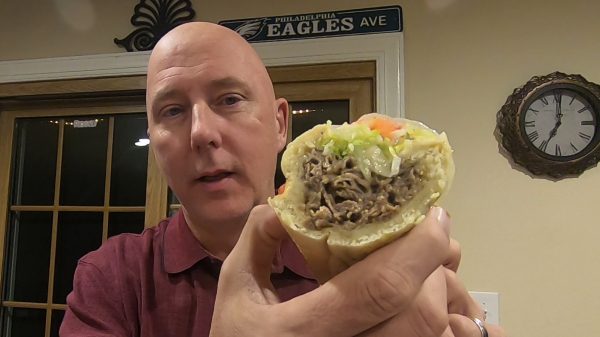 Video interview is from Johnny C “The Pizza Guy” .   Subscribe to his channel