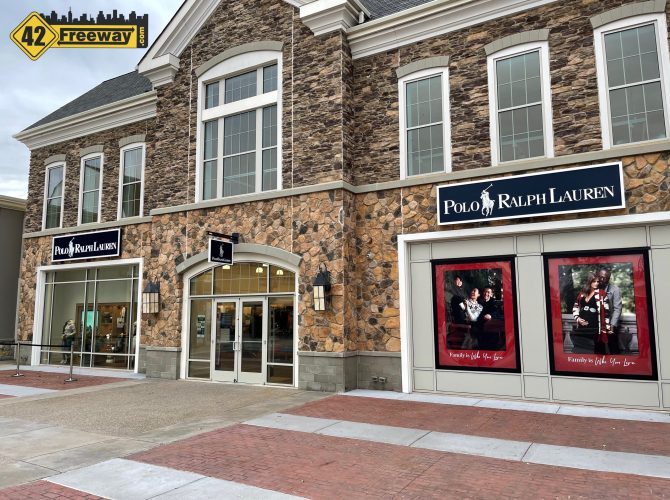 A much larger Polo Ralph Lauren store has opened in Blackwood’s Gloucester Premium Outlets, taking over the large space which was formerly the food court and administration offices.  We visited today and grabbed photos of the all new store.  It was a crowded day at the Outlets, on a beautifully nice November Saturday!

The new location is THE prime spot in the Gloucester Outlets, positioned in center portion where most visitors to the outlets will probably be walking close by.

They have held on to the building’s beautiful exterior which has a colonial era vibe, and as expected they completely rebuild the interior.

What I didn’t expect though, was how nicely the interior turned out.  This is not your normal factory outlet center with square walls and cheap shelving.

This feels more like the clothing section of a high end department store.  Honestly, it may be better than that.

And instead of just one big bland space, the area is broken out into a half dozen connected rooms or more. 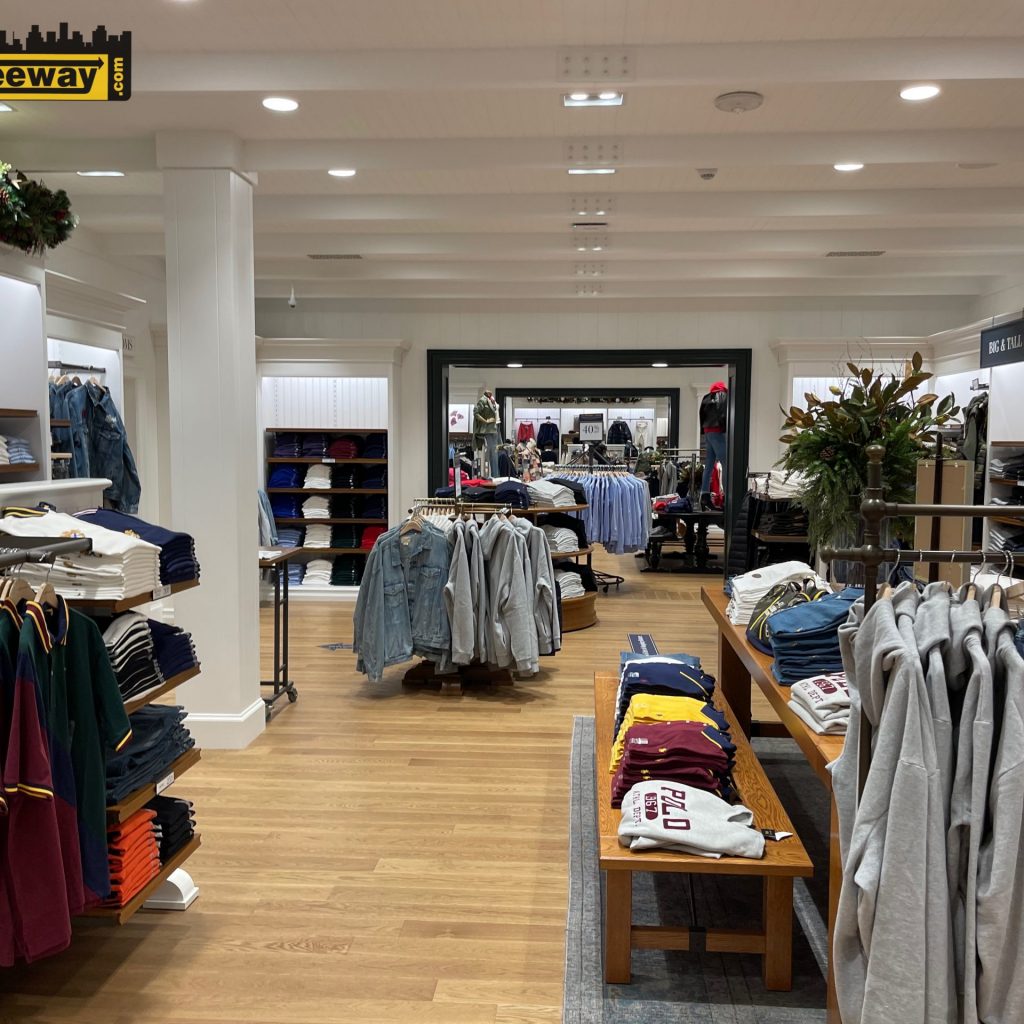 The shelving for the clothing is custom to the space, and has… character.  It’s not just flat shelves.   There are different depths and heights to the shelf cabinets.

Accent trim lines all of the furniture pieces.

And the floor is a real store floor.. not polished concrete.

Maybe I am too much of a geek for this stuff, but I was genuinely impressed with the… dare I say it… beauty of this store!

It’s a very nice sign that after being in the outlets from the beginning in a smaller store, they apparently had enough success to DOUBLE the size of their store, and put significant capital into making it such a high-end looking store.

Outlets: Food Options Are Lacking.  Bring on the Food Trucks

Let’s be honest, no one was a huge fan for the food court offerings.. but it was something.   And “something” is what most shoppers need to eat when walking around for a couple hours.  “Let’s stop at the outlets and then grab a bite to eat”

And with the takeover by Ralph Lauren, the Food Court at the Gloucester Premium Outlets is no more.  Well for at least a year.

The only full restaurant option in the Outlets is Friendly’s.

Sure there is a Starbucks and Auntie Anne’s.   But really not much beyond that.

So outlet management is not clueless to this fact, so they have been filling in that need by bringing in food trucks.

Today in the center court they had Green Machine Smoothies, House Of Cupcakes and Matty G’s hot dogs in a traditional stainless steel hotdog cart.

At the immediate curb out front were two more food truck’s… one being lobster rolls.

And they are also featuring a candied nut vendor (I forget the name!)

So this is a good idea to fill out some food offerings and to give some local small business opportunities in what is probably the food truck off-season, but yeah… it’s strange that there aren’t additional options.

In the next few weeks Dave & Busters will be opening and they have a full kitchen offering.  D&B will undoubtedly be a popular stop for Outlet shoppers, and the lack of food court will definitely give them an extra boost!