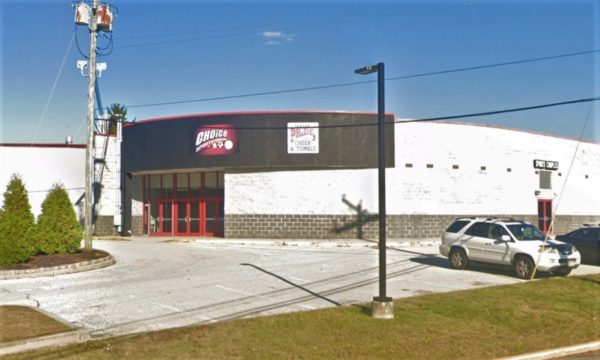 Washington Township’s Hollydell Ice Arena continues its growth campaign by taking over the nearby Choice Sports Arena. They are in the beginning stages of adding to the Choice Sports building an Ice (Hockey) rink, with locker rooms and a snack bar.   The Choice Sports arena currently features inline roller skating, and according to representatives;

the roller hockey rink will stay in place. And we have plans to improve the rink and leagues

Choice Sports is located on the same street as the main Hollydell Ice Arena, with the closest corners of the properties are only 200 feet apart.  The Hollydell team purchased the Choice Sports Arena less than a year ago, in mid-2019.  Many remember when it was called Skater’s Choice.  I’ll admit it.. I skated there many decades ago!

In February, Washington Township Zoning heard the plans for adding the ice rink and other improvements to Choice Sports , and a month later the plans were approved.   The core reasoning for the hearing was that zoning has changed in that area, and the use of the building as a sports arena fits outside of the current zoning…and the planned expansion and conversion to an ice rink triggered the approval process.  The variance requests also included approvals for property setbacks.

According to the Public Notices, the plans include:

…proposal for expansion is to allow for the addition of four (4) locker rooms, two (2) locker room bathrooms, exterior chiller and dehumidifier areas, a storage room for a Zamboni machine, skate rental area, lobby, seating and snack bar area, construction of an ice rink within the existing structure.

Interesting that even with the existing main Hollydell ice rink already in place, they are fully equipping the new Choice Sports rink with a snackbar and skate rental.  I am curious how the usage of the 4 rinks in two buildings are handled once the project is complete!

If there is any question if the project is continuing considering the global pandemic…. 42Freeway saw the construction bid posted just last week.  The estimated value of the project on the bid was set at $5 million.  (I had also  seen the Public Notices months ago… and had hopes of stopping over to Hollydell before posting, but…)

This new expansion into the Choice Sports Arena comes after significant changes in the main Hollydell Arena building.

The already completed expansion at the original Hollydell Ice Area building include:

The two buildings are located on on Holly Dell Drive in Washington Township, which connects to Delsea Drive where the Terra Nova restaurant is located.