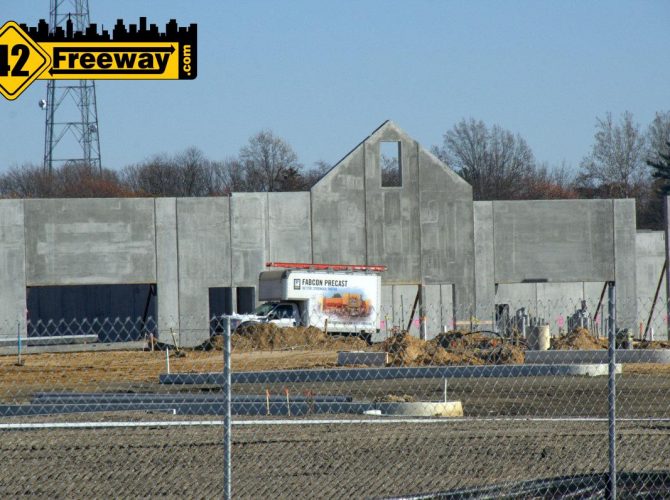 The developers of the Gloucester Township Premium Outlets are not wasting any time, as pre-fab concrete walls have started going up for the new facility.  2015 looks to be an exciting year for Gloucester Township and especially this part of the community.
Pictures were taken from the Italian Village parking lot. 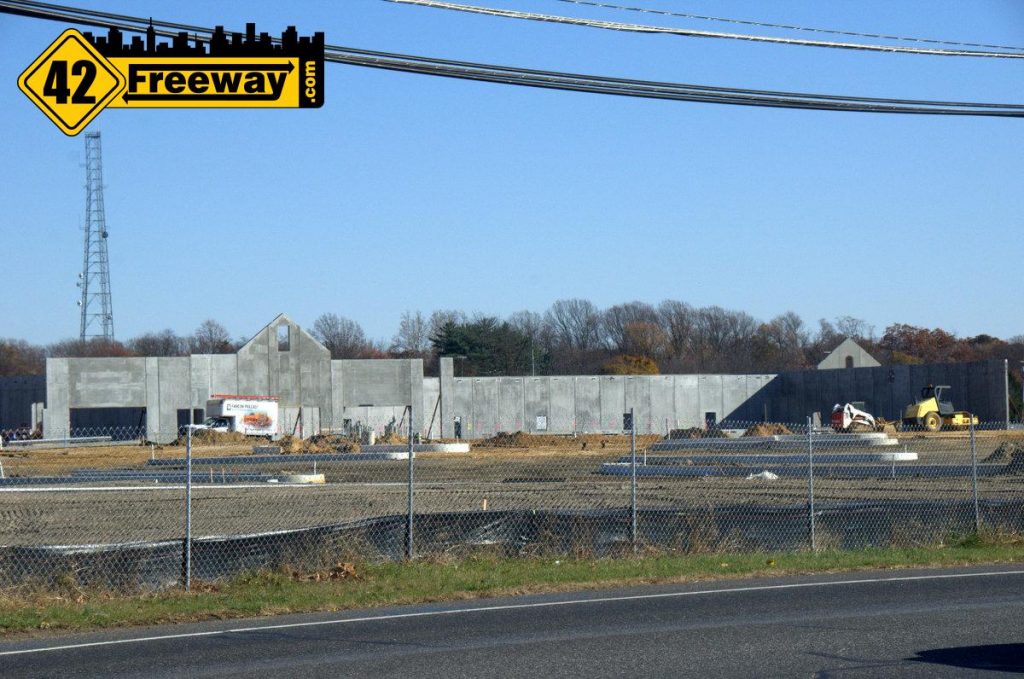 Tim Witcher is a Food Network "Chopped" Champion, a respected educator at a Camden County school, and for his next success he has opened The Wing Kitchen in the Divot's Bar at the Wedgewood Country Club in Turnersville. Stop in and try Tim's delicious Wings, Sauces, Buttermilk Tenders and... fried donut with caramel sauce!!!

42Freeway.com gives a quick and exclusive look at the the upcoming 63,000 square foot pediatric medical facility coming to Deptford Twp.