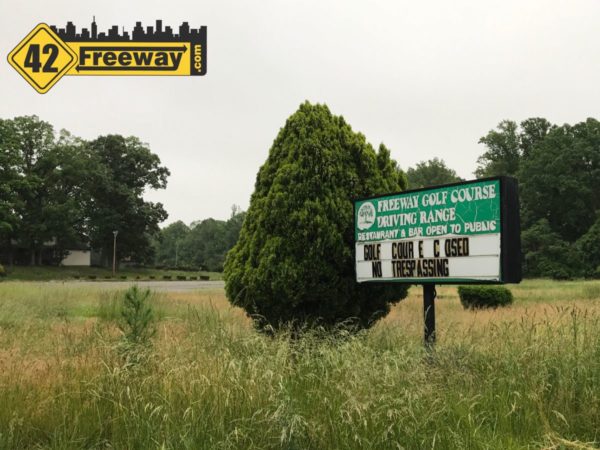 Opened in 1967 as the “First African American owned 18 hole golf course in America”, the Freeway Golf Course closed in 2016 and was put up for sale with an asking price of $2.4 million.  The Freeway Golf Course property is located at 1858 Sicklerville Road in Gloucester Township, down the road from the popular Villari’s Lakeside Restaurant and Bar.

The “African American Golfer’s Digest” reported last year there were several groups interested in the Freeway golf property, with a local developer interested in putting up housing units.

Well earlier this year in January 2017, the sale of the 150 acre property officially closed for almost half the asking price, at $1.25 million.  The buyer was a locally owned property investment company, Black Horse Properties LLC.

In a telephone conversation with 42Freeway a high level executive of Black Horse Properties stated they purchased the property simply because it was a good investment opportunity, and at this time they do not have any immediate plans for the property.

This is very significant because in a growing residential and commercial town like Gloucester Township, the liquor license could end up having a significant value of its own.

We had a very engaging conversation with the buyer’s representative, and we expect that when plans are more firmly defined for the property, you’ll get that information here at 42Freeway