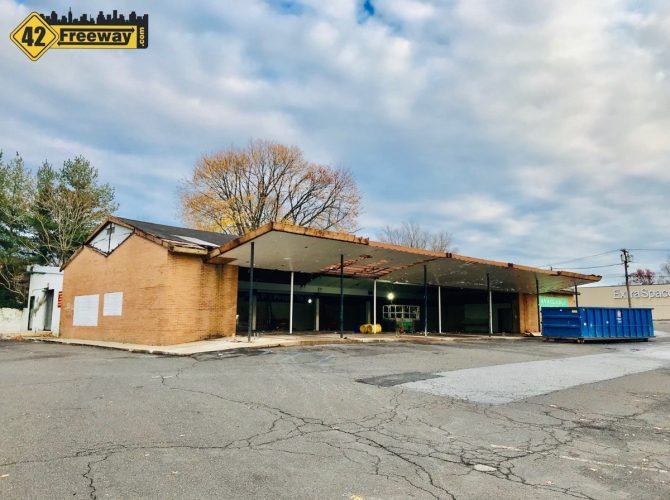 Remodeling construction is well on its way at the former Goodwill store on the Black Horse Pike in Bellmawr.  Sources involved tell us that Enterprise Rent-A-Car has taken a long term lease for the property, and are doing significant remodeling ahead of the opening (well that’s obvious!).

There is some speculation that one or more Enterprise locations in the immediate area will move operations to the new Bellmawr location (consolidating locations), but we have not been able to 100% confirm those plans at this time.

The Bellmawr location does seem to be a prime spot for a rental car facility, being centrally located between exits at Route 295 and the New Jersey Turnpike… not to mention Cherry Hill and Philadelphia are basically a straight drive down the Black Horse Pike.

The new Bellmawr location sits next to Burger King on one side, and the Extra Space Storage on the other side.  The storage business building is best remembered as the former location of Bellmawr Furniture.

Previously we remember the new Enterprise building was home to Color-Tile, Rent-A-Center, a Dollarland Store…    Any others?

This is the second North Black Horse Pike post in a row…  just a mile or two up the road, Bobby Ray’s is taking over and gutting the old Giuseppe’s Bar in Mount Ephraim.  Add in the new Dollar Tree from 2018, the Royal Farms Store in Bellmawr, and the relocated Philly Pretzel Factory… it’s nice to see this area have some positive development projects.

The larger Goodwill Outlet at 330 Benigno Blvd in the Bellmawr Industrial Park is still open!   Yes, if you weren’t aware, for a while Bellmawr had TWO Goodwill locations.  The store referenced in this article (Black Horse Pike) previously moved operations a few miles up the road at Audubon.