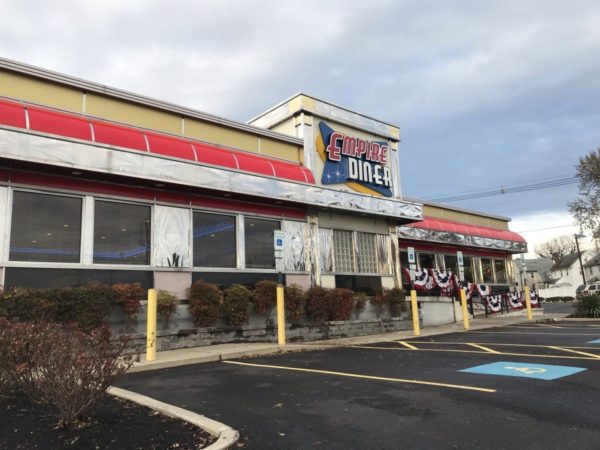 The Brooklawn Circle has always been known as a South Jersey hub for diners with several within a few short miles.  Recently the Empire Diner entered the arena, taking over the famed Brooklawn Diner which sits right on the circle.

While a new owner and a name change alone is borderline “42Freeway worthy”, there are a couple things which makes this change extra interesting.

They are currently BYOB.

We’re a little late on this one as the Grand Opening took place last month.  South Jersey Observer was first with the purchase and name change, and Bob Kelly of Fox 29 did a live broadcast from the diner!

Not too long ago the Metro Diner closed and was replaced with a Super Wawa…   with it’s very large seating capacity pulled from the marketplace, it should set the still new and modern Empire Diner in a position to thrive!

Check out the Fox 29 video below!