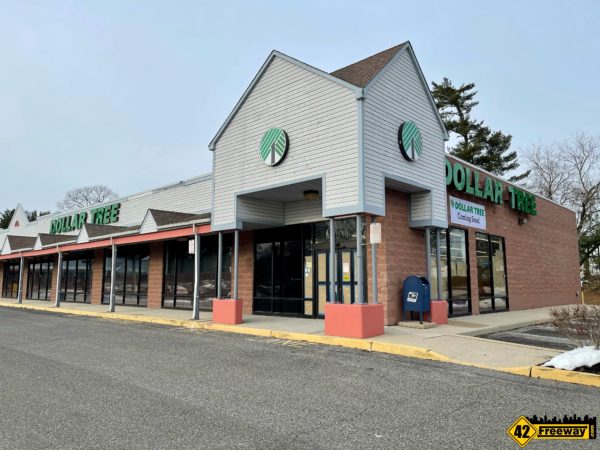 A new Dollar Tree store is getting closer to opening on the Mantua Pike in West Deptford, in a strip mall end unit location which previously housed a CVS Pharmacy.

We don’t have a date for opening, but all of the signage is up, a banner declares “Opening Soon”, and workers are in the store building things out.  It can’t be too far off!

This space has been open for just a couple years, when CVS decided to build an all new pharmacy building across the street.

Dollar Tree and Dollar General stores are popping up all over the area, and the distinctive difference is Dollar Tree is a true “everything’s a dollar” dollar store, whereas Dollar General is general variety store (think “pharmacy store without the prescription drugs”)