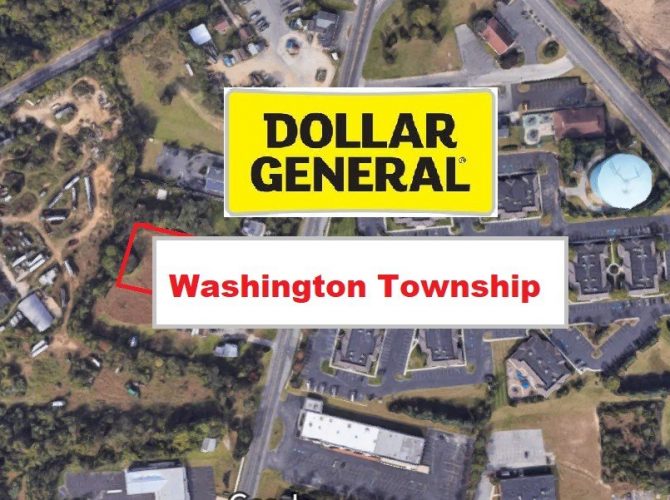 The Dollar General Domination grows, as they continue their South Jersey expansion with plans to build a store on Delsea Drive, Washington Township…  very close to the Five Points Intersection.   The exact location is 143 Delsea Drive, and the new 10,640 sq ft freestanding building will sit just one small lot past the Five Points Car Wash,

The developers will appear before the Washington Township Zoning Board on July 13th.  The meeting starts at 6:00pm.  Residents are allowed to attend, and materials can be reviewed in advance at the Municipal Building.

There is already a Dollar General very close to this location in the Village Pub Shopping Center, and we can only assume that the new free-standing store will replace the existing one.   The new store at 10,000 sq ft will possibly be larger than the existing store, and also fit the Dollar General retail experience better.

After decades of mostly stagnant growth in the busy intersection and down Delsea Drive, this proposal comes right after construction started on the realigned Blackwood-Barnsboro Road and Super Wawa, with a not-named-yet fast food restaurant.

A little further down from this proposed Dollar General, the beautiful Fetch Pet Resort recently opened!

Seven Star Diner is waiting for indoor dining to resume before the open again, but they are also looking to add additional stores to the back of the lot.   Siteplans that we’ve seen for prior efforts included an Autozone store (which later was developed by the Deptford Home Depot)

Also planned close by on Rt 41 in Deptford is a massive warehouse project and small retail center along Rt 41.  That project goes before the planning board this Wednesday!

Additionally, many years ago the Wainco – Benderson companies were planning a very large shopping center development along Rt 47, from 5-points to the Rt 55 exits.  Rumors at the time was a third Deptford Walmart was planned as part of the center.  Wainco had also secured a liquor license that has since been sold (we believe to the Mall for the new Round One entertainment center).   While that project is still listed on the Wainco site, the listed project description now says “575 homes and 100,000 sq ft of retail”.   We don’t believe anything is happening with this project. 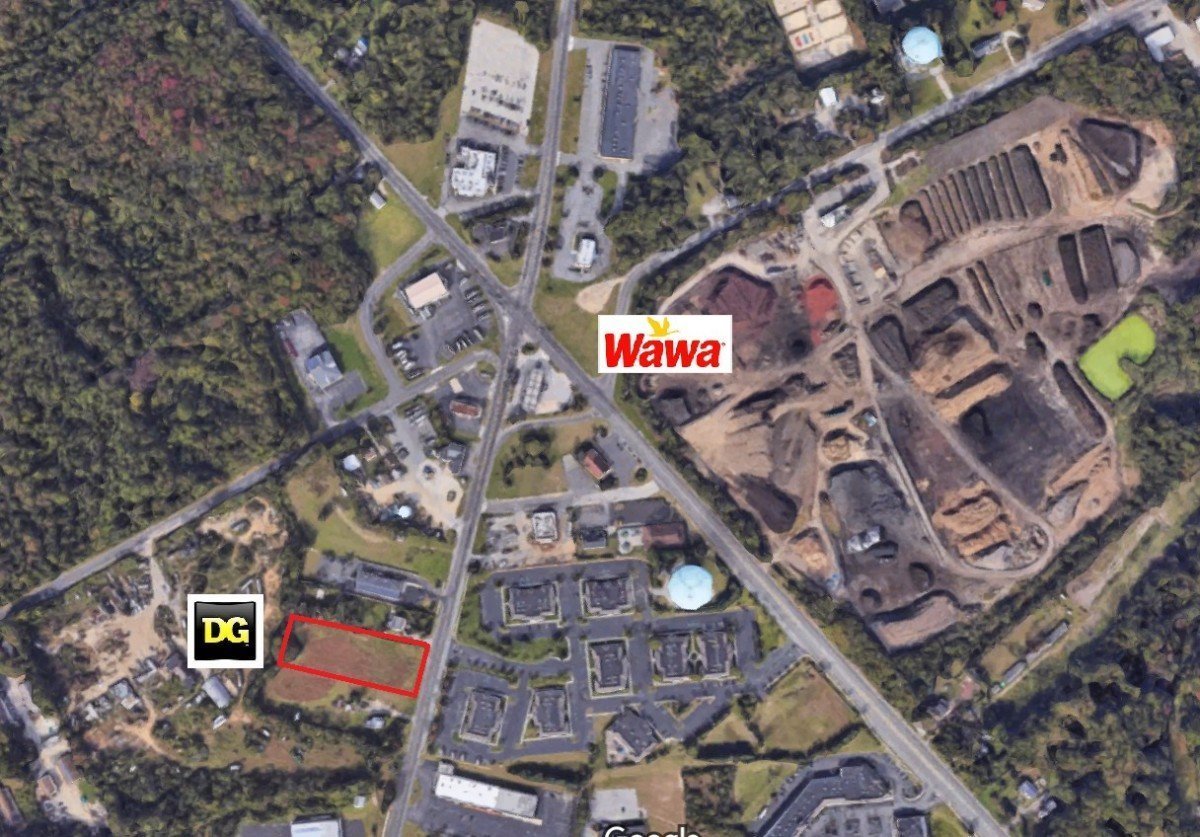 Construction of Tim Horton’s Stratford Location To Start Within the Week According to Borough. Four Month Project
Last year we were all surprised by the news that Canadian Coffee and Donut shop Tim Horton's was planning on coming to the White Horse Pike in Stratford NJ.  This week the town of Stratford is boldly saying that construction will start within the week, and it will take 4 months to build. Article includes my rambling thoughts on Tim Horton's and coffee in our area.
42Freeway Tries the Gobbler Panzarotti from Tarantino’s. Only at Franco’s Place Westmont! (Video)
Over at Franco's Place in Westmont New Jersey, you can get a Gobbler Panzarotti... yes Turkey, Stuffing and Cranberry sauce in a deliciously crisp fried panzarotti, on and pour on the Turkey gravy! This is the Original Tarantini Panzarotti... Gobbler style! Taking the Thanksgiving "Season" to a whole knew level! We have a video taste testing tour at the bottom of the article... click the image below! And if you are wondering "what is a panzarotti?"... well it's a South Jersey staple and we explain that also!
Medical Marijuana Dispensary Proposed for Monroe Township. Black Horse Pike and Cross Keys Rd. Oct 22nd Planning
The October 22nd Monroe (Williamstown) Township Planning Board meeting will be reviewing a request to open a Medical Cannabis dispensary on the Black Horse Pike at the Berlin-Cross Keys Rd intersection, on the left side of the building which also houses Tires Plus.