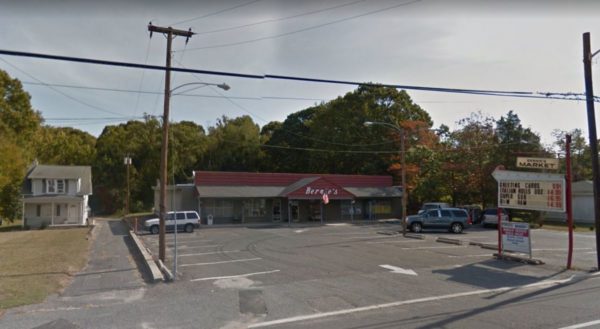 This one probably may not have wide appeal across the 42Freeway region, but for those who lived around Bernie’s Market on Glassboro Road in Wenonah/Deptford, this will come as a surprise.

In early March of this year, Dollar General representatives appeared before the Deptford Zoning board to ask for variances needed for them to expand and remodel the old store building, demolish the house which sits to the side, and do significant lot improvements.  While many consider the area of Bernie’s to be Wenonah, it actually sits within the borders of Deptford (which shares many different zip codes with surrounding towns and can cause border confusion).

Zoning changes were needed to combine the three lots into one property and to clarify the zoning for the retail store.

Town groups in Facebook are filled with loving comments about Bernie’s which closed somewhat recently after the two proprietors Tony and Bernie passed away.   The Google Street View image from 2015 shows their roadside sign promoting greeting cards, hoagies, rolls and lunchmeat… a true small town market, that you just don’t see any longer.  Just 18 months ago the store was still open, as NJ.com reports on a robbery taking place there.  It seems soon after they closed.

The small town market concept will not be completely lost when Dollar General takes over, as they have basically become the modern era’s small town store, and America is adapting to them.   December financial reports for the company show record sales, profits… and plans for rapid new store expansion

42Freeway was not able to attend this zoning meeting, but we did hear from town representatives who stated that area residents did appear at the meeting to ask questions and voice concerns and after comments and discussion, the zoning board approved the changes.

At this time we are not aware of the timeline for construction.