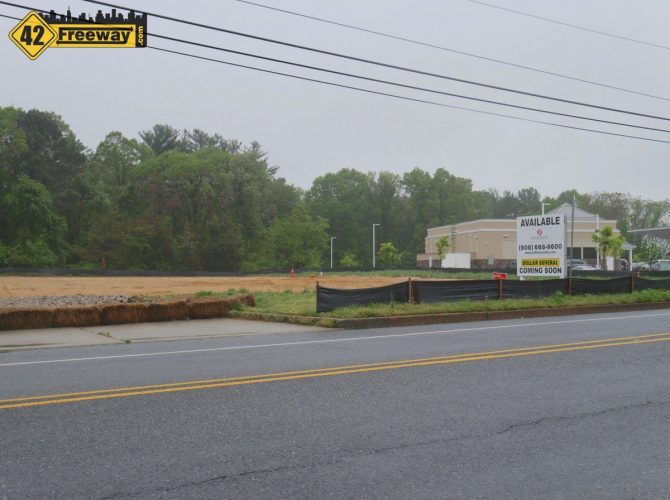 A Dollar General store is being developed in a brand new building, to be located behind the new “Clancy’s” Super Wawa on Woodbury Glassboro Road.  The location for the new Dollar General was previously a bank, which was demolished and it’s closest entrance will be on Lamb’s Road, but it seems this will be on a new access road which will lead to a new retail development on the other side of Wawa.

Details from the Jeffery Realty website show that this is just the first store of a multi-tenant 10 acre development which will start with the development of the Dollar General behind the Wawa, but will actually have it’s core property with frontage on Woodbury-Glassboro Road as the development will wrap around behind Wawa and encompass the land next to the Wawa.  The siteplan shows the Dollar General being positioned a bit off of Lambs Road on a new access road which apparently will be an entrance into the large development, and 7 store locations are spec’d out in the siteplan but that could change as tenants sigh on. 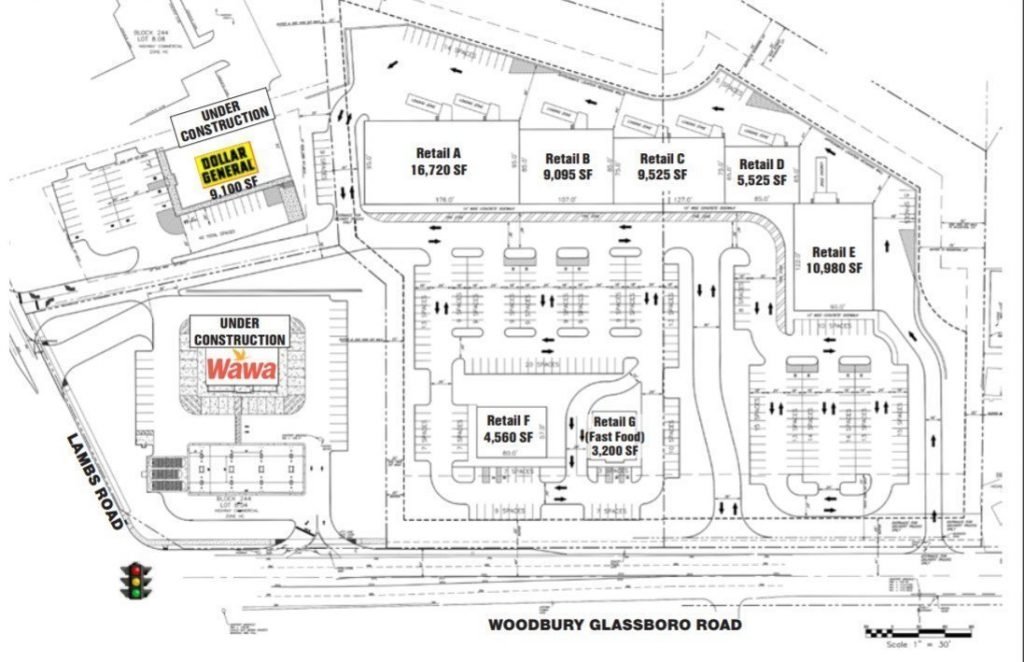