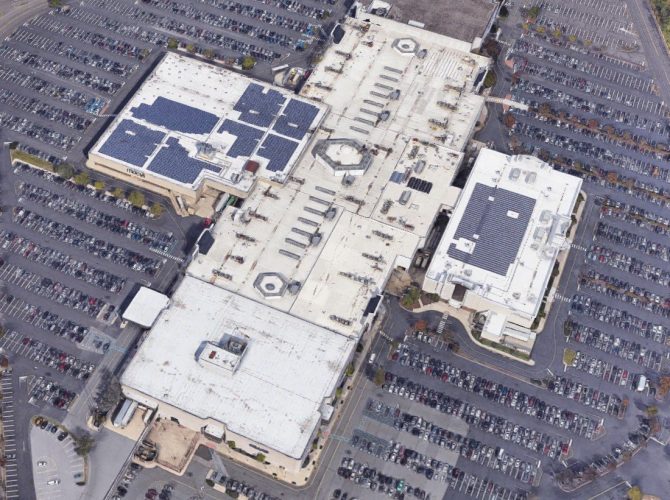 BWF License was owned by a North Jersey developer who owns land along Route 47 (more about that in a second), and CS Deptford, LLC is a new company seemingly started to “hold onto” the liquor license while the new owners determine exactly what their plans are for the license.

42Freeway did some research on the company who purchased the license, and spoke with a person very directly involved.  We were told that the liquor license was acquired by someone involved with the Deptford Mall property, and while details are still being worked out for what that final business will be… the CS Deptford LLC Company will hold onto the license in the interim.

I don’t like posting rumors, so the above was written with strong confidence.

Where will the license be used?

Speaking of rumors..,  a few are circulating about new “alcohol” offering business(es) coming to the Deptford Mall… including one story that would have a restaurant moving into a converted Sears Auto Center building.  It’s tough to pinpoint them to Deptford right now, as a lot of creative solutions for closed Sears properties are being implemented around the country, and some of those stories could be getting incorrectly applied to Deptford.

Also, my prior post of Dick’s Sporting Goods coming to the mall calls out that on the lower level where Dick’s is located, they seem to be leaving a strip of space the same depth as Ruby Tuesday’s… making one thing additional eateries with outside entrances (like Cherry Hill Mall) are in the plans.

Not to mention we still don’t know what is planned (if at all) for the second floor of the now empty Sears building.

One early rumor which hasn’t panned out… Dave and Buster’s was apparently originally planning on heading to the Deptford Mall, but this year they gained approval to open in the Gloucester (Township) Premium Outlets.

All that being said, as of Tuesday January 15, 2019… it is unclear what the plans are for the Deptford Mall’s newly empty stores, or additional alcohol serving businesses.

But that information could be coming soon.  We’ll be keeping an eye on things!

In November 2005 when the housing, banking and real estate markets were in full “boom” mode, the Courier Post had the story of Benderson development wanting to build a $100 million Town Center development in Deptford NJ.  This project would run along Rt 47 at the base of the landfill, and across the street.  It’s actually a very good property for such a development as it sits at the route 55 entrance (of Rt 47) and is a direct path into Washington Twp at 5 points, as well as Deptford.

Just two years later in 2007 the global economy went into a tailspin, with banking, lending, jobs and consumer spending drying up.  People were more worried about having a home than a new retail center.  So the project development halted.   Also around this time lawsuits were taking place between Deptford, Benderson and Transtech (Landfill).  It’s a lot confusing so I’ll spare you the details.

Today, plans for the Deptford Town Center and Deptford Commons development are still posted on the Wainco Realty website (affiliated with Benderson), and in fact they say “This property will be under construction in 2015”.     They state the property will “include a mixed use development that will include 400 homes, 700,000 SF of retail space, 2 hotels, a multi-plex movie theater and 3 national chain restaurants”

Also, a Deptford “Economic Summit” in 2016 indicates desire for development of the Benderson property, and outlines the “Five Points Redevelopment” area, which is divided into 3 distinct areas around the landfill.

And with all of this planning, reporting and chatting… the Benderson Companies owned a prized Liquor License.  For almost 15 years.

I knew that liquor license was available for purchase for a few years.  I knew that it had a high price.

And now Benderson doesn’t have it any longer.

So what does that mean for the Benderson Deptford Commons project?    I literally have no clue.. and in the past I have tried to speak to folks at Wainco/Benderson but got nowhere.

As I mentioned on my rambling long Missing Moves video, this stretch of highway has several large project properties in the immediate area with Bellmawr, Deptford, and Richwood (Mullica Hill).  Is there just too much “potential” projects for a tightening retail climate… and does the “big score” of Gloucester Township getting an outlet mall, coupled with the success of the Deptford Mall area… really dampen prospects for these long dormant retail projects?

Maybe it’s time for some of these Route 55 properties to start targeting Amazon warehouses or the GoPuff kids!?