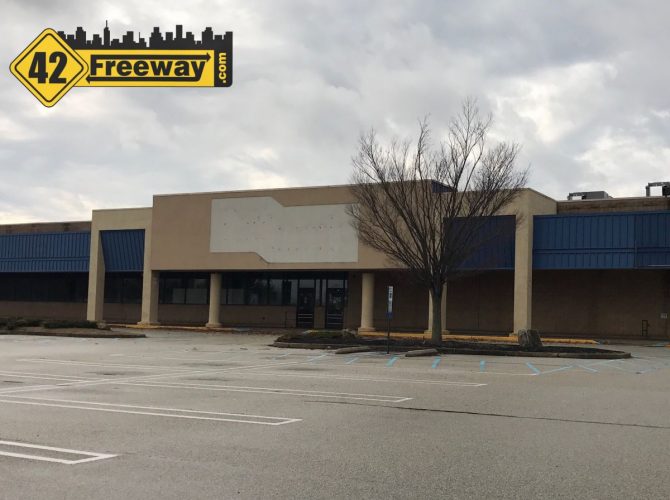 The old Deptford Pathmark is about to see new life, as Edge Fitness recently signed a lease on 36,000 square feet of the building.  This is the second planned Edge Fitness for the area, after we recently posted about construction starting for a Washington Township location.

Edge Fitness is a New England headquartered full service gym, and they are making a push into New Jersey.

I heard about the gym’s plans last year, as they had approached the town regarding zoning and planning, but I didn’t have anything solid to go off of at the time, and I try to be careful about posting things on hearsay.

NJ.com recently published an article on several of Deptford’s new projects, and called out the Edge gym.  (They also gave a couple shout-outs to 42Freeway!!  Thank you!!  But more on that later this week…)

Adding to the mix, Costar Group published a small article this month announcing the signing of the lease for the facility.

And the last “media” call out for the gym, is that Edge Fitness put together a cute “We’re coming to Deptford” announcement video.   Click below!

An ironic little story… last summer I sat in the planning meeting where the town was starting the process of taking over the two Clements Bridge Road commercial projects, citing a lack of upkeep and development.  (The town did back-off their plans, but delivered a very stern warning that was taken very seriously by the owners).  Anyway, this pending action brought out all of the owners and their attorneys.  The owners of the Pathmark center are a very old and quiet couple from the south, and their attorneys did most of the talking.   There is more to the story, but simply they were saying the economy was still dead and retail was worse.  They couldn’t sign leases.  So after the meeting I confronted them and said “Deptford just brought in 10 new large retail stores; Burlington, Hobby Lobby, Home Goods, Christmas Tree Shoppes..etc.  Gloucester Township just developed a 90 store outlet center, and even Brooklawn leased out their closed K-Mart with a Planet Fitness being featured… and you’re telling me no one is leasing?”.    And now it seems they are doing exactly what Brooklawn has done successfully.  Not that I take credit.  🙂

And as we reported previously, Anytime Fitness is also coming to Deptford and the building looks like its only weeks away from opening.

I’ve been mostly quiet lately…  many, many, many stories I have that I haven’t taken the time to publish.  Life got very busy over the last 18 months, but I expect to focus more on 42Freeway going forward.   More on that to come…

Build-your-own-burgers arrived in Washington Township back in August, with the opening of Burger Barr, across from the High School! High quality ingredients and options!

The Deptford Center Shopping Center is slated to double in size by building out the back of the property, and adding TJ Maxx, Marshall's, Home Sense, and Joanne Fabrics.... adding to the already existing Target and BJ's! Metro Commercial documents online indicate an Spring 2020 opening, but that is probably going to change.
This Post Has 2 Comments