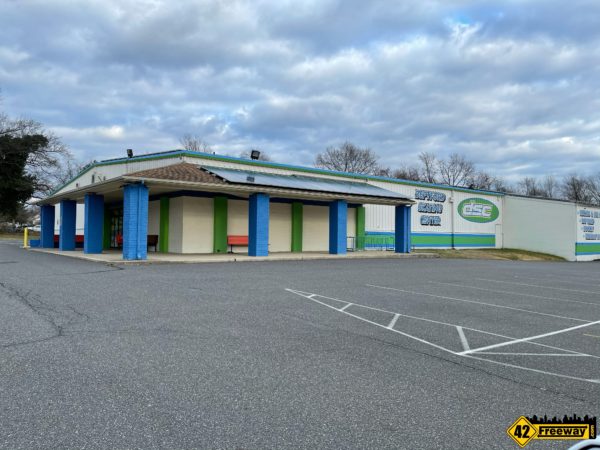 The Deptford Skating Center announced via an email letter that on January 23rd they are closing their doors, citing revenue losses from the pandemic.   The Monitored Learning program will remain open until January 29th.

While I could not pinpoint their opening year, the earliest news article I could find was 1973… and I’ll date myself by saying 42Freeway Mark was a regular skater at the Deptford Rink from the 70s into the 80s!   The Deptford Skating Center has been a part of the community’s families for 50 years or more, and this one really hurts!

The Deptford Skating Center was also hosting a monitored learning program, where kids could do their remote learning while at the skating center.  The letter which was emailed out to participant families and others on the Center’s email lists,  states that the monitored learning program will continue until January 29th, to give parents some additional time to find other options.

The pandemic has hit us very hard and we are unable to continue our operations.  We tried to stay open as long as we could to assist during these difficult times, but that is no longer a possibility.

Over the years (since I was a regular!) the Deptford Skating Center had enhanced their entertainment offerings with laser tag, Fun Zone play area, an ice cream stand.. and more! As children’s interest changed, the classic roller rink of our youth evolved with them… and all indications were that the Deptford Skating Center was succeeding!

But it’s tough for any business to survive practically a year of no business or significantly reduced revenue.

Tax records show that the 3 acre property and building carried a $55,000 tax bill…  which still needed to be paid.  Utilities, employees, loans… not to mention loss of income of the owners… well all that money is still being paid out for these pandemic impacted businesses, and you can only float things for so long.

I grew up in Bellmawr on the Brooklawn side of town, and the Deptford Skating Center was a 5 minute ride from our house.

I remember the afternoons spent at the roller rink.  I was a little speed demon… that pesky kid who could go fast, but had no idea how to stop! ha

My brain has etched in memories of the snackbar and the white menu sign that had the little black individual letters to spell out the hot dogs and sodas that were offered.

As I got older I remember the video games and pinball machines lined the wall past the snack bar tables.

The Chicken Dance!   Who can forget the chicken dance!?  Or skating backwards sessions!

When me and my friends became young teens.. well we started realizing girls weren’t as icky as they used to be, so when the neighborhood girls wanted to go skating, we weren’t saying no when asked!   ha!

Deptford Skating Center was the first choice, and occasionally Skater’s Choice and even Echelon… were in the rotation.

I remember going with a friend to Echelon for Teen all-night skating!   Literally something like 10pm to 8am!   We never stopped.

Then the third phase of skating kicked in as I was older and had my own kids…. and Deptford was the skating center of choice as our family home was in Bellmawr.

And then other family members had skating parties for their kids.  I remember them all so well.

My point of this memory lane is… the Deptford Skating Center and it’s peer facilities in the area were a key part of American family life.  Of South Jersey Family life.

We loved it as kids, and later on we took our own kids.  Great fun, great memories.

Parents today complain about kids playing too many video games, or always on their iPads…   “Go outside and play!”  “Stop eating snacks all day”

Well now there is one less place to take the kids…  to get them out, and get them active.

And with the Deptford Skating Center closing, after so many other awesome skating facilities have closed…

Well it’s absolutely sad for the Owners and employees of the facility… and the fans and community are also feeling the sadness.

Bud damn doesn’t it feel like a part of America is disappearing?

We don’t know what the plans are for the facility.  Many of those bills don’t stop because the lights are off.

In the olden days, even before the Deptford rink was there… the kid’s of Little Rascals TV fame would see a situation like this and put together show!  They would try to raise the money!

Unfortunately tho, in these modern times the problems can just be too big.  I’m not sure what can be done to save the skating center.

I’ll be reaching out to the owners to see if I can find if there are any plans in place.

While not really an offering of comfort, a quick google shows there are other skating centers still operating in Cherry Hill, Franklinville and other communities.  Hollydell has taken over the old Choice facility (now called Hollydell North) but it seems they focus more on roller hockey.